Queen Elizabeth II of England celebrated her Platinum Jubilee in June 2022, having ascended to throne on June 2, 1953. Six years earlier, in 1947, then Princess Elizabeth married her late husband Phillip, the Duke of Edinburgh at Westminster Abbey in London. The post war year saw the births of Reginald Kenneth Dwight (Elton John), Lew Alcindor (Kareem Abdul-Jabbar) and the CIA.

CBC Settlement Funding, a "pennies on the dollar for your structured settlement merchant" out of Conshochocken Pennsylvania 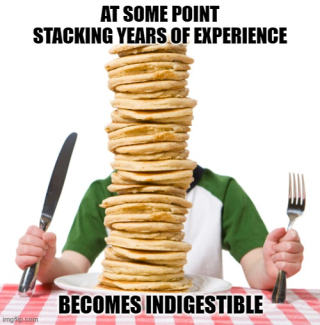 has a penchant for quantity over quality in its choices of partners for lead generation. Today CBC Settlement Funding deserves an absolute roasting for their continued use of Sell Any Annuity (sellanyannuity(dot)com), which shuns "stack formation" and makes the grossly misleading claims that it has 75+ years of experience, implausibly putting its establishment back to a time before Rock N Roll and Motown,  the Korean War, the Vietnam War, the Yom Kippur War, in the year 1947, when a loaf of bread cost 13 cents, a gallon of gas cost 15 cents, when Jackie Robinson first took the field for the Brooklyn Dodgers and Miracle on 34th Street was one of the year's hit movies.

The first Private Letter Rulings related to structured settlements did not appear for 30 years and the Periodic Payment Settlement Act of 1982 was 35 years later. 54 years later came 9/11/2001 and the Victims of Terrorism Tax Relief Act of 2001, which (among other things) established IRC 5891 (a watershed moment in structured settlement factoring) and 62 years later, in 2009 was when CBC Settlement funding was established. But Sell Any Annuity wanst you to believe 75+ years of experience, ROFLMAO!

In this context, stack formation is a "fake it 'til you make it" marketing deception in which a company "stacks" years of experience of multiple individuals to create an illusion that a young company has been around for a long time. A more honest and ethical approach to consumers, in my opinion, would be to use average years of experience.

A company states that its employees average 7.5 years of experience.