The Florida Legislature finds that it is a public necessity that the personal identifying information and annuity contract numbers of a payee of a structured settlement and the names of family members, dependents, and beneficiaries of such payee be made exempt from s. 119.07(1), Florida Statutes, and s.21 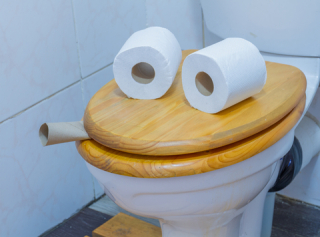 State of Florida calls out fraudulent actors in secondary market

24(a), Article I of the State Constitution. "Recipients of structured settlements have been targets of criminal and fraudulent acts based upon publicly available identifying information and are especially vulnerable during transfer proceedings to fraudulent actors purporting to be from legitimate entities. These fraudulent actors may use such information to intercept transfer payments or obtain other sensitive information, such as bank account and social security numbers. The Legislature finds that the harm that may result from the release of personal identifying information and annuity contract numbers of a payee of a structured settlement and the names of family members, dependents, and beneficiaries of such payee outweighs any public benefit that may be derived from the disclosure of such information during the specified period".

"The incessant calling... I felt like I needed to sell the rest of my payments to get it to stop"-Annuitant

Beneficiaries of such payee contained within a court file relating to a proceeding for the approval of the transfer of structured settlement payment rights under s. 626.99296. Such information shall remain exempt from s. 119.07(1) and s. 24(a), Art. I of the State Constitution during the pendency of the transfer proceeding and for 6 months after the final court order approving, or not approving, the transferee’s application. This paragraph is subject to the Open Government Sunset Review Act in accordance with s. 119.15 and shall stand repealed on October 2, 2027, unless reviewed and saved from repeal through reenactment by the Legislature.

The proposed Florida amendment Bill 1526 will make some factoring companies happy as it puts a damper on poaching of deals between competing structured settlement factoring companies.   Florida has a large concentration of such companies in Broward and Palm Beach counties.

Company A spends millions on advertising and makes the initial contact with a Payee.  A customer enters into a purchase and sale agreement and a structured settlement transfer petition is filed. This alerts court scrapers who feed highly profitable leads to competing pennies on the dollar merchants, who will attempt to gazump Company A's offer through any means possible.

But what has been missing for two decades and still is missing is a licensing standard giving a regulator the power to fine, suspend or revoke licenses to do business in the state. There are no regulated standards of practice in the structured settlement secondary market, unlike other financial industries despite clear and convincing examples of malfeasance.