The Lape lawsuit against Structured Asset Funding/123 Lump Sum stems from a series of transfers in which SAF/123 Lump Sum allegedly induced New York resident Philip Lape to come to Florida to do the deals even though they knew he was a resident of and domiciled in New York. As reported here, the May 26, 2020 Complaint against SAF/123 Lump sum includes copies of emails from Mel Luback, then an employee of Structured Asset Services that speak for themselves, highlighting who induced who as well as the manufacturing that was done to do the deal in Florida. As one would expect, part of SAF/123 Lump Sum's defense has been to attack the customer and alleged victim for in pari delicto, saying they were complicit in the fraud. Forum shopping was a dirty little secret of the structured settlement factoring industry before it began to get exposed in a series of legal cases and chronicled here. One not so shining example was Judge Michelle Morley's courtroom in Sumter County Florida, which figuratively served as a structured settlement forum shopping "convenience store" until Florida's structured settlement transfer laws were tightened up in 2016.

As predicted, Structured Asset Funding argues the following in its submission to the New York State Supreme Court in Monroe County New York earlier this month...

Simply stated, the Complaint and the documents remitted by Structured Asset on this motion demonstrate that Plaintiff is asking one of two things of this Court. He wants the Court to reach a different determination about his domicile than was reached in Florida, because that different conclusion is the basis for finding that the Florida proceedings were fraudulent and “fatally flawed.” Or he wants the Court to issue relief to him notwithstanding what would be his own active participation in a purported fraud. Indeed, he would have participated in multiple different Florida proceedings spanning multiple years without ever raising any issue as to his purported disagreement with domicile. In fact, almost six (6) years went by before he even raised it in this Court. Moreover, he admittedly made at least one in-person court appearance, signed no lease (sic) than five sworn statements attesting to his domicile and actively obtained his license, apartment and bank accounts in furtherance of the proceedings. It is well settled that courts will not grant relief to one who bases his claim upon his own illegal act, or a transaction in which he was an unlawful participant".

In What You Need To Know Before Selling Structured Settlement Payments in 2021, one of the cardinal rules for consumers is " If a Representative of a Structured Settlement Buyer or their Lawyer Tells You to Lie About Your Residence, Run Now!" . Forum shopping is a sucker play for structured settlement annuitants. 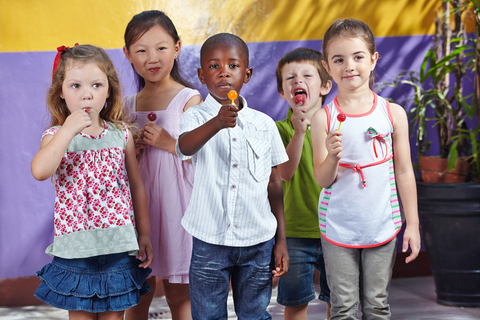 Forum Shopping is a suckers' play. It's safer and cheaper to buy a Tootsie Pop

Structured Settlement Holders | Beware the Function "at The Conjunction"

Some of these actors may show up at your door or in a Zoom meeting wearing a shirt emblazoned with the trademarked logo of one or more insurance companies and may also use the term "in conjunction with" an insurance company sales proposal.

What does the phrase "in conjunction with" mean?

The phrasal adverb "in conjunction with" means done or used with something else, according to Collins English Dictionary. If one thing is done in conjunction with another, this means that the two things are done or used jointly or together. This phrase can be used in normal speech, but can also be a legal term, usually used on things like coupons. A coupon may detail in the fine print that it cannot be used “in conjunction with” any other special offers or discounts. Source: The Word Counter

Avoid Getting "Far and Tethered"

It's a good practice to avoid getting too "far and tethered" before verifying if the individual and company is authorized to do business in your state and holds relevant professional licenses.

Today I received a call from a New York City structured settlement annuitant, a person of color who was cold called from a a court scraping structured settlement factoring company representative that attempted to prey on desperation by suggesting actions be taken by the annuitant that would have constituted fraud on the Court in a neighboring state.   Fortunately the annuitant contacted me. Message to the dirt ball who attempted to prey on the nice lady, your name and numbers have been duly noted should your name come up again. I dialed each of the 202 and 407 numbers numbers February 25, 2021 and did not leave a message, just so you know I'm aware of who you are. Check my numbers in your caller ID.

The sad thing is that the annuitant contacted the attorney who settled her medical malpractice case, who is recognized as one of the premier medical malpractice lawyers in New York City, but purportedly indicated that his work was done when the case settled. I could not help but wondering how many annuitants contact their attorneys, get a similar response and subsequently become victims to cash now predators. It doesn't have to be that way,

I devote a significant amount of pro bono work each year as the Structured Settlement Watchdog®. Read about the mission and watch the video. I encourage New York City trial lawyers to become aware of the service provided to structured settlement annuitants. If they are too busy to answer these folks' questions, then at least save them from becoming fresh meat.

Over the years I've covered a number of individuals or entities in the structured settlement secondary market who use paid actors to give testimonials. In many cases there is no disclosure that these are paid actors or actresses.

I'm October 2019, a Delaware based structured settlement factoring company that solicits business in the United States posted video "testimonials" from individuals without any noticeable imperfections, speaking in glowing words from waterfront property. Barely visible words in ant-sized "micro-print" state that the testimonials are portrayed "by paid actors to protect the privacy of customers". That's a small positive, but farcical, in my opinion. If someone is in such bad shape that they are willing to trade their stable source of income for pennies on the dollar, do you believe they have the money to get gleaming white veneers on their teeth?

The following video titled "These Actors Will Read Anything That You Pay Them" is an Inside Edition investigative report that takes a serious, but humorous look at paid testimonials.