The pillory of errant Certified Structured Settlement Consultants continues with a list of previously unmentioned members of the industry that decouple the CSSC from NSSTA and/or cite their professional credential to the "Lebanese institution", Notre Dame University, intead of University of Notre Dame.  Some of the names  included this week as they include Presidents of companies and a former NSSTA leader. All information has been obtained from the public domain.

Special mention for proof reading goes to the THE NATIONAL STRUCTURED SETTLEMENTS TRADE ASSOCIATION (NSSTA) for its Benefits of Membership brochure which says...get ready...

And, I'm not done yet... as if the new Executive Director of Forge Consulting's new acquisition, TSSG, needs any more chop busting:


And to underscore the potential for confusion due to the failure of NSSTA CSSC certificants to cite the correct University, an animation specialist by the name of Bachir El Khoury has a profile on Linkedin that shows that he graduated from Notre Dame University, in Lebanon AND CSSC Bikfaya.

As a reminder, please click here http://www.ndu.edu.lb/About/ndu.mp3 for the "Notre Dame University" anthem

As a further reminder, those who do not enjoy seeing their name in kleig lights can supply proof to this author that they have edited their website, LinkedIn profile, and/or marketing materials to be removed.

CSSC Advertising Problem "Why Didn't NSSTA Notify Us?" They Ask

"Right, people you have to tell me these things, okay? I've been frozen for thirty years, okay? Throw me a frickin' bone here! I'm the boss! Need the info".   Dr. Evil  circa 1997

As industry members begin to realize that the shoes are dropping on the errant promotion of the CSSC designation, I have begun to receive the expected phone calls.

One common question has been "Why didn't NSSTA notify us?"  Some suggested a blast email or one even suggested a certified letter.

My September 13, 2009 blog post entitled " NSSTA Position on "Promoting The CSSC" Certification" contains links to 11 blog posts, a copy of my letter to University of Notre Dame. I also have in my possession (but not linked here) the response from UND and several emails to the NSSTA leadership.

The aforementioned post included the statement that "This author encourages NSSTA to circulate communication to all of its members alerting them to this web page and reminding them about their ethical requirements, under the NSSTA Code of Ethics to promote the certification properly".

On September 13, 2009  NSSTA President Dan Durbin and President elect Mike Kelly  as well as Executive director Joe Ricci, Larry Niemi (Board CSSC liason), NSSTA PR Director and website coordinator Peter Arnold and  (among others) were sent an email which included:

"The NSSTA Code of  Ethics includes in its preamble "Implicit in the acceptance of this Statement is an obligation to act in a professionally responsible and ethical manner when providing structured settlement services". The posting the page "Promoting the CSSC" on the NSSTA web site is a positive, however it needs to be more front and center, in my opinion.Right now its buried under "meetings". Someone landing on the home page would never know it's there I also think that NSSTA has an obligation to notify the "nearly 550 structured settlements consultants (who) have earned the distinguished CSSC designation" in a blast email or as part of the monthly news blasts with a link as well as each and every NSSTA Member Company?"

Do YOU think NSSTA leadership has some explaining to do?

Post script: Joe Ricci the Executive Director of NSSTA and I spoke on Wednesday October 21, 2009. According to Ricci, NSSTA DID include notification of the guidelines and a link to Promoting the CSSC in a blast email along with the NSSTA newsletter on August 26, 2009 Download NSSTA email blast 8-26-2009. If you overlooked it because the CSSC guidelines were not in the bullet points in Dan Durbin's President's message please make a note to read the entire message.

Ricci also confirmed that the NSSTA Board WAS aware of the CSSC promotion guidelines and had the opportunity to review and approve them so, if you are hungry this morning and in the Detroit area,  bring a knife and fork! Errant NSSTA board member Jim Logan has a 6 egg omelet over his face and that of his daughter and associate Christine Logan Garascia.

The structured settlement watchdog continues commentary about shameless and mendacious credential puffery by structured settlement professionals and settlement consultants by exposing those in the industry who just don't get, or worse appear to not care,  that "4 days in the vicinity of Touchdown Jesus does not make you one of he Fighting Irish!"

Led by the "example" of James E. Logan, CSSC, a member of the NSSTA Board of Directors, the roll call of rank and file CSSC puffers continues... It will continue weekly, featuring a new list of structured settlement puffers, until the problem is corrected. It's unpleasant but these folks brought it on themselves. 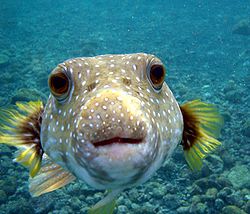 The following people like ALL CSSC designees simply took a 4 day course HOSTED at University of Notre Dame. and at the time of publication did not follow NSSTA guideline for Promoting the CSSC which states:

"The Certified Structured Settlement Consulting (CSSC) program is administered by the National Structured Settlement Trade Association (NSSTA) and developed in conjunction with the University of Notre Dame Executive Education Department. The CSSC is the structured settlements industry’s oldest and most respected designation, establishing educational standards for structured settlement professionals throughout the nation. The CSSC program consists of more than 80 hours of classroom and study culminating in a comprehensive examination and provides an objective measure of an individual's broad-based knowledge and competency in structured settlements"  (bold added for emphasis)

"Lou received his designation as a Certified Structured Settlement Consultant (CSSC) from Notre Dame University in 1994.  No NSSTA linkage and see above regarding name of University.

More to come next week until this problem goes away.


If you don't have time to watch it all, please watch the final 2 minutes. Perhaps you will be as moved as I was and you will then understand why I will continue to fight certain members of the structured settlement industry who continue to get away with the disrespect of this fine institution.And believe me I am not alone.

The National Structured Settlement Trade Association has posted a web page about "Promoting the CSSC", a settlement industry professional certification program that it administers. The page came about after conversations between officials at the University of Notre Dame and the National Structured Settlement Trade Association following a letter (Download Letter to University of Notre Dame concerning CSSC) that this author sent to the University of Notre Dame (also see archive post 3 below) with a request for its position on the extensive credential puffery fomented by certain NSSTA members, including members of the NSSTA Board of Directors, and the NSSTA itself (in a June 2009 press release announcing 2 new Board of Directors).

The publication of the subject matter on the new NSSTA web page is a welcome positive development that should have been in place from the inception of the certification program over 15 years ago. This author encourages NSSTA to circulate communication to all of its members alerting them to this web page and reminding them about their ethical requirements, under the NSSTA Code of Ethics to promote the certification properly.

There is now no excuse for ANY NSSTA member, or other settlement professional ,to simply state that they earned their CSSC from Notre Dame , particularly NSSTA Board members, like industry veterans James E. Logan (who was even copied on the letter to University of Notre Dame in an email on July 14, 2009 sent 532pm Download 1138388839 highlight added for emphasis today-not in original email ), or Doug Brand, who should be setting an example, in my opinion.  Logan's bio page  at 101pm September 13, 2009 reads "University of Notre Dame (Certified Structured Settlement Consultant - CSSC). Another bio NSSTA Board member, Doug Brand appears on Lexis Nexis and states that "He earned his Certified Structured Settlement Consultant (CSSC) diploma from the University of Notre Dame in September 2000"

A third NSSTA Board member referred to in a prior post has changed his profile on his company website to more accurately reflect his credentials. In this author's opinion NSSTA Board members must be held to the highest standard, without exception, even those revered in the industry as Jim Logan and Doug Brand. How about it Jim and Doug?

For the record, this author regrets having to begin naming individuals. What choice is there when even after NSSTA posts guidelines its own leaders are non compliant?

One has to consider that

(1) fair notice has been given (posts below, emails to NSSTA)

(2) the information is ALREADY in the public domain

(3) the information is of public interest and

(4) the fact that NSSTA has only recently posted a web page about promoting the CSSC (after 15 years) is irrelevant because nothing has changed in relation to what the program is (or has been) in relation to NSSTA and University of Notre Dame.

All NSSTA members are encouraged to view their own profiles on the Internet, including social media, to assure that they are not misrepresenting the CSSC certification.

Archive of Articles This Author Has Written to Address the Problem

This author received the following response to his letter to University of Notre Dame concerning the manner in which NSSTA members who are CSSC designees are promoting their association with the school. In his response, Paul Slaggert, Director of Non-Degree Programs stated that he would begin discussions with Joe Ricci (Executive Director) at NSSTA so that the proper use of the CSSC designation can be clarified.

NSSTA members who hold the CSSC designation and the general agencies with whom they are affiliated need to be mindful of how they are currently promoting themselves and make whatever changes are necessary so as not to mischaracterize or misrepresent the credential.

For the benefit of the NSSTA Board of Directors and membership as well as the Administration of the University of Notre Dame and those who have actually earned diplomas there, we are pleased to post comments from NSSTA members and others in relation to this author's exposure of mischaracterization of the Certified Structured Settlement designation by other NSSTA members.

The letter is necessitated by the mischaracterization by many CSSC designees as set forth in yesterday's blog post and 3 other blog posts since October 2007. In addition to writing to Chris Cushman the Program Director of the Execitive Education division that hosts the CSSC program, this author has written to the Director of Degree Programs at the Executive MBA for the school's position on non graduates and non enrollees using the name of the school to imply something that is not.

If you are using the University of Notre Dame in advertising your credentials in a way that omits "in conjunction with the NSSTA" and suggests that you did more than attend a 4 day non degree course then you might wish to sit up and take this more seriously than you previously have. The chains are moving.