Cross Selling is Not Unusual Concept But Where Does It Cross the Line?

Cross selling is not an unusual concept.  If you go into a bank to open a savings account you might be interested in a checking account or a time deposit account or a mortgage. On a future visit to the bank the in house insurance person may try to solicit you for life insurance. But all of those sales are to customers of the bank.

So What is Going On?

What Do Downstream Business Agreements With Insurers Say?

I am aware of at least one casualty insurer where this might present a problem with a vendor agreement. There may be a problem with the vendors of the defense broker and how the data is used.

Is this Simply Opportunism or Is There An Ethical Question to Be Answered?

One Way to Flesh Things Out

The brokers associated with the entity often submit split agreements that attempt to do a commission grab for any type of product sold to the plaintiff, not just the structured settlement annuity, whether the posturing broker had any involvement in bringing about that business or not.  Those that have signed such agreements may wish to review such agreements to see if there is a time limit and if not, explore whether or not any fees are owed to them for other products sold as a result of the type of solicitation described. That a different entity is used for such solicitations muddies up the waters a bit.

Do You Need to Finalize a Lump Sum Payment From a Structured Settlement?

If you want to explore other options for the lump sum consider working with a Sudden Money advisor, who has experience dealing with financial transitions.

According to the public filings in State of Florida vs Jose Manuel Camacho Jr. (Broward  15-3747CF10A), the following companies used Miami based former lawyer Jose Manuel Camacho, Jr of Camacho Law Group to handle  structured settlement transfers during the relevant time period that Camacho allegedly forged 104 transfer orders and filed them with the Broward County Court clerk.  They relied on Camacho's legal work and alleged expertise.

Last week CBC Settlement Funding moved to re-open cases affecting its clients with new counsel and aim have a number of structured settlement transfers (that contained alleged Jose Camacho forgeries) ratified.  Others are apparently seeking a judge to hear the cases in the most efficient way.

In addition to the above named judges, the signatures of the following Broward County Judges were allegedly forged on structured settlement transfer orders submitted by former attorney Jose Manuel Camacho, Jr. to the Broward County Court Clerk:

On November 16, 2015, the Circuit Court for  Broward County recused itself from the case and sought to have the case against Camacho assigned to a Circuit Judge outside of Broward County.

Despite allegedly admitting to the forgeries in a video taped interview and sworn statement [according to the affidavit submitted at the time of Camacho's arrest], Jose Camacho Jr entered a "not guilty" plea at his arraignment.

1. What is being forged? 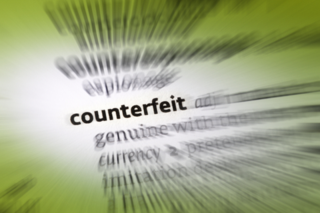 2. What is not being forged?

3. Who has committed the forgeries of structured settlement transfer orders?

The New York forged structured settlement transfer orders involved forged signatures of 76 New York Supreme Court  judges across New York State and 234 counts of forgery by Thomas Rubino.  Rubino,  who was employed at the New York City personal injury law firm of Paris & Chaikin at the time of his alleged crimes,  has admitted to the forgeries according to published reports.

The Florida forged structured settlement transfer orders involved forged signatures of 7 judges in Broward County Florida and at least 104 counts of forgery by Jose Manuel Camacho, Jr., 46, of the Camacho Law Group  PA , in Miami who was licensed to practice law at the time of his alleged crimes.  Upon information and belief, Mr. Camacho surrendered his law license in August 2015.

4. Which structured settlement buyers did these alleged criminals represent?

The alleged criminal that was formerly employed by Paris & Chaikin, Thomas Rubino  (who admitted to the forgeries) did not represent anyone. We can deduce however, from the names of clients who subsequently filed against it for legal malpractice, Paris & Chaikin has represented JG Wentworth, Stone Street Capital and Woodbridge Structured Funding.

Upon information and belief that corrupt lawyer Jose Manuel Camacho Jr., who has admitted to the forgeries, represented at least two Broward County based companies who are members of the National Association of Settlement Purchasers.  He fed them at their Annual Meeting and then one could say that he fed off of them.

5. What is a structured settlement?

What is not a structured settlement?

6. What is a structured settlement lawyer?

7. When did the forgeries of structured settlement transfer orders take place?

Upon information and belief the aforementioned structured settlement transfer orders were forged in the last 3-4 years, although further investigation is necessary to confirm if the practice started earlier.  This author observes that the this time frame has seen the aggregation of some of the worst business conduct in the 20 or so year history of structured settlement factoring.

8. When were the forgeries of structured settlement transfer orders discovered?

Who is 365 Advance Services?

I doubt Cedric Martez Thomas fancies himself as a "sucka". He's a 21 year old with the world at his feet and a cool $1,037,000 in cash coming his way so he can be the next Donald Trump.

Cedric Martez Thomas cut a really bad deal with 365 Advance Services to sell $6.6 million in structured settlement payments for about one fifth that amount  $1,037,000 when our structured settlement secondary market scan says that he could have reaped as much as $2,500,000 in cash.  Too bad he didn't have the capable advice of Number Two,  that Dr. Evil had. The deal was approved in Okeechobee Florida on October 29, 2015.

Cedric Martez Thomas' affidavit submitted with the Petition to Transfer on October 1, 2015, says he wanted to sell his structured settlement payment rights "to invest in real estate".  Just think about the  real estate investing possibilities that Cedric could have had with almost 2 1/2 times more.   I was able to determine that on my first phone call. He could have bought more properties that generated more income. or he could have sold less of his structured settlement to get the $1,037,000 that 365 Advance Services paid him and would have been able to meet his goals and still had a substantial steady income tax free stream of income.

I checked the Secretaries of State in Florida, New York, California, Nevada, Delaware, Georgia and Wyoming and nothing comes up.