A number of current and former structured settlement annuity issuers have made the 2010 Wards 50® of Top Performing Life Insurers:

While a portion can surely be chalked up to methodology, it is notable that some big insurance companies, rated A+ and A++ A.M. Best or those top rated by Weiss did not make the Ward's list.

Insurance companies are evaluated and must pass minimum thresholds to be considered for the Ward’s 50 designation. Each company must pass the following primary safety and consistency tests:

"If You Don't Use Clearscape Your Lump Sum Will Be Taxable"

Our source tells us that an annuitant was in the process of factoring part of a Symetra Life annuity with Factoring company X when a representative of Symetra's factoring subsidiary Clearscape Funding materialized. Purportedly the annuitant was told that if he or she didn't use Clearscape for the transaction the resulting lump sum would be taxable.

I'll leave readers to judge whether factoring with Clearcape is the only way to avoid a taxable event.  I encourage both Clearcape and other factoring companies to respond to this post so that the there is a clear understanding about the tax consequences of selling structured settlement payment rights.

Ever wondered what goes on behind the scenes at an insurance company that writes structured settlements? After watching the paint dry, perhaps you've contemplated how these companies figure out how much to charge so they can afford to pay you for the rest of your life, even if that is to age 105?

During my research for the previous post I happened upon the recent Form 8-K for White Mountains Insurance Group, Ltd that was filed with the Securities and Exchange Commission ("SEC") and reported April 29, 2010.

A Form 8-K has absolutely nothing to do with running

White Mountains of course owns a piece of Symetra Financial and the 8-K provides some good educational insight into the accounting and investment challenges faced by insurers participating in this market segment.

The 8-K demonstrates the risk when writing long tail liabilities particularly those with rated ages, which have the potential to squeeze margins further if a market environment requiring reinvestment at lower than expected yields comes into play.

** as a consumer protection function, most state insurance laws require an annual actuarial certification that liabilities are matched with a corresponding asset. 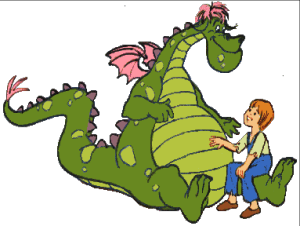 Why do some twits continue to mischaracterize structured settlements funded with Symetra Life Insurance Company annuities, as being provided by a "Berkshire Hathaway entity"?

The obvious answer (as I pointed out in November 2009) was to increase confidence over Symetra's ratings by shamelessly attempting to insinuate the imprimatur of Warren Buffett. I mean nobody appears to making an equally shameless and inaccurate statement that "it is being provided by a "White Mountains Insurance Group Ltd entity"

Link to subsidiaries of Berkshire Hathaway, Inc.  Note there no link to Symetra

Link to subsidiaries of White Mountains Insurance Group, Ltd. Note that there is no link to Symetra

On January 20, 2010 the Associated Press' Tali Arbel reported that Berkshire Hathaway and White Mountains each own 26.3% of Symetra Financial Corp.  Arbel reported that "Symetra,  which was originally slated to go public in November 2007 with a $750.5 million IPO, canceled the offering due to market turmoil just prior to the recession's start. At the time, major shareholders White Mountains Insurance Group Ltd. (NYSE:WTM) , and Buffett's Berkshire Hathaway had both planned to sell their entire stakes".

The bottom line is that there is no need for insurance agents to lie. Anyone who uses a statement that is grossly misleading to induce someone to agree to a structured settlement needs to get their ass kicked around the block a few times.

On the positive side of things Symetra reports improving numbers for the segment in its Q1 2010 results. The following is an excerpt from a statement released by the company on April 28, 2010.

Sales for the quarter totaled $66.3 million, a 64% increase over sales of $40.4 million in first quarter 2009. Income annuity products continued to gain favor with consumers seeking a low-risk investment vehicle that provides income for life. Sales of structured settlement annuities also accounted for growth in this segment".  Full report here

According to the Ward web site, each Ward's 50® company has passed all safety and consistency screens that are part of Ward's certification methodology and achieved superior performance over the five years analyzed.

While Ward's is not one of the 5 most recognizaed rating agencies (AM Best, S&P, Fitch Moodys, Weiss/The Street), Symetra is clearly buoyed by being included on this list.  A number of folks in the industry welcome a return to prominence of Symetra Life (formerly SAFECO LIfe) like having a new market in the industry following a 3 years of market consolidation.