The National Association of Elder Law Attorneys ("NAELA") is working to get Congress to amend  and improve U.S.C., § 1396p(d)(4)(A) with a goal to have amendment completed prior to the end of 2013.

The first amendment, if passed, would authorize disabled individuals under the age of 65 to create a Special Needs Trust  ("SNT").  Currently, a Special Needs Trust can be created only by a court or the trust beneficiary's parent, grandparent or guardian. The current regulations do not clearly address a scenario where a physically disabled individual is mentally competent, not involved in a lawsuit, and without parents or grandparents that are alive, capable and/or willing to serve. 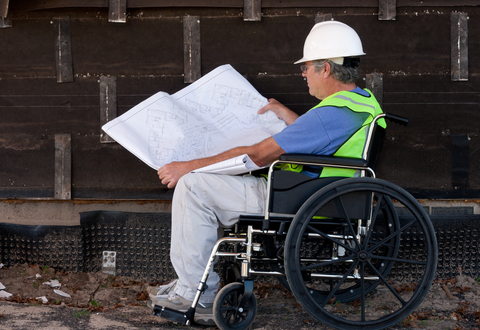 The second amendment, if passed, would permit military retirees to assign their pensions to a Special Needs Trust where such assignments are not currently authorized.  Helping Americans who suffer from profound disabilities sustained in the service of their country is an honorable goal.

Both amendments would be positive developments, designed to give disabled Americans more choices and control over their own destiny.

Settlement Trust Fees: "How Much is That Trustee In The Window"?

Do you know how to compare the fees charged for a settlement preservation trust, settlement planning trust, recovery management trust or a special needs trusts? How do you distinguish the cost structure of two or more trustees? In this and future posts and podcasts we will examine aspects of the decision to select a trustee for your trust. This post helps to sort through the fees and charges that could be directly or indirectly incurred by trust beneficiaries.

Yes, "How Much is That Trustee in the Window"?  Start humming while you're reading...

There is no question that where they make sense and , if necessary, have been court approved, settlement trusts add value to the settlement planning process. They can provide spendthrift protection, liquidity, flexibility, are an alternate means to create periodic payments when constructive receipt has occurred and, if used in conjunction with a structured settlement, may act as a receptacle to receive periodic payments on behalf of the trust beneficiary to protect them from from hangers-on.

Cost associated with the trustee discharging his/her/ its fiduciary duties. What is being advertised in published fee schedule and reflected on account statements in transaction activity. These are fees that you can figuratively see, smell and touch. Is there a minimum annual fee?

Costs inherent in the investment choices made with the trust assets, whether through common trust funds, mutual funds or money managers assigned to a specific asset class.

A. Outside advisory fees

B. underlying investment vehicles loads, investment charges, within the vehicle and netted out of performance...not on account level.

Note: account level investment charge would show up on statements

A Supplemental Needs Trust  (SNT)  is a specific term, often used in New York State, for a type of special needs trust (Supplemental needs trusts are compliant with provisions of U.S. state and federal law and are designed to provide benefits to, and protect the assets of, physically disabled or mentally disabled persons and still allow such persons to be qualified for and receive governmental health care benefits, especially long-term nursing care benefits, under Medicaid, a welfare program. Supplemental or Special Needs Trusts are frequently used to receive an inheritance or recovery of damages paid for personal physial injury or physical sickness on behalf of a disabled person in order to allow the person to remain qualified for Medicaid benefits.

Sometimes defendants make offers combining structured settlement and supplemental needs trust (or special needs trusts). While there is nothing inherently wrong in making an offer in this manner (the defense can make a settlement offer in whatever form it likes), and the strategy may prove beneficial on a case by case basis, the question is, can a defendant "force" a supplemental needs trust (or an HMO) on an adult plaintiff with whom the defendant is in litigation where there is good liability for the plaintiff?

Note: While this cited case involved a minor, the concept appears to be the same

In the above medical malpractice action, the jury awarded the plaintiffs, a severely brain damaged child and his parents, a verdict of $53,735,955. The defendant doctor and hospital then petitioned the court, pursuant to New York CPLR 4545 (a), to reduce the amount of that award by applying collateral sources to pay for the future cost of medical care and therapies (rehabilitative services) to be received by the child. The defendants seek to apply the mother's employee health insurance plan and the benefits received while the child is in school pursuant to the Federal Individuals with Disabilities Education Act (IDEA) to offset the financial burden placed upon the defendants by the large jury award. They also sought to have the plaintiffs enroll in a managed health care plan (HMO) where the defendants would pay the premiums.

"The courts have repeatedly held that a plaintiff need not be relegated to charitable or governmental aid and assistance where he has received a jury award for specific items. This was the specific holding of the First Department in Germosen v Gupta (237 A.D.2d 121 [1st Dept 1997]). In Skinner v New York City Health & Hosps. Corp. (NYLJ, Nov. 29, 1989, at 22, col 4 [Sup Ct, NY County]), Judge Sklar in upholding a $7.39 million verdict held that services rendered by charitable organizations such as United Cerebral Palsy may not be used to reduce the jury's verdict. In other States it has also been held likewise. In Hall v Birchfield (718 S.W.2d 313, 338 [Tex 1986], revd on other grounds747 S.W.2d 361 [Tex 1987]) it was held that "[t]here is no guarantee the government will continue to provide such services, and [the infant plaintiff] is entitled to exercise her option to obtain other services than those offered by the government." In Feeley v United States (337 F.2d 924, 935 [3d Cir 1964]), the Third Circuit held that "[t]o force a plaintiff to chose between accepting public aid or bearing the expense of rehabilitation himself is an unreasonable choice." Thus, Evan cannot be relegated to relying upon school supplied therapies in order to reduce the defendants' liability".

In rejecting the HMO argument, the court reasoned that insurance which the plaintiffs do not have can never be reasonably certain to replace what the jury awarded and cannot be considered a collateral source offset.

"The defendants also suggest that the infant plaintiff can purchase his own health insurance in order to provide them with a collateral source offset. Mr. Pessalano, the defendant's rehabilitation expert who testified at the collateral source hearing, stated that Evan Giventer could purchase insurance through Blue Cross of New Jersey for $3,000 to $3,500 per year, which after a one-year waiting period would pay out literally hundreds of thousands of dollars per year for Evan's extensive nursing care. However, when cross-examined on this point, Mr. Pessalano's testimony was vague and speculative. He responded that: "[i]t would pay for a significant amount" but that he could not say how much without seeing a policy. When asked if he could provide a copy of such a plan, he responded that he did not have one.

The defendants also suggest that Evan be required to become a member of a managed health care plan, an HMO. Evan currently lives at home with his family. It was never proven to this court that any insurance company would approve home nursing care as opposed to care in a residential institution. No one testified as to what level of care an insurance company would permit. The jury's awards will permit Evan and his parents to obtain the care that they choose, from doctors and nurses of their choice, without any limitations such as preapproval or being on a list for treatment or any other constraints which accompany managed care. An HMO would not replace what the jury awarded and cannot give rise to a collateral source offset. Nor can the infant plaintiff or his guardians be required to join an HMO which may or may not accept Evan and his preexisting condition". (Emphasis ours)
Since the aformentioned decision...
There are many benefits to a Supplemental Needs Trust, but there also many restrictions and /or limitations.
Sources: Wikipedia, Leagle, LII

Who Owns Structured Settlement Annuity When Paid to a Special Needs Trust?