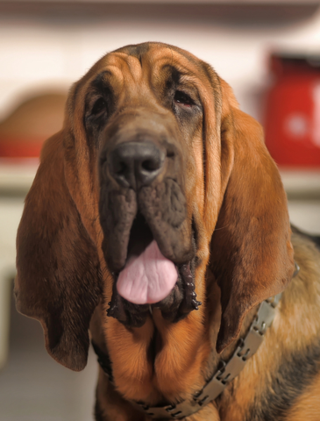 Seneca One Finance has pushed the envelope by expanding on its highly misleading marketing stunt called "Structured Settlement Registry" that I reported about in a May 23, 2014 post. If you Google the definition of registry this is what comes up (emphasis mine)

Seneca One Finance is not an official list or register.  It is a for profit entity,  that as a member of the National Association of Settlement Purchasers, .purports to uphold NASP's advertised standards.

I've laughed at all the Who's Who "Registries",  with more bastardizations than New York Ray's Pizza, that approach you with feigned snootiness about how you've been "handpicked to appear" and "by the way a leather bound copy to showcase your achievements...." will cost some unfortunate sucker $1,500.  Then you see people putting in their bios that they are listed in Who's Who. It's a riot.

So The National Settlement Registry offers you a $100 so that it can stuff its database with your details so that at some time in the not too distant future you can receive mailing or phone calls from Seneca One.  Whats exclusive about that?

And the structured settlement secondary market is enabled to engage in this behavior that would likely not be permitted in any other financial profession,  solely because there is no regulation of its participants.

And that Congressmen Elijah Cummings,  Chris Van Hohlen, Maryland Attorney General Brian Frosh and company,  is what I'm talking about.

Is a "Structured Settlement Registry" coming near you soon?  Maybe, considering that an individual with a Seneca One email address has just registered structuredsettlementregistry(dot)com on May 22, 2014, with GoDaddy.

The Structured Settlement Watchdog® will continue to monitor the situation.

Efforts by any secondary market company to generate leads using official sounding bogus entities will be "torpedoed". There should be no tolerance for it, in my opinion. Any research that we develop will be turned over to states' attorneys general and the Federal Trade Commission.

From an email I sent to Paladin Registry co-founder Jack Waymire June 6, 2010:

"To Whom It May Concern:

It has come to our attention that you are listed as co-founder pf Paladin Registry and or writer of an article entitled "Structured Settlement Investment Scam" on November 17, 2009  which is published on Investor Watchdogs. The article was inaccurate when it was written. The continued posting of the article is reckless in that it contains falsehoods about structured settlements that you have been made aware of and is potentially damaging and libelous about our multi billion dollar industry and its members.

In addition to the title " Structured Settlement Investment Scam" specifically offensive is:

"A structured settlement is usually an insurance arrangement, that includes periodic payments, that claimants accept to settle a personal injury lawsuit. Attorneys who handle legitimate settlements are in a position to route the claimants to particular companies for investment - legal or illegal. It would be easy for a knowledgeable attorney to falsify documents that created fake settlements"

Following is a link to a number of blogs and podcasts concerning our coverage of the Rothstein matter. Following it you will note from the December 1, 2009 post,  that the Criminal complaint against Rothstein has no mention of structured settlements.

Your web site says that you run a "National Registry to find pre-screened, five star rated planners and advisors who provide financial advice and services in your community"as a free Public Service. For "twenty of those years" you say you were "the president of a Registered Investment Advisory firm and a Broker/Dealer".  In your former role and as a "watchdog" you must realize that presenting accurate information is essential.

Please cease and desist defaming our industry and either remove or correct your post immediately. Note that this email is being written independently as the structured settlement watchdog but is being copied to the members of the board of directors of the structured settlement industry trade association and others "similarly situated" in the industry.

Thank you for your prompt attention to this matter.

Postcript: Subsequent to the posting of this email and this blog post the offensive Palidin publication was removed