In a June 9, 2022 under advisement ruling, the Court found that the Keefer (couple that invested in payments that Genex Capital confiscated in 2020) Plaintiffs are entitled to a declaration that they are the owners of and have the right to receive payments arising from the Payment Streams and that Genex has no material right, title, or interest in the Keefers’ Payment Streams.

The Court further reasoned that although the  RPA (Genex Receivables Purchase Agreement) is clear regarding the Keefers’ interest in the Payment Streams, the RPA is equally clear regarding restrictions on reassignment. Section 3.4 of the RPA states: “Buyer shall not have the right to further assign or sell the Receivable and must keep the Receivable for the balance of its term unless otherwise expressly approved by Genex.” Statement of Facts, Ex. 1, RPA § 3.4. The Court found that Genex is entitled to a declaration that the RPA does not permit reassignment of the Receivables without Genex’s consent, but DENIED all other relief.

There is a lot at stake, not just for the Keefers, who were the first investors to sue Genex Capital. There are other investors who have similar actions against Genex Capital in the consolidated Arizona litigation, who also had their payments confiscated by Genex Capital who were added to the complaint in December 2020 and others in February 2021.

Legal Battles with Investors Who Bought the Confiscated Payments Ahead?

A whole new set of investors that out there that BOUGHT payment streams that Genex Capital confiscated from original investors like the Keefers, although we ahve not found any pleadings against Genex.

The consolidated Arizona litigation is an important one to watch for anyone thinking about investing in structured settlement payment streams. It underscores that such investments are not annuities, have a higher risk profile than annuities, do not have the same statutory protections as annuities in 37 states (and counting) and should not be confused with annuities no matter what the marketing materials and websites the vendors of such investments may maintain.

Sometimes duck logic makes sense. When it comes to investing in other people's structured settlements, even if it vaguely resembles a duck, it doesn't feel like a duck, or quack like a duck, it's just not a duck. 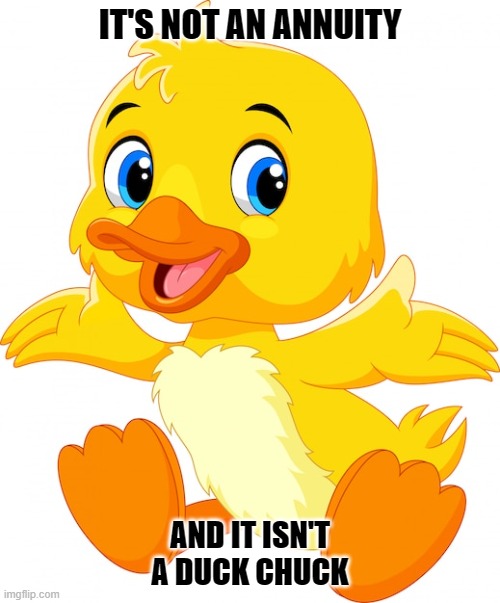