People of color are often, but not exclusively, the victims of the worst of the structured settlement factoring system in the USA.

I'll Say a Few of  Their Names For You

If one were to research and analyze the data from all the really bad structured settlement factoring transactions, the ones with excessive factoring, often in a short time frame, how many of them:

All of the above named cases involved a person of color with a structured settlement and originating structured settlement factoring companies owned or controlled by white people. I have a strong belief that a wider study (and I personally believe that one should be done) the statistics would look pretty bad.

A certain Curtis Mayfield song comes to mind...metaphorically speaking,  In "I'm Your Pusherman", from the soundtrack of the movie SuperFly,  Mayfield takes an observer's view, refraining from judgment and showing the pusherman from the perspective of a potential client. To a kid on the street, the drug dealer shows up everywhere, and can take on many forms: mother, father, doctor, friend. Said Mayfield: "The first thing I wanted to do was not condone what was going down, but understand it, and speak in terms of how one can keep from getting locked into these things which youngsters and a lot of people see all around them." [Source: Song Facts]

It's my belief that investors should not only know what they are (and are not) investing in (i.e. not an annuity), but the circumstances of the individual whose structured settlement payment rights they are buying.

Where is the Equity, Social Responsibility and Governance (ESG)?

Who were Structured Settlement Protection Acts Intended to Protect?

"Beginning in 1997, state legislatures recognized the need to protect structured settlements against the abuses of factoring" and

"The purpose of IRC section 5891)  is to deter the purchasers of payment rights under structuredsettlements from taking advantage of recipients who are entitled to receive tax free settlement payments, including payments under settlements received by victims of the 9/11 terrorist attack " Source: IRS.gov

Section 5891 was part of the Victims of Terrorism Tax Relief Act of 2001, signed into law by then President George W. Bush in January 2002. 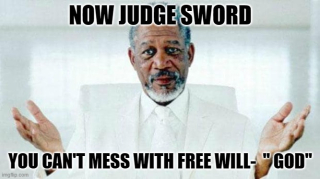 But if you're an African-American and receiving payments from a structured settlement, you should consider paying attention to the Terrence Taylor case and what has been going down in Portsmouth Virginia.   If you're an African American community leader in the State of Virginia and a member of the Virginia Bar, pay attention to what has happened in Portsmouth, where retired Judge Dean Sword was the gatekeeper in the majority of the transfer petitions.

Defendant's/Counter-Claim Plaintiff's Motion to Compel Discovery has been  pending since December 19, 2015

In the 2003 movie "Bruce Almighty”, God (played by actor Morgan Freeman) discusses the rules of Bruce's imminent one week tenure as God. He says to Bruce “…and you can’t mess with free will".

Maybe THAT's it! If that's how it will justify its case, why hasn't Structured Asset Funding made the case? It should be all over right?. What justifies the time inequity and the conduct?

Structured Asset Funding  ("SAF"), as plaintiffs and counter-claim Defendants, can slap themselves silly for the "ingenuity" of hiring members of the Virginia legislature, first former Virginia Delegate Steve Heretick, with a newsworthy amount of "legislative privilege" over 6 years and then Virginia Senator Bill Stanley as the "relief pitcher" heading into the "7th inning(year) stretch".

On Wednesday August 24, 2022 a hearing on a motion pending for more than three years is due to be heard.  An interpleader action was filed by New York Life, which sought, again over three years ago, in a hearing that was originally scheduled for April 30, 2019 seeks to direct those payments from New York Life to instead  be held by the Court pending resolution of the matter.

• Attorney Heretick sent a letter on January 11, 2016, stating that he would not be available
until mid-April of 2016 (Taylor Motion Ex. A)

2019)  (once)
• Attorney Heretick sent an email on December 18, 2019, in response to a request for dates
stating that he would not know his availability until early January (Ex. G)

2021 (once) In December 2021, just about new SAF counsel's first act was to exerice legslative privilege, which set the hearing back more than 8 additional months.

Taylor argued in December 2021 that Rule 3.4 (j) of the Virginia Rules of Professional Conduct, states:

A lawyer shall not... delay a trial, or take other such action on behalf of the client when the lawyer knows or when it is obvious
that such action would serve merely to harass or maliciously injure another. Id. That admonition is further explained in Comment 6:
Paragraph (j) deals with conduct that could harass or maliciously injure another. Dilatory practices bring the administration of
justice into disrepute. Delay should not be indulged merely for the convenience of the advocates, or solely for the purpose of
frustrating an opposing party's attempt to obtain rightful redress or repose. * * *Va. Rules of Professional Conduct R. 3.4, Cmt. 6 (emphasis added).

As then-Circuit Court Judge D. Arthur Kelsey observed two decades ago: Implicit in § 30-5 is the good-faith duty of a lawyer-legislator not to accept representation 'where it is clear that a party may be seeking out a legislator to act as a lawyer simply to have the opportunity to take advantage of the legislative continuance for purposes of delay.

In Commonwealth v. Foulks, 56 Va. Cir. 449,455 n.l (Suffolk Cir, Ct., Oct. 19, 2001) (quoting Guidelines on Legislative Continuances, House of Delegates Committee on Rules^ (April 21, 1998)). Judge Kelsey emphasized that, "[t]he lofty purposes behind § 30-5—as historically sound and jurisprudentially valid as they may be—are not furthered by defendants who deliberately seek out legislator-lawyers as a means of tapping their near-automatic delay
powers." Id. at 455 n. 1.

After referring to the delays as "shameful" in an October 2021 hearing, Judge Maxfield permitted the assignment of Senator Bill Stanley, who prompt;y filed for legislative privilege and the hearing was postposed yet again, this time for more than 8 months.

Other Information of Interest

It has been a bone of contention in the case that Terrence Taylor was not in fact a VIrginia resident but a West Virginia resident . According to the public court filing, two of the investors, Massachusetts investor Allen Grosnick and Income Stream Funding Partners were each named as beneficiaies of life insurance policies on the life of Terrence Taylor, with Nationwide and Sagicor. The  insurance was arranged by a broker arranged by SAF. When investors buy life contingent payments, life insurance is often purchased as protection to hedge their investment in case the seller dies prematurely.  Whether Taylor was in fact a resident of West Virginia or Virginia may have an impact on the case. The two apps for the life insurance were taken in West Virginia and documents were signed in West Virginia according to the filing. Yet the structured settlement transfer petitions in dispute were filed in Virginia.

Structured settlement factoring companies were "blessed" to be in a business with little regulation, lax enforcement in certain juridictions and a lack of regulation of sales practices.

In the meantime all eyes on Fairfax County Judge Charles Maxfield who is sitting in on the Portsmouth Circuit, after the whole panel of judges there were recused.