What is Court Scraping 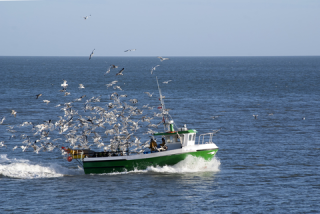 Often court scraped annuitants are bombarded with excessive direct mail, harassing phone calls and/or other forms of approach that some have considered to be harassment. One South Carolina annuitant represented she was getting hundreds of calls. Chasing fat profits, come companies scrape the records of recent filings so they can attempt to gazump competitors like seagulls hovering over a fishing boat an ogling the day's catch.  Proponents of court scraping say it's good for consumers, particularly those who have not shopped around and detractors say that someone else is swooping into scarf up their hard work.

Who is Jacob Joseph & Associates, LLC?

CEO Kobi Ribak, most recently of BTG Advisors. In 2011, after only 4 months, Ribak was discharged from Topeka Capital Markets.  The SEC disclosure on the IAPD website states that there were allegations that "Mr. Ribak was distributing trading ideas without footnoting his sources implying the ideas were his own". It is my understanding that he funds his deals through Novation. Defendant Joel Gosset works for JJ&A.

Tales From the "Court Scraping Annals"

Premonition and their clients even target minor's settlements! How low can you go? If anyone who is a minor or parent of a minor with a structured settlement, is bombarded with calls and mailings while the child is a minor please let us know.Save everything and document everything.

Companies like Premonition are driven by the fat $1M plus spreads taken by NASP member companies such as Novation Funding and Seneca One from naive sellers on low risk deals.

The following email was forwarded to me by one of the targeted.