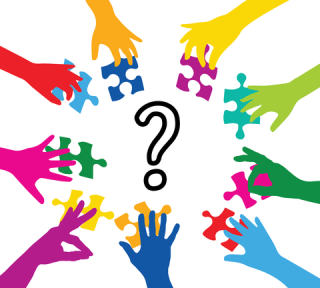 Putting together the structured settlement jigsaw puzzle for you

The cost per $1,000 of payments for life is less expensive at the older ages

A review of medical records by a medical underwriter for a life insurance company that (1)  issues structured settlement annuities and (2)  issues rated ages assigns an older age to you for pricing purposes and this lowers the cost per $1,000 or boosts the yield per $1,000 cost on lifetime benefits for that annuity issuer.  The rated age assigned may vary from company to company. A higher rated age does not automatically translate into higher benefits. A rated age does not affect the cost of benefits that are paid for a fixed period certain.

Life contingent payments are only paid if you are living. Certain payments will be paid whether or not you are living when a payment is due. So if you choose a 30 year certain and life, payments will be made for the rest of your life or 30 years, whichever is longer. You can choose how long or short you want. A longer certain period means you receive fewer payments while you are alive, but means you may leave more to your beneficiary if you die before the certain term is over.  If you are young the adjustment is fairly modest. At older ages the spread can be more significant. In some cases a multiple product arbitrage can make a difference  (contact me for details).

Increases have a meaningful effect on the amount of payments you initially receive but if you are willing to wait, it can pay out more over time.  That is balanced against your needs and wishes now since you must be willing to accept a lower starting amount when compared to level payments.. It's important to do a cross over comparison so that you can see how long it will take for payments on the increasing option to (1) exceed the level payments and (2) how long it will take for the aggregate payments from the increasing plan to exceed the aggregate payments on the level plan.

Many companies offer daily rate pricing which may or may not be better than their general pricing.  The threshold for offering daily rates varies by company.  One company only offers daily rates.  Note that daily rates are typically good until the end of the business day quoted however, some carriers will give a nominal additional amount more time, for example to the next day or in one case 2 days.

Some companies have low premium limitations before they require daily rate pricing which for them may be worse.

Diversification is a good idea, but it may impact the price/yield due to variations in price between insurance companies.   We have longstanding relationships with the leading insurance companies that underwrite structured settlements.

8. PUTTING TOGETHER “THE JIGSAW PUZZLE”

Sometimes we can get a better price by combining two or more companies by their strengths. One  life insurance company issuing structured settlement annuities may be better for earlier payments and another for later payments. One may handily beat the competition for premium up to $1,000,000.

A SIMPLE WAY TO DEAL WITH THE STRUCTURED SETTLEMENT PRICING VARIABLES

Note that a structured settlement is a core settlement planning tool or option. There may be other important considerations. Always work with someone with proper credentials and experience.

Other related information that may be helpful 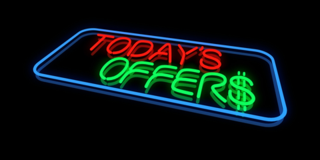 What Are Book Rates for Structured Settlement Annuities?

What Are Daily Rates for Structured Settlement Annuities?

Generally daily rate come out in the morning. But like the blue plate special that attracts scores of tighter budget or fiscally conservative diners to lower priced meals within a restricted time periods, bond markets are fluid and it may be possible to get a better rate at different times of day. It's always worth a try.

No,  sometimes the structured settlement rates are worse on a daily rate basis than the book rate.  Sometimes the daily rates are better only for specific types of cash flows.

How Does Structured Settlement Broker Get Paid? Who Pays It?

How can structured settlement brokers or settlement planners work for free and afford to make contributions to buy influence with trial lawyers?

It's common knowledge to lawyers, but perhaps not to injured persons that many of these structured settlement brokers, settlement planners and/or their firms are contributing big money to state and national trial lawyer associations to buy influence or access, sponsoring RIMS or other legal or insurance conferences, taking out big expensive full page ads in Business Insurance, paying money to the campaign of your lawyer's favorite political candidate, taking your lawyers and colleagues to ball games in catered corporate suites, flying lawyers around in private aircraft,  some boasting of virtually unlimited financial resources.  It's their marketing prerogative of course.

How Much Do Structured Settlement Brokers or Settlement Planners Get Paid?

Commissions Vary By the Type of Product Placed

The pricing of a structured settlement annuity, including the indexed linked annuity payment adjustment rider offered by Pacific Life, includes a uniform commission structure, which is 4 percent of the premium placed with the annuity company. As I understand it the uniform commission was intended to eliminate selection bias that might exist if one company paid more compensation than another. The qualified assignment fee (ranging from $0 to $750) is commissionable with some companies. In other cases it is not. Insurance laws in effect in most states expressly prohibit reduction of commissions or rebating.

B. Market Based Structured Settlements

Locking in Structured Settlements: Challenges in Structuring Cases With Municipal, State, Wrongful Death and Other Matters With Delayed Funding

Maybe a little bit of both!

It is important to understand that you are locking in an annuity benefit stream and the internal rate of return derived from a payment of a premium in a lump sum today. The premium will produce income and/or lump sum annuity payments at times and amounts to be specified in the settlement agreement.

The timing of structured settlement funding may vary by (1) who is funding the structured settlement  ("the payor"); (2) the statutory requirements of the jurisdiction as to timing of payment (e.g in New York, a defendant usually has 21 days to pay from the time he/she/it has been delivered the release of liability;(3) the nature and business practice of the payor (some stretch it out to the last possible day, others pay very quickly, or will even pre-fund the structured settlement prior to receiving a release); (4) whether Court approval of the settlement, or approval of the plan of distribution of the settlement proceeds, is required before releases can be executed; (5) whether the payor is a government entity that has special funding consideration as to timing of payments; (6) whether the payor is a state insurance guaranty or liquidation fund or insolvency scheme of arrangement; (7) anything that may be stipulated by and between the parties

Some examples of the more challenging cases are:

Prefunding the structure is the simplest solution.

The "date slide" method is another option. In such cases the settlement documents provide an agreement by the parties for each of the structured settlement payment dates tobe moved an equal number of days between the anticipated (locked in) funding date and the actual funding date, if earlier or later. This is one way to preserve the benefit amounts so that Court submissions can be made and that judges can view the exact benefits that the plaintiff is due to receive,

Those carriers who charge lock in fees muck up the works a bit, because it means there cannot be an exact day for day date slide.  In my opinion, it would be better for the carriers to instead provide seamless pricing. One forward thinking structured annuity company, Pacific Life and Annuity, announced in September that it was waiving lock in fees for 6 months.

It has come to the attention of the structured settlement watchdog that some brokers are presenting alternatives that could fail the IRS "benefits and burdens" test and possibly, are needlessly exposing their clients to tax peril.

Apparently some are putting so-called "recalibration clauses" into settlement documents, which give a judge examples "of what the benefits could be" with the caveat that the exact benefits will be calculated after court approval, or at some later date. According to one tax lawyer this author spoke to the IRS could focus on who bears the benefits and burdens of the transaction (the increase or decrease in rate, the extra lock in fees) and determine that the bearer owns the property.  This is equally problematic for both plaintiffs and defendants. For defendants, the assignment company could unwind the assignment and for the plaintiff they may not achieve their financial objectives.

The structured settlement watchdog believes that the solution to this problem involves:

1. Life insurers creating seamless pricing that has minimum of 6 months without lock in fees.

"To hold down the cost for the client the structured settlement broker will try to obtain ...an impaired life expectancy for the claimant". - from another Structured Settlement Company web site

Note: This video, is an update from the original video that appeared with this post

What Are Structured Settlement Daily Rates?

Good structured settlement brokers make it look easy but circus juggling talents are a prerequisite when rates are in flux.

The use of structured settlement daily rate pricing may be just the thing that bridges the gap between in negotiations over a hotly disputed item of damages. In another application it may be used to enhance the value of a policy limits offer where the defendant has limited coverage and no assets.