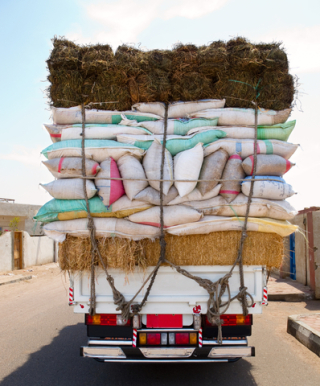 bill introduced earlier this month.  Bair, in my opinion, is a very good, knowledgeable and passionate writer and I'm pleased to see another person in the industry write as prolifically as I do today.

However this recent "unpacking" is more like 10 steamer trunks than a dainty overnight bag.

Dealing first with the preamble, consider the following excerpts:

Comment: What Bair says is inaccurate and belies the knowledge that I personally believe he has.

It's quite frustrating to unpack your suitcase and discover that you forgot your tooth brush, or an extra pair of underwear. A critical element missing from Bair's unpacking, something that I have faith that he knows, is that in order for there to be a structured settlement there must first be an obligation to pay periodic payments as part of the consideration for the release of claims.  Even if a qualified settlement fund has been established and the releasee is the QSF, there still must be an obligation to pay periodic payments.  Without it there is nothing to assign in a qualified or non qualified assignment.

Lastly the tax status of structured settlement payments is related to the type of damages that the payments represent.  Damages from a commercial lawsuit paid in the form of periodic payments do not have the same tax consequences as those involving personal physical injury.

B. "Unfortunately, the industry has abused this rule. Brokers working on behalf of the defendants can earn a 4% commission on the creation of the structured settlement, and the plaintiff or claimant has no right to representation and is forced to rely on the defense broker to settle the case (who has zero responsibility to protect the interests of the claimant). H.R. 2212 aims to level the playing field".

Comment: This is where the 10 steamer trunks of excess baggage from yesteryear comes in.  Made for shock value, the same tired argument over commissions fails to recognize that the 4% is baked in regardless of who places the structured settlement. If there are two brokers they share. If there are 3 brokers they share. This is a civilized business except where occasional greed comes in.  Most brokers/planners operating in New York use a structured settlement affidavit in which commissions are fully disclosed. Rebating is illegal under the insurance laws of most states.

In saying "that who has no responsibility to protect the plaintiff", I believe that Mr. Bair should recall a particular wrongful death medical malpractice case in New York in December 2014.  Mr. Bair and I have been on the opposite sides of cases many times and it's worth mentioning that to date, it has always gone smoothly. We had a locked in structure and my client pre-funded the structure for a minor, the plaintiff wanted a structure and it was in the minor survivor's best interest. However, the Nassau County Surrogate judge denied the structure on the basis of a Nassau case Estate of Carucci, which cited to a 1998 Kings County decision in Matter of Yolette Mede  [177 Misc. 2d 974,980  (1998)]. The latter came down as the result of confusion arising out of a Halpern Group product then being marketed using the label structured settlement, but wasn't a structured settlement. Read my Settlement News Network post "Structured Settlements Meet NY Surrogate Judges | You Can't Have Any Pudding If You Don't Read Your Mede", for more information.

In the initial rejection, the Nassau County Surrogate wanted the money placed in a low rate taxable guardianship account. The judge also expressed concerns about factoring. I received a call from one of Bair's staff to get a premium refund. I knew exactly what issue was with the Nassau judge and has successfully overcome the same issue on multiple cases. The communications from Bair's office was they didn't want my help, they wanted a refund. When I subsequently brought this to the attention of the claims rep at the malpractice carrier, he said if it's in the best interest of the child and there is a way to make it happen, let's see if we can help.  Defense counsel, who had a good relationship with plaintiff's counsel, spoke with him to address the issue  I shared the strategy and helped frame the argument to the judge with the approach that was successful in the other cases. This strategy overcame all of the Surrogate's objections. On March 9, 2015 I emailed Bair's case management team the approved Surrogate's decree.  If you are a professional you do what is right. The Defense team got it done on that case because the team members on that case recognized it was the humanistic thing to do. Not only did we preserve what the plaintiff wanted from the start,  but it helped prevent a decision that might have fomented bad law, mitigated the impact that a large lump sum at age 18 would have on student loan eligibility and, as a byproduct,  preserved my colleague's share of the commission in the process. 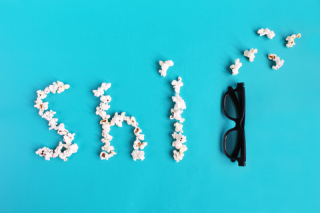 Why is no part of H.R. 2212 addressing the "shit show" that is the unlicensed and grossly under regulated structured settlement secondary and tertiary market?

"Devilish" if I may say so!

Bullet point #1  Today it would be highly unusual for the claimant/plaintiff not to have a structured settlement broker/settlement planner.  Is it really necessary to waste Congress' time on something that is already "de rigueur"? There is no restriction on the plaintiff's right to representation. In fact with widespread internet accessibility, many plaintiffs are taking it upon themselves to seek out structured settlement experts and settlement planners on their own, do their own research and make their own decisions.  A client of the law firm at which the spouse of the sponsor of H.R.2212 works did just that last Fall.

Bullet point #2 Isn't this the professional responsibility of the plaintiff attorney, as generations of settlement planners and structured settlement brokers have milked from the early 1990s Grillo v Pettiete decision in Texas?

Perhaps it is also relevant to mandate a symmetrical, that the plaintiff lawyer provide notice to the plaintiff of how much money the broker they are recommending gives to the state or national trial lawyers associations. Trial lawyer associations solicit money from vendors who are label partners and I have been personally solicited by one such association to "buy access". Some associations hide the amount of such contributions in sections of their website not open to the public. Two structured settlement firms now give over $100,000 to the New York State Trial Lawyers Association for example to "buy access" or influence. A September 24, 2007 legal opinion of the Office of General Counsel of New York State Insurance Department (now DFS) states hat advertising of such contributions is unlawful. Big money donations are solicited for and paid in Pennsylvania ( where Bill sponsor Matt Cartwright hails from), Florida, California and elsewhere.  A number of plaintiffs who have contacted me directly from our website question why their lawyer is pushing one particular structured settlement broker or settlement planner.

Bullet point #4  Dress it up any way you like, it's all about using Congress to get more commission for the structured settlement broker for the claimant.

Is the legislation targeting the Department of Justice FTCA section? Bair is on that list now, just like he was in 2005 and 2006, in each case signing a declaration that  among other things said he did a substantial amount of defense work in each of the preceding 3 years.

But the big question is despite all that has come out, why is no part of H.R. 2212 addressing the "shit show" that is the unlicensed and grossly under regulated  structured settlement secondary and tertiary market?  Constituents of AOC, Cory Booker, Kamala Harris, Beto O' Rourke, Elijah Cummings have been and are getting screwed left and right. Elijah Cummings has a history of doing something about it

"The secondary market for structured settlements emerged, and it began ripping off annuitants by paying pennies on the dollar for their assets. There was no regulatory oversight"

John Bair's Congressman Brian Higgins (D-NY) is co-sponsor of H.R.2212 and a member of the Congressional Structured Settlement Caucus. In 2015, it was Congressman Higgins who was the primary sponsor of a virtually identical bill, H.R. 2664, of which Congressman Matt Cartwright was co-sponsor.