Peachtree Financial has a Trick that seems like a Treat until you get up close and smell the buzzard's breath pecking you away to the bone. 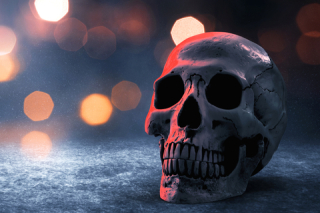 "Unsure if your paycheck will last until the end of the month?  #ThursdayTruth Nearly 80% of American workers report that they are living paycheck to paycheck. #PeachtreePeople can help with a lump sum of cash for your #structuredsettlement, so you can stop worrying and relax!" tweets Peachtree, a member of the JG Wentworth family.

If you are seriously thinking about selling structured settlement payments for pennies on the dollar,  please be sure to first stop and think and then read this first.

Speaking of the trick and the tweet, Peachtree Financial cited statistics from a 2017 survey (various news outlets used it in publications in or about January 2019)

In  2017, CareerBuilder found that 78% of U.S. workers were living paycheck to paycheck. According to Forbes, for whom author Zack Friedman used it in a January 2019 article, this number may be further exacerbated by the federal government shutdown, which resulted in more than 800,000 federal employees not receiving paychecks.  According to the 2017 survey, CareerBuilder, a leading job site, found some startling statistics related to debt, budgeting and making ends meet.

A Charles Schwab Modern Wealth survey published in May 2019 and cited in USA Today on August 14, 2019 however, found that: