On September 18, 2008 Woodbridge Investments opportunistically and prematurely danced on the graves of "major insurance giants like AIG" in a Press Release which stated:

"...Our customers are dealing with an inherent fear, and anxiety that naturally comes when you are expecting to receive payments for the next twenty or thirty years from companies like AIG that are linked with unprecedented real and rumored cases of bankruptcy.

Fact: . Not a single "major insurance company , like AIG"  that is writing structured settlements "went bankrupt" or was taken over by a state insurance department during the 2008-2009 financial crisis.

Fact: Insurance companies are exempt from bankruptcy laws and cannot go bankrupt. See 11 U.S.C. §109(b)(2),(3)  which states, in pertainant part, "a person may be a debtor under Chapter 7 of this title only if such person is not (2) a domestic insurance company (3) a foreign insurance company engaged in such business in the United States". Note also discussion in Protecting the Catastrophically injured Plaintiff's Recovery by Michael W. Kessler, Esq.§1.45 p 36 and footnote 71. 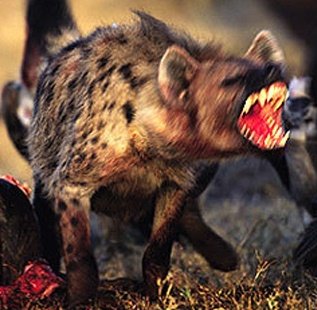 Beware certain "hyenas" within the factoring industry , predators who use their powerful jaws to rip hunks out of your financial security.

ON THE OTHER HAND... 9 MONTHS LATER...ALL writing structured settlement companies are still around and...

"Even in a worsening economic climate, life insurance companies are likely to retain investment grade ratings according to a new report from Moody’s, as reported in The Wall Street Journal. This is important news for anyone settling a physical injury or wrongful death claim because many of these companies issue structured settlement annuities.

According to Dow Jones, the Moody’s report concludes that life insurance carriers it has surveyed “are considered to be fit enough to weather the financial and economic crisis because of their solid balance sheets.” Moody’s reports that its reviews of these companies suggest that insurers are most likely to retain investment grade ratings.”

What sort of ethics does a company like Woodbridge have when on the one hand it scares the crap out of annuitants about the safety of insurance companies and on the other hand brags about the financial security of the same companies to get investors to buy the deals.

Perhaps we could learn something from the Romans..

A structured annuity servicer, typically a factoring company only comes into play when an annuitant wishes to sell some, but not all, of their structured settlement payment rights. Because certain life insurance companies allegedly refuse to dice or split payments the entire payment goes to the servicing company which does the "slicing an dicing", takes its cut and pays the annuitant the difference.

The co-author of the alleged "seminal text" on structured settlements states:

Note: Underline added by this author for emphasis

Watch John Darer's  3 part Legal Broadcast Network video podcast on Structured Settlement Servicing, which includes an interview with Bruce Akerly. Darer's interview with Akerly occurred in October 2009, the month prior to the presentation of the paper that Hindert commented on.