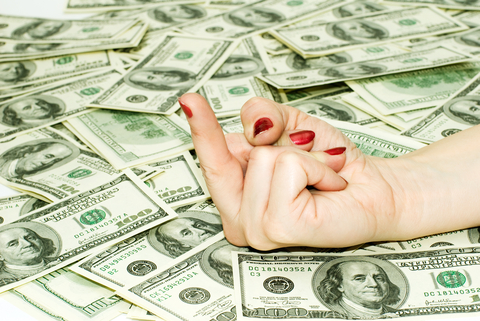 Question:  "I have a structured settlement from an accident settlement that says " years certain and life", or "lump sum certain". What does that mean?"

A 2017 legal decision examines the use of "guarantee" in settlement documents from another angle. In a lawsuit against the United States arising from the ELNY shortfall, plaintiffs argued (unsuccessfully) that a period certain period, referred to as a guaranteed period, meant the United States guaranteed the payments when the document expressly said they didn't.

Did you know that a structured settlement need not only be funded with an annuity? The Internal Revenue Code makes a provision for more than one type of qualified funding asset, to wit:

What about the threat of inflation?  Here is a sampling of news reports in the last 9 months:

" No Near Term Inflation Threat" Charles Plosser, Philadelphia Federal Reserve Bank  11/12/2009. He also said  "While inflation is not a threat for now, the United States will have to look very hard at reversing course on rates as the economy strengthens"

“I am 100 percent sure that the U.S. will go into hyperinflation,” Investor Marc Faber said to Bloomberg May 27, 2009. “The problem with government debt growing so much is that when the time will come and the Fed should increase interest rates, they will be very reluctant to do so and so inflation will start to accelerate.” Epitaph for a would-be structured settlement:

Documentation that says in pertinent part  " For the consideration of Five Hundred Thousand ($500,000.00) the receipt and sufficiency of which is hereby acknowledged, plaintiff hereby releases, remises...

" Plaintiff has been advised by counsel...

Practice Tip: If your client is going to structure then the consideration must include the periodic payments as consideration, not the cost of the payments.

4structures.com, LLC has a convenient listing of Structured Settlement Annuity Issuers and Their Customer Service Telephone Numbers all in one spot.

The following information  may be helpful to annuitants with MetLife structured settlements or those considering them.

On April 13, 2009 MetLife announced that it had elected NOT to participate in the US Treasury's Troubled Asset Relief Program (TARP).

In a May 7, 2009 press release concerning the Supervisory Capital Assessment Program, Met Life stated that it had been informed by the Federal Reserve that "it had completed the capital assessment process and that, based on its economic scenarios and methodology, MetLife has adequate capital to sustain a further deterioration in the economy,” said C. Robert Henrikson, chairman, president and chief executive officer of MetLife, Inc. “We are very pleased with this result, which we believe reinforces what we have been saying – MetLife is financially strong and well positioned for both the current environment and a potential further economic downturn.”

“MetLife has a strong excess capital position, ample liquidity and leading market positions in our
core group and individual insurance businesses, where our revenues continue to be healthy,”
added Henrikson. “The company remains well positioned to continue meeting the needs of
clients and has the capacity and financial strength to further solidify its leading position in the
industry.”

Click below to read the entire May 7, 2009 press release

The Minneapolis-St. Paul Star Tribune's Jim Foti reports on the task faced by the Special Master panel of lawyers to fairly allocate slices of the fund created by the Minnesota State Legislature to compensate survivors of the I-35W Bridge Collapse disaster of August 1, 2007 . A portion of the article contains misinformation about structured settlements that appears to be jointly attributed to Susan Holden Chairwoman of the Special Master Fund as well as Mr. Foti through his analysis which says:

"Settlements given to minors, such as the kids who were on the school bus, are put in special interest-bearing accounts that aren't available until the child is an adult, although some of the money can be used before then for medical expenses. Holden said some survivors had been wary of such "structured settlements" because of the troubles on Wall Street, but the companies that provide such settlements must meet strict requirements and settlements involving minors must be court-approved".

Section 540.08 of the 2008 Minnesota Statutes provides that upon petition of the parent, "the court may order that the property received be invested in securities issued by the United States, which shall be deposited pursuant to the order of the court, or that the property be invested in a savings account, savings certificate, certificate of deposit, or share certificate, in a bank, savings association, trust company, credit union in which either the depositor or beneficiary is a member, or an annuity or other form of structured settlement, subject to the order of the court".

Rule 145 of the Minnesota General Rules of Practice for District Courts deals with Actions on behalf of minors and incompetents and Mr. Foti and the Star Tribune would have been well advised to read these rules prior to writing an article which provides misinformation.