In response to a posting of a slide show by a structured settlement broker on LinkedIn  promoting the existence of state guaranty funds, this author has written to the New York Insurance Department for an opinion:

"Many insurance agents are asked about LIGCNY (commonly requests simply refer to  "the guaranty fund")  by clients, prospective clients and their lawyers. It is understood that Article 77 prohibits the discussion of even the existence of the guaranty in the solicitation of insurance, which includes structured annuities.

Recent history
Furthermore in response to an October 2008 request concerning a brochure published by a national structured settlement trade association, that mentioned guaranty funds in general w the OGC opined in January 2009 its use to not be permissible if used in connection with New York annuitants.
Subsequent to that opinion, in early 2009  the OGC would not permit relief to a structured settlement firm to list each state guaranty association along with their phone numbers, so that the individuals could contact the associations on their own and obtain answers to their questions directly. The fact that the web posting contained an express disclaimer that the information was "not intended to be used in solicitation of any insurance product in violation of the laws of any state" was not persuasive to the department at the time.
The present
Now we have become aware of a slide show on the subject of guaranty funds as they relate to structured settlements that is posted on LinkedIn by a non resident agent believed to be soliciting New York lawyers and their clients. Postings on a LinkedIn profile can be seen by any connection, or in many instances even those that are not connections, such as the undersigned.
The solicitation on LinkedIn reads as follows:
"Check out this great SlideShare presentation on LinkedIn. Click on the link below to view the presentation.
http://slidesha.re/bsbrdZ"
Note that the slide show discusses insurance guaranty funds, limits concerning such funds and strategies for insurance consumers (in the case of the slide show, structured settlement consumers) and even acknowledges that in most states it is a violation of state insurance codes to use the guaranty association as an inducement.
Upon information and belief there are other insurance agents in other states using the existence of a state guaranty fund as part of a solicitation of structured settlement annuities. The request below is simply for New York, but the OGC should be familiar that this is not an isolated case.
It is important to note that in a structured settlement transaction the consumer could be someone who has suffered a personal injury or sickness OR the lawyer representing that person (who could receive structured payments from an annuity to pay legal fees)
LinkedIn profiles and other social media such as Facebook are increasingly being used to promote business and are considered advertising by the SEC, FINRA and other regulatory authorities.
It is important that the OGC issue and publish an opinion because the primary subject matter is of general interest
Questions

1. Is use of social media for the business of promoting insurance products, insurance companies, agencies or brokers considered advertising under New York insurance law if a Facebook Friend, Linked In, or other social media connection is a New York resident or has an office in New York?

2. May licensed insurance agents or brokers who solicit structured settlement annuities speak or write about guaranty funds in general in connection with the solicitation of annuities to lawyers or their personal injury clients?

3. Does an express disclaimer that the marketing piece is ""it's not a reason to buy insurance" or a recitation of Article 7718 (placed) on the relevant media hold any more weight in 2010 than it did in 2009?

4. Given the assumption that the Department recognizes that agents and brokers are likely to receive requests about "the guaranty fund", is there an acceptable way under the law to answer the questions of clients and prospects on the subject that does not run afoul of Article 7718?"

5. If such slide show is used in a presentation to a group of lawyers (who are prospects for annuities used to fund attorney fees) does that use violate New York law?

Do current state insurance laws around the country adequately cover the new possibilities created by the social media phenomenon?

Example:  Insurance prospect from 3,000 miles away sees agent's slide show on "Guaranty Funds" which agent posted on his Facebook page. A friend of the agent clicks the Facebook "Like button" prompting a friend's friend to look at it. That person is impressed, calls the agent, relies on the solicitation and advice provided in that slide show and decides to do business with the agent. The insurance laws of the agent's "Facebook friend" and the "Facebook friend's friend" prohibit the advertising of the state guaranty fund.

This author would like to thank Milwaukee structured settlement consultant William Fazio, for posting the slide show in question (below) and inspiring the important questions being asked here today.

Could S2KM's Patrick Hindert do any more to ride the creases of a dead man's shroud?

Patrick Hindert posted an online interview with deceased Paralympian Randy Snow in August 2008.  Then when Randy Snow met his untimely demise in November 2009,  Hindert did not make a peep-not a single word to honor this extraordinary individual.. Now in reprint of Evan Krames presentation at the March 2010 ASNP meeting entitled "25 Questions to Evaluate Pooled (Special Needs) Trusts ", he creepily tags Randy Snow among several other social media tags irrelevant to the subject of the post:

I didn't write HIndert's topic sentences, he did

" Among the strategic consequences of health care reform:

Is making a stink of this "trivial and inconsequential"?

Consider that inappropriate "kitchen sink" tagging serves to act as a drag on the speed that Internet users can find the information they seek (and it reduces the credibility of your site for search engines). For example If you were looking for something about Randy Snow and ended up with Hindert's latest posting it would be like dressing up in black tie for Phantom of the Opera 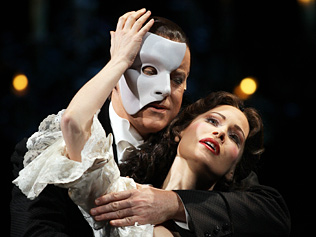 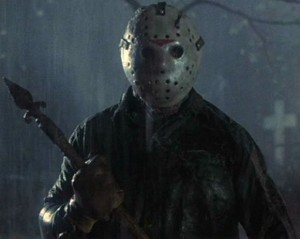 and getting a full frontal of Jason Voorhees instead