Seneca One has undermined the entire structured settlement secondary market in a single tweet that quotes hedge fund titan Paul Tudor Jones  "Don't focus on making money, focus on protecting what you have". 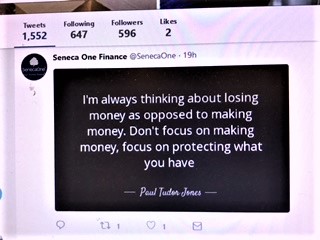 Instead of protecting what they have, structured settlement annuitants are lured into selling their valuable tax free income asset for pennies on the dollar

According to May 30, 2018 correspondence sent by Rod Boddie, General Counsel of Seneca One, recently obtained by the Structured Settlement Watchdog,  structured settlement factoring companies place "seeds" in their mailing lists, like the mythical urine-indicator dye in a swimming pool, to trip up competing structured settlement cash now companies who misappropriate Seneca One's mailings lists by illicit means. Boddie says the seeds are individuals with whom the company has relationships (employees, advisors) yet are not structured settlement annuitants.

Should you work for Cornerstone Funding, Boddie's looking for you. Please be good lads and give Rod Boddie a jingle at 240-482-4070 and answer his question.

The simmering NASP bouillabaisse gurgles like the bullfrog Jeremiah,  the morning after a "Three Chili Dog NIght" out.

21 months after one of its members financially raped a young African American New Yorker for over $1.4 million in profit spread and continues to this day to make wholly misleading statements that it delivers maximum payouts, the National Association of Settlement Purchasers delivered this nothing burger. 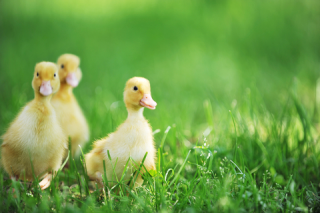 What NASP Says Is Not All It's Quacked Up Be. What a "load of chick"

"Firms that join NASP are required to disclose the details of their business practices by providing an approximation of how many transfers they complete in a calendar year, explaining how the company finances its acquisition of structured settlements, and describing how the company markets its services to customers".   NASP website annual letter January 2017.

It's simply not enough for NASP to say they review a company's marketing because its clear that either (1)  they're not doing so; or (2), that they are conducting such reviews based on incomplete disclosures and/or (3) they are aware and professing willful ignorance

Have a Structured Settlement? Seneca One Latest Stunt | "Settlement Accounting"

The Maryland Cauldron of Deceit has coughed up another fur ball.

More nonsense from Seneca One

Get a load of Seneca One's shady publicity stunt using official sounding words that belies what Seneca One actually does.  Seneca One continues to send mailings out under the trade name  " Settlement Accounting" (inset) that I first reported about in June 2016. Um, what does that imply?

According to Merriam-Webster, accounting is:

Until you read the small print and find out that it's Seneca One lurking in the bushes, someone reading the name might falsely assume that there is a need for accounting if you are receiving payments from a structured settlement. It's total nonsense.  Just like these other Seneca One marketing schemes I've reported about that are total nonsense created to suck unsuspecting people in under false pretenses.

It's a shame that Seneca One, the Bethesda MD member of the National Association of Settlement Purchasers has shown, for almost a decade, such a proficiency at exploiting the lack of regulation by soliciting consumers with what they don't do, instead of highlighting what they actually do.

Is a "Structured Settlement Registry" coming near you soon?  Maybe, considering that an individual with a Seneca One email address has just registered structuredsettlementregistry(dot)com on May 22, 2014, with GoDaddy.

The Structured Settlement Watchdog® will continue to monitor the situation.

Efforts by any secondary market company to generate leads using official sounding bogus entities will be "torpedoed". There should be no tolerance for it, in my opinion. Any research that we develop will be turned over to states' attorneys general and the Federal Trade Commission.

Settlement Quotes, LLC's Andrew Cravenho's  February 24, 2009 post will be of interest to Attorneys General and the Federal Trade Commission (FTC). Cravenho describes several recent instances consumers have written to him describing a process from structured settlement transfer companies JG Wentworth, Stone Street Capital and Seneca One that is anything but cash now.

That these cash now pushers (and many of their industry brethren) have the balls to continue to mislead the American consumer with cash now advertising knowing that there are cases like these out there is just the type of thing that the Federal truth in advertising laws were meant for.

The Structured Settlement Processing Group bills itself as " a consumer education and information group of Bethesda's Seneca One, LLC,  and a self claimed, but unsubstantiated, "leading national purchaser of structured settlement payments". What it appears to be is basically a call center staffed by operators who hesitate to give a reference. What they did reveal is that the company's major investor is Deutsche Bank Group. How disappointing!

In a display of what clearly does not befit "a model of German engineering prowess", Seneca One, LLC, through mask of the "Structured Settlement Processing Group", continues to profit from a misleading name which suggests that it actually processes structured settlements, which IT DOES NOT DO, as opposed to structured settlement factoring transactions, which IT DOES DO. This author has confirmed that the company DOES NOT possess a New York life insurance license.

Seneca One, LLC is of course the company which was on the wrong end of a New York decision rejecting a structured settlement transfer,  that we covered in Factoring Smackdown 2, where a panel of factoring companies destroyed Seneca's wimpy offer to the tort victim.

Do the bloated profits that can be obtained from the structured settlement factoring deals that judges actually approve from Seneca One, LLC make it worth it for a global banking titan like Deutsche Bank to overlook the misleading advertising of the company?

In a recent post on its Structured Settlements Wire, DealFlow Media informed its readers about an otherwise newsworthy recent decision in New York where a factoring attempt was denied by the Court for failure to satisfy the "best interest test". Unfortunately DealFlow media made the pedestrian mistake of referring to certain structured settlement payments as "lump sum awards". That mistake is something one usually associates with "pay per posters!"

Here's the DealFlow Media quote, with its error emphasized in shocking pink!

Incidentally, our sources tell us that the market price for Cimielweski's cited payments is  AT LEAST 3 TIMES THE AMOUNT that Seneca One was willing to pay. WOW! How about a hand for the Honorable Judge Ferris D. Lebous?

The term "paternalistic" may be used derogatorily to characterize attitudes or political systems that are thought to deprive individuals of freedom and responsibility, only nominally serving their interests, while in fact pursuing another agenda. While some factoring brokers and companies might snort about New York Judges being "paternalistic", in doing his job Judge Lebous created an opportunity for at least an additional $20,000 into the tort victim's pocket.