The use of the term annuity to solicit investors in factored structured settlement payment streams is a massive untruth that has been used to unload other people's structured settlement payments on soon to be retirees, retirees and injured individuals.  Emboldened by the massive regulatory gap, tertiary market entities have leveraged the scam label "secondary market annuities" by attaching it to just about any type of cash flow they can get on their shelves.  The tertiary market companies market the scam labeled alternative investments (bearing a much higher risk profile) to financial advisors who then sell them as "secondary market annuities" to unsuspecting clients who have trusted them,  because they have been sold legitimate annuities by the financial advisors, many of which are licensed and regulated insurance agents. Therein lies the exposure. 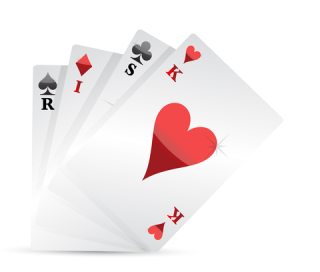 A licensed insurance agent should know what an annuity is and also recognize what is not an annuity.  It's fundamental knowledge that is typically part of the first primer that one must read to prepare for a state insurance licensing exam.

There is a clear cut definition of an annuity on the website of each state insurance regulator (sample below). Many states have mandatory continuing education requirements for annuities.

Why would any licensed insurance agent or a financial advisor dabbling in a factored structured settlement market place, put their license, reputation and livelihood on the line by running a false flag up their flag pole.

How Insurance Regulators Define an Annuity

Maryland  An annuity is a contract between you and an insurance company under which you make either a lump sum payment or a series of payments, and in exchange, the insurance company agrees to make payment to you in the future.

Delaware An annuity is a contract in which an insurance company makes a series of income payments at regular intervals in return for a premium or premiums you have paid.

New York    An annuity is a contract between a purchaser and an insurance company in which the purchaser agrees to make a lump sum payment or series of payments in return for regular disbursements, beginning either immediately (within 12 months) or at some future date.
Connecticut An annuity is a contract in which an insurance company makes a series of income payments at regular intervals in return for a premium or premiums you have paid.
CGS Section 38a-430(a) No life insurance or annuity policy or contract shall be delivered or issued for delivery to any person in this state, nor shall any application, rider or endorsement be used in connection therewith, until a copy of the form thereof shall have been filed with and approved by the commissioner
Also,  Any domestic insurance company empowered to make contracts contingent upon life may grant and issue annuities either in connection with or separate from contracts of insurance predicated upon life risks. [ref. CGS Sec 38a-432]
"Sunrise Subset"

In its answer to Plaintiffs' First Amended Complaint and Counterclaims in ongoing Arizona litigation cited below, dated June 11, 2021, Genex Capital Corporation admitted, in answering paragraph 31, that "one component of its business involves purchasing from payees future structured settlement payments due under structured settlement annuities and assigning to investors a subset of those rights..."  (emphasis added)  ( also multiple other references to "subsets of those rights..." Ibid at 13, 53, 56, 89, 109, 126)

The above admission(s) by Genex Capital Corporation in its answer to the First Amended Complaint, is very helpful to illustrate, support and underscore some important points:

Given what Genex Capital admits in its answer to the investor complaint cited above, Genex (via Assured Annuity), as well as others use the term "annuity" to market "subsets of these rights", originated from structured settlement factoring transactions.

But a foreseeable exposure here is on the shoulders of the army of licensed insurance agents, financial advisors and settlement planners, who are supposed to know what an annuity is, who are regulated by one or more state insurance departments or self regulatory organizations, who may be misrepresenting to their investors what the investors are buying, with potentially disastrous consequences!

Are Subsets of Athlete Contracts Annuities ?

Now, let's take this a step further.  There are other types of factored cash flows, like athlete's contracts, where tertiary market companies and/or licensed insurance agents and financial advisors in their brokerage channels are slapping on the "secondary market annuity" label to sell "subsets of rights" in such cash flows to investors. It's reckless.

Structured Settlement Derivatives have been misrepresented as annuities by a number of actors in the structured settlement tertiary market who know that structured settlement payment rights are in fact not annuities, and in doing so, attempt to  'disclaim liability for legal, accounting, tax, financial or other advice or guidance of any kind to purchaser"

The safety and yield of Secondary Market Annuities (SMA) have proven to be an attractive asset class to many publicly-traded companies over the past two decades".

According to a legal complaint filed in July 2016,

The investors brought suit against both the factoring company, Corona Capital, LLC  a company managed by Eric Livingston and Altium Group, LLC, a company solely managed by William D. Coluccio  [Robert Wall and Linda Wall vs Corona Capital, LLC and Altium Group, LLC  WD Pennsylvania Case No. 2:16-CV-01044-MRH, filed July 15, 2016 ].  Corona Capital was dismissed on jurisdictional grounds. The Court then ruled "when, as here, the investor has no specific commercial relationship with the original injured party who sold the structured annuity, she may not sue the finance company for breach of transfer warranties under the Uniform Commercial Code but may sue the intermediary seller receiving her investment for breach of contract.

Each and every investor considering buying structured settlement derivatives (including trustees of trusts for injured parties), whether or not misprepresented as annuities (" secondary market annuities"), should make note of the defenses put up by Altium Group, LLC  [ they could be put up by any other company]

Pop Quiz on Assumption of Risk ( on which of these does the doctrine apply?)

Forgery of structured settlement transfer documents is not without precedent

What One Settlement Planner Has Said In Advising Recycled Structured Settlements to Plaintiffs and Attorneys  August 11, 2016

Recycled Structured Settlements | "In the End the Payee Does Not Know The Difference" Says CA Attorney   November 5, 2012