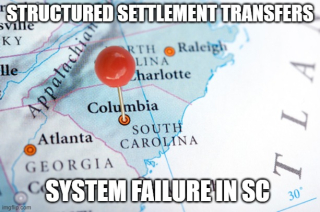 Some Structured Settlement Annuitants Sell Until They have Nothing. Why?

"Cash now pusher" has been a "term of affection" attached to settlement purchasers, a nod to the "watchword" of their profession's ubiquitous advertising, for more than a decade. The predatory manner in which some settlement purchasers elicit and prey on addictive behaviors and attempt to hook some annuitants from a psychological standpoint, to capitalize on those exhibiting impaired decision making skills . For some targets "cash now" is marketed as a financial "amphetamine", an " upper" that will make everything right and enable the victim to live their dreams. It's an empty promise.

Once some annuitants get a taste of the "cash now" "amphetamine" is it:

I will be examining these questions and more in coming blog posts which (in light of the above) will include real life stories that will stimulate important questions for debate:

"In many states, you can sell your rights to periodic payments to a company that will pay you a lump sum today. Doing so, I realize, is tempting, but it's typically not smart".-  Suze Orman