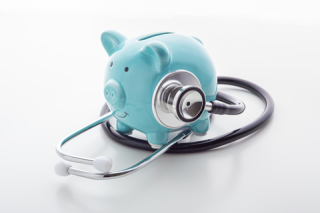 A 33 year old slice of Princess Diana's wedding cake has sold for $1,375 at auction at the Olympia International Fine Art and Antiques Fair in London.  In 2012 a 31 year old slice of toast from Charles and Diana's 1981 wedding breakfast sold for almost $400.

As was reported in 2007, a single french fry and a half drunk bottle of Coke containing David Beckham's saliva were up for bid on a New Zealand auction site. Bidding got up to $159!

It's the case of "don't do this at home" folks.

After another uninspiring performance, Manchester United could have used a swab of DNA from an in-prime Becks today.

When settling personal injury or wrongful death cases, consideration should be paid to how future medical needs will be covered, even by those who have not suffered catastrophic injuries. For example, by the time a non-working surviving spouse and children receive a recovery, the 36 month COBRA extension may have been exhausted. Other limits apply to other situations. Health Savings Accounts may be a viable option.

Eligible United  States tax payers will be able to contribute and deduct $3,250, individually (higher family limits) if they contribute the maximum amount to their Health Savings Account ("HSA") in 2013. The new limit was announced as part of Revenue Procedure 2012-26. In order to be able to take the deduction, a high deductible medical insurance plan must be purchased that meets certain requirements.

Saving for a Rainy Day Becomes Increasingly Harder, Even For HIgh Earners

Disturbing News from the National Bureau of Economic Research and the Discover US Spending Monitor in an article about "wallet fatigue" published in Sunday's New York Post.

We sell a variety of deferred payment solutions that can give someone the effect of "a salary that they cannot outlive".

Have You Lost Money on Investments or Job Layoff ? Calculate Your Financial Comeback Now!

Did you lose any money in the financial crisis of 2008-2009?   Have you lost money because of a bad investment, or had to spend down assets during a layoff?

Figure out how much you need to contribute and/or earn in order to get your portfolio back to where it was. Also useful as a savings/retirement plan projection. The New York Times has a very useful interactive graphic calculator.

Prevent Lottery Winners From Ending Up Losers: Give Them More Options

Do limited options for lottery winners increase the likelihood of dissipation? The choice is simply cash or annuity and many just take the cash. Some end up with nothing even though they started their post winning life with more than many are able to save in a lifetime.

The latest story about a lottery winner to end up a financial loser is Norfolk, England's Michael Carroll. Carroll , who managed to squander approximately $14 million he won February 11, 2002, at age 19, over the course of 8 years (after being down to about $900,000 in 6 years).

A May 30, 2010 story in Britain's Daily Mail quotes Carroll as reflecting "'The party has ended and it's back to reality. I haven't got two pennies to rub together and that's the way I like it. I find it easier to live off £42 dole than a million. He said others had benefited from the win more than he had. 'I'm just glad it's over. There were also vultures everywhere after my cash. I started to see what people were really like,' he explained.

Is it fair to the taxpayers that someone who won a sizeable sum is allowed to go on welfare and possibly qualify for Medicaid as a reward for a reckless financial downfall  in such a short period of time after their windfall?

On the one hand one could say people should have the right to screw themselves up. They make bad business decisions every day that cost them their savings. They borrow too much. They make bad investment decisions. Some get scammed by  the likes of a Bernie Madoff, Scott Rothstein, Marc Dreier or lower level alleged Ponzi hoods like "Dirty Barry" and Nicholas Cosmo Some get fleeced or taken advantage of by friends or family, or salesmen with a hot tip (never answer an investment survey!).

Today's lottery winners generally have only two choices;  a) take a lump sum or  b) take an annuity. Why don't they have more choices so they can make better decisions?

Why not give a lottery winner the ability to have a portion in an annuity? Give the individual the ability to have a stable secure income while still being able to grow into their new found wealth.  Perhaps a choice of all cash, all annuity, 1/4 annuity, 1/3 annuity and 1/2 annuity.  There should be enough options so that a person can make a reasonable choice.  Perhaps there should be some sort of guidebook to help people make an informed decision.

So our "hero" would have close to $7 million in net cash and an annuity that pays him $189,350 a year for 30 years. After assumed 35% taxes, the annuity would be about $123,077. He could blow all the cash and still have a meaningful income. Have a look at his mug in the link below. Think he'd be smiling more with more than the equivalent of $75 or so dollars a week on the dole?

Moreover, the secondary market assures that liquidity is still available.

Some might say why be paternalistic? Who gives a rat's ass if some SOB blows all his/her money?  I say why the hell not? Having now had the benefit of hindsight, if a guy like Michael Carroll finds it easier to live off 42 pounds a week compared to having a million in the kitty, perhaps somewhere in the middle would be right.

The financial security of households around the world could be reflected in their savings rate. Here's the list compiled in a June 10, 2010 report in Business Week.

Financial Statistics That Shape The Lives Of Tort Victims and Ourselves

The S&P Case-Shiller index of home values has fallen to where it was in 2002.

Nearly 6% of fixed-rate mortgages to borrowers with good credit were in the foreclosure process according to the Mortgage Bankers Association and 12% of homeowners with a mortgage are behind on their payments or in foreclosure.

Comment: Sound like a place for risk averse (by mind or necessity) tort victims to keep their money? Somewhere across America someone may be saying "You invested MY money for 10 years in an S&P 500 mutual fund and all I got was this stinking amount less"?

Comment: It is interesting to observe that every day since they have been offered in January 2003 the daily yield on 10 Year Treasury Inflation Protection Securities (TIPS) has exceeded the above. Source: Federal Reserve Board H15 Release

A fluke you say? 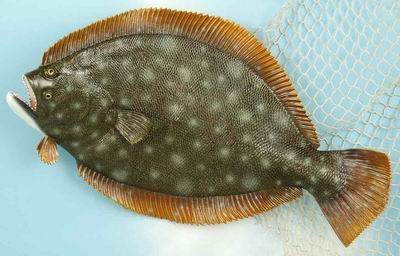 Let's go back in time to suggest that this IS NOT a fluke...

Source: "Structured Settlements and The Interest Rate Switch" by J. Thomas Romans and Frederick G Floss Journal of Forensics Economics , Vol. 12 1999 p57, who credit the Federal Reserve Bulletin and TSSC, St. Petersburg, FL for the information in the table.

Would You Take Advice From A Settlement Planner Who Had Problems Managing His Own Money?

A Free Money Finance blog posted  "Would you take advice from a financial planner who was doing poorly financially himself?" is a very interesting read, particularly the comments. It and the Chapter 7 bankruptcy filing I read today which showed an abundance of Neiman Marcus, Bloomingdales, big credit card debt, home equity line "to the max" etc., in an area that is a heck of alot cheaper to live than where I do, made me adapt the question in relation to those who advise tort victims.

I've been doing this gig for a long time and I love it, but I never forget those salad days back in the early to mid 1980s. One has to start somewhere. But then where do you go from there?  How do you buildy our business? How do you establish and maintain credibility? I think alot of it has to do with knowledge leadership and your ability to articulate it. The business is dynamic and you have to invest in your head. You need to innovate. You also need to inspire confidence and how you carry yourself, how you manage the financial aspects of your own business and your life is a big part of it.

Prudent risk management is important in any financial plan, particularly those that are doling out advice to anyone, let alone tort victims with catastrophic injuries, who likely have little to no means to earn back mistakes.

Anyone can have unforeseen medical bills. Isn't that why plaintiffs need liquidity in their settlement plans? Do you have insurance? Do you have an HSA? Do you need a special needs trust?

What sort of risk management have you done to protect a drop in income or wealth? Do you have a budget and adhere to it? Do you have a reserve fund? Do you have disability insurance? In dual income households, have you planned for the contingency that one spouse may die prematurely.  But for "Sully" Sullenberger some families of US Airways 1549 might have been looking at that question in hindsight.

The old adage "people don't plan to fail, they fail to plan" resonates.

Structured settlement annuitants who spend recklessly on material items and fail to budget are susceptible to the sirens of financial crack dealers and cash now pushers. It is clear how the New York Judiciary feels about tort victims mismanaging their money. Which is worse "the squandering tort victim", or the "squandering settlement adviser?".

Why should we not question the credibility of those who emphasize "extensive financial services careers" or "spearheading multi million dollar portfolios" in their sales pitch to tort victims, yet demonstrate a reckless lack of discipline with their own finances?

Good news for families! The insurance Information Institute reports that term insurance rates have dropped 4% a year since 2000 with the trend expected to continue.

One reason for the drop:

Mandatory switch of mortality tables to the 2001 Commissioners Standard Ordinary (CSO) as of January 2009. 1980s tables were used previouly and there have been improvements in mortality along the way.

If you have a term insurance policy John Darer can help you review it in light of your current situation and update it if appropriate.