It wasn't sunny side up for Peachtree Settlement Funding as another court – this time the United States District Court in Houston – has handed down a decision that supports gazumping of a settlement purchaser's bid to purchase structured settlement payments prior to the signing of a structured settlement transfer order.  Supporters say the Houston decision stifles anti-consumer and anti-competitive practices and some might say, to paraphrase rapper Coolio, in Houston at least,  it's a "gazumpa's paradise". 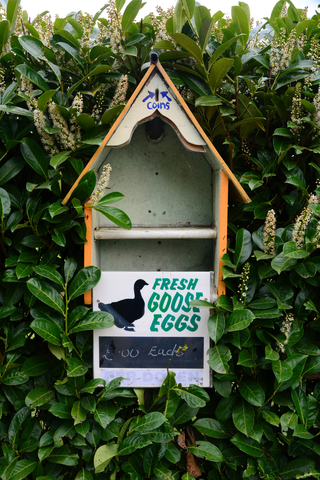 Goose Eggs For the Gazumped?

Plaintiffs Settlement Funding and Peachtree sought a permanent injunction preventing Defendants
Rapid Settlements, Ltd., (“Rapid”), Rapid Management Corp., RSL Funding, LLC, (“RSL”), Stewart A. Feldman, and their affiliates from interfering with Settlement Funding and Peachtree’s factoring
agreements.  The Defendants obtained the information about the cases from scraping the court record of the Peachtree transfer filing and contacting the annuitant with a better offer.

JG Wentworth/Peachtree has allegedly threatened its competitors for years with lawsuits if "its customers" were approached with a better deal ("mo' money" ) for the consumer.   Given that a filing for the sale of lotteries and structured settlements has to sit at the courthouse generally for at least three weeks, competing buyers have the opportunity make higher offers to customers selling their structured settlements, leading to a better deal for the consumer and a worse deal for JG Wentworth/ Peachtree.  The federal court in Houston ruled – now about the 3rd or 4th court so holding – that a competitor is free to solicit so-called "Wentworth customers" at least right up until the court order is signed – maybe thereafter until it is final weeks later.  The filing of a transfer agreement or a contract does not stop the customer from continuing to seek higher bids.  According to our sources, Wentworth has spent an estimated $1 million trying to shut down these practices.