The sentencing memorandum in UNITED STATES OF AMERICA  v.  JOSEPH EDWARD GARGAN,  [E.D.  VA Case No. 1:20-cr-110 (RDA)] states " after careful consideration of each of the statutory factors enumerated in 18 U.S.C. § 3553(a), the United States recommends that the Court (1) sentence the defendant to 78 months in prison; (2) impose a three year term of supervised release; and (3) order restitution and forfeiture in the amount of $9,117,165.

On June 15, 2020, the defendant, Joseph Edward Gargan, entered a guilty plea to a two count Criminal Information charging him with embezzlement of government funds, in violation of 18 U.S.C. § 641 (Count 1), and wire fraud, in violation of 18 U.S.C. § 1343 (Count 2).  (Presentence Report “PSR” ¶ 1). Mr. Gargan’s pleas of guilty were predicated on the embezzlement of $7,957,750 entrusted to his care. Mr. Gargan embezzled money that was given to him by civil litigants so he could purchase annuities on behalf of people who were injured through medical negligence. Instead of using the money to purchase annuities as he was hired to do, Mr. Gargan used the settlement funds for his personal benefit, including to support a lavish lifestyle. Much of the money stolen by Mr. Gargan was intended to be used for the long-term care of children injured through medical malpractice  (Ibid.)

Once the United States learned of Mr. Gargan’s embezzlement, it allocated new funds to purchase the agreed upon annuities for the victims. As a result, each of the settlement agreements listed in Count 1 have been fully satisfied (by the US. Government). However, the cost of annuities typically increase over time. The restitution amount owed to the United States reflects the increase in the cost to the U.S. Government to purchase comparable annuities for the victims. PSR at ¶ 49. (Emphasis mine)

In the wake of his criminal conduct,  says the U.S. Government, Mr. Gargan left behind an $8,084,415 debt to be paid by the U.S. taxpayer, a $1,032,750 liability to be shouldered by a financially struggling self-insured hospital that serves the medical needs of an economically disadvantaged community, and, most appallingly, left a severely disabled child without the resources necessary to sustain his long-term care  (Ibid.)

The stipulated restitution amount owed to the Yonkers, New York hospital is $1,032,750. Mr. Gargan’s theft of this money has created significant challenges for the hospital and the victim. The United States has been in contact with counsel for both the hospital and the victim and is aware that the parties are working to address the financial impact to the child created by Mr. Gargan’s theft. However, to date, the $1,032,750 stolen by Mr. Gargan has not been replaced and the victim does not have the ability to use this money for his current or future care. PSR at ¶ 50. The total amount of restitution owed by Mr. Gargan is $9,117,165. The United States requests that in the restitution order to be submitted at sentencing, the Court order that the Yonkers New York hospital be paid in full before the United States   (Ibid. Emphasis mine)

Gargan excuse for his conduct was all the result of bad business decisions in his other business investments that had a higher burn rate than expected and he fully intended to repay the money  (money that was not his to use). A long list of luminaries from his wife to Kenneth Feinberg to Edward Kennedy, Jr., and business partners,  all submitted character references in favor of more lenient sentencing. One referred to his alcoholism, allegedly inherited from his father and that he was "incapable of manipulation or making phony promises he had no intention of keeping".

Ken Feinberg's testimonial is particularly troubling in my opinion. Feinberg cites all the work that Gargan did explaining structured settlements on the Indonesia and Ethiopia 737 MAX crash cases , a time frame when Joey Gargan was still not done with embezzling money. There is no question that Gargan dishonored the structured settlement industry and the settlement planning profession with his crimes. If you follow the money, in August 2015, a company led by Gargan first loaned money to and a few months later acquired a 51% interest in Courtroom Connect, was a company in which Feinberg had a substantial investment!

The U.S. government counters that "Gargan’s conduct demonstrated a complete disrespect for the law and a total disregard for the financial impact his scheme had on the victims. Mr. Gargan’s conduct was criminal from the moment he misappropriated someone else’s money to invest in a different business, to pay-off a different client, or to make improvements on an expensive and extravagant home. As further evidence that Mr. Gargan thought and acted like a criminal from the beginning, once he began stealing his victims’ money, Mr. Gargan - as most criminals do – lied to his victims and did everything he could to conceal his embezzlement and avoid detection. Mr. Gargan’s premeditated and carefully executed scheme was designed exclusively to line his pockets at the expense of his victims. The thread that runs throughout this four year-long fraud is the notion that Mr. Gargan felt entitled to be rich, even if that meant stealing money intended to be used for the benefit of medical malpractice victims".

Gargan had a misdemeanor charge for brandishing a firearm in 2019 and firing it into the air. The government points out that Gargan's crime happened AFTER the misdemeanor and therefore adds points against him in the sentencing formula.

Gargan Bites The Hand That Fed Him

In an effort to lessen his sentence, Gargan bizarrely lashes into the United States government that fed him work for many years, seemingly in disregard for the fact that his crimes cost the United States taxpayers money.

"While it cannot be emphasized enough that Mr. Gargan expects to and will make full reimbursement for what he purloined, it would be unfair not to also understand the limited harm to the injured children from the misappropriation in two ways: (i) the injured person is guaranteed the income stream over the years of his or her life, regardless of whether it is by annuity or direct Government payments, and so only the Government is the victim here, which is
how Mr. Gargan saw it at the time; and (ii) Mr. Gargan believed that time was on his side as he covered temporarily the monthly payments and anticipated doing so until he could buy the annuities at an affordable rate. This would only occur as the interest rates went up allowing for lower premiums and a greater return. In fact, even now, he would have expected the Government to have carried the annuity payments, as he was doing, until it could acquire them at a reasonable rate, and potentially even for a lower sum than the settlement agreement required. Mr. Gargan has no knowledge what the Government has done in these instances; In any event, whichever course it has taken, it has spent money to go into a trust that is self-serving in a the way it affords the Government the real benefit on many of the policies, including the remainder and any appreciation earned from their investments"   [ DEFENDANT’S MEMORANDUM IN AID OF SENTENCING AND MOTION FOR FURTHER DISCRETIONARY DOWNWARD DEPARTURE FROM THE SENTENCING GUIDELINES]

As part of his attempt to throw himself on the mercy of the court for more lenient sentencing, Gargan's letter to the judge attempts to throw an employee under the bus who made the mistake of not locking in rates. After characterizing the employee's mistake as inadvertent, Gargan shamefully puts aspects of the employee's medical history in a public record.  The purported mistake amounted to about $100,000, but soon escalated to $1.2 million.  Gargan decided to embezzle instead of filing an insurance claim, an action that would have spared jail time. 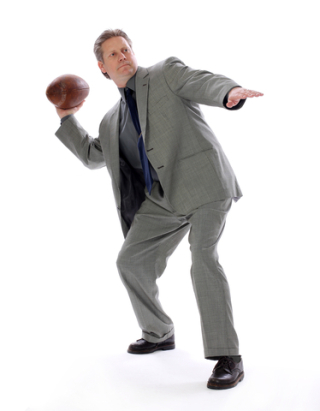 Gargan requests that the Court exercise its discretionary right to employ a downward departure pertinent to the circumstances and consistent with recent similar white-collar defendants’ sentencing and thereby consider Mr. Gargan:

(i) for home detention so he can avoid the threat of Covid-19 inflicting him as he is within the age category most affected by this sinister disease;
(ii) alternatively, if the Court believes that a period of incarceration is warranted, despite what he has already suffered and will for the rest of his life regardless of what more is imposed here, that it recommend that his incarceration be at the Hazelton camp where medical assistance is available or some other minimum security facility that is relatively close to his home so his mother, wife and sons can visit with him (e.g., satellite camp at FCI Cumberland, MD, or Loretto or Schuylkill, PA); (iii) that any term of incarceration take into account all that has been presented here and on his behalf so that any imprisonment be limited by a significant downward departure and with the Court’s exercise of its inherent authority limiting it to no more
than a very short duration of months so he can continue to work toward making full restitution as quickly as possible for that will benefit everyone the most and so it’s “not greater than is necessary” to accomplish the objectives of the sentencing statutes; and (iv) allow him to self-report in about one month on October 31, 2020, so he can assist further with implementing the Covid-19 testing which will benefit society immensely and earn revenues to meet his obligation for restitution which should be, as the Parties’ agreed, at the stipulated amount of $8,084,415.

How should the Court consider Joe Gargan's concerns about Covid-19 over the minor in New York who, prosecutors say was left without the resources necessary to sustain his long-term care, because of Gargan's conduct?

I wonder what Lebron James would say about this. Actress Lori Loughlin was sentenced to two months in jail, her husband 5 months in jail, for their role in the notorious college entrance exam cheating scandal.  Yet this is the sort of jail time he's seeking. If somehow Gargan prevails with a petty prison sentence for a crime that sails way past a college cheating scandal, couldn't that be a example of elitist "white privilege"?

Should Joey Gargan get less time in the cooler than Wesley Michael Woodyard, a former structured settlement broker from North Dallas Texas who ripped off several insurance companies? Wesley Michael Woodyard was sentenced to 87 months in Federal Prison in July 2017 for his $4.6 million fraud.  The magnitude of Gargan's crime is almost double.

Prison sentences for embezzlement in 2020 across the USA

A Southington CT bookkeeper was sentenced to 2 years in the clink for embezzling $370,000 from her employer

A man who handled finances at a Lake Michigan ferry company has been sentenced to more than five years in federal prison for a scheme to steal at least $1.7 million between 2007 and May 2018. from the business.

A federal judge in Albuquerque, New Mexico has sentenced a court-appointed guardian to six years in federal prison after he was convicted of stealing millions of dollars from vulnerable and special needs clients.