Did You Receive "Division of Plaintiff Rights" Mailer? It's Jiggery-Pokery from Delray Beach 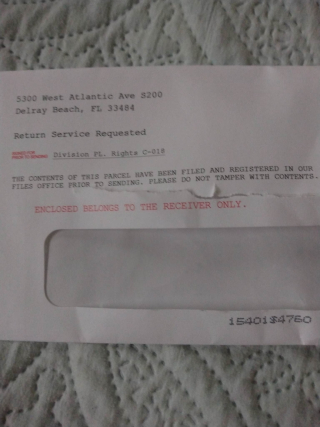 "Division of Plaintiff Rights" schmooze that turns out to be a ruse. Just a solicitation to sell your structured settlement payments to Rising Capital.

Rising Capital Sales Pitch is Like A Flaccid Souffle

Just to be clear if you sell to Rising Capital, or any other company like them, your "dough" ain't rising.  "Pennies on the dollar" sure isn't rising. More like a flaccid souffle.

The recipient of the letter received an envelope that has a return address of 5300 West Atlantic Ave, S200 Delray Beach, FL 33484. Next is listed on the envclope is Division of PL. Rights C-

With even more jiggery-pokery, the envelope further states "The contents of this parcel have been filed and registered in our files office prior to sending.  Please do not tamper with contents". And "enclosed belongs to receiver only".

An industry friend recently shared with me that the National Association of Settlement Purchasers (NASP) brought up the subject of extensive negative publicity the the industry segnment was receiving.

Maybe its time that NASP starts getting serious about collaborating, supporting, advocating and putting into place a licensing standard for the structured settlement secondary market, just like there is for life settlements. Surely that would be good for business. Solicitations such as Rising Capital's "Division of Plaintiff Rights" and the John Hancock spoofing from 2019 described in the prior posts have no place in this business. The types of mailers deployed by Rising Capital and others (like late Seneca One's old "National Structured Settlement Registry") would never be allowed if sales practices in the structured settlement secondary marklet were actually regulated everywhere instead of the unregulated morass that has gone on for more than 20 years. History has proven that self-regulation and self discipline is clearly not the structured settlement secondary market's strong suit.

Rising Capital Setting Credibility is an apt Haiku to describe the level of abject Delray Beach nonsense on display from Rising Capital.

The following paragraph appears on the Rising Capital website at time of publishing and gives reckless advice about how couples contemplating life without each other should plan for it financially. It comes as no surprise that Rising Capital's one trick pony idea, is to sell your annuity (for pennies on the dollar) so that you have a "large" lump in return, allowing you to invest it where you need it.  Don't be fooled by Rising Capital's nonsense.

Unless the spouses are not insurable, buying life insurance is a far more efficient means to provide financial security to spouses, since the timing of demise is presumably unknown. The life insurance death benefit can provide an immediate income tax free lump sum to

Life insurers also have other life insurance claim settlement options besides lump sum at death to suit a beneficiary's needs.

My May 10, 2020 post details the unimaginable victimization of a mentally disabled Texas structured settlement annuitant by an affiliate of Rising Capital, in existence for a total of 5 months as yet another chilling example of how taking advice from unlicensed and unqualified structured settlement factoring companies could be hazardous to your fiscal health.

My May 12, 2019   and March 10, 2019 posts discuss the spoofing of a "John Hancock Life Insurance Company Internal audit". Rising Capital had sent a mailer from what appeared to be a fictitious person in an envelope marked Audit Alert-Time Sensitive.  My conclusion was a parody of an old adage "A Rising Capital Raises Bull Shit"

On March  24, 2020, Lajuan Davis refused independent professional advice and paid for it by stiffing himself for the $65,000 he could have got with a 5.4% discount rate, according to our source, which would have raised $140,000 in cash for $220,000 worth of lump sum payments. He might have even been able to do better than that. Instead Davis's structured settlement was harvested by piggy Orange Blossoms LLC, which paid him only $75,000.  Orange Blossoms, LLC is located at 5300 W Atlantic Ave STE 200, Delray Beach, FL 33484, the same address and suite number as Rising Capital Associates.

The effective discount rate on the deal was 13.65% which is not even in the  ball park of competitive. And Judge Caroline Tesche Arkin approved it May 5, 2020.

In Re: Approval of Structured Settlement Payment Rights by Orange Blossoms, LLC, Petitioner and L.D., Respondent

If Lajuan Davis needed only $75,000 then he could have kept some of his tax free structured settlement payments. Instead he effectively grossly overpaid the buyer and/or their investors, St James Receivables, LLC.

The lesson to be learned is to always shop around, no matter what. 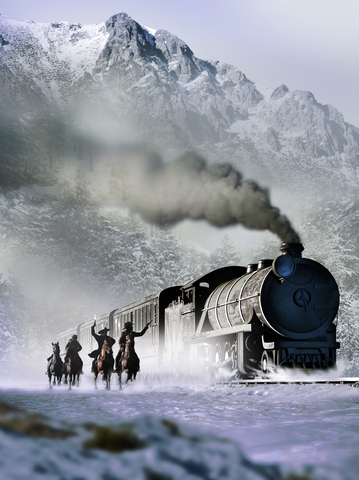