s of junk bond bloated Executive Life Insurance Company of New York , pending in Oregon Federal Court, is already stirring up ( and is likely to continue to stir up) some spicy commentary

Like the matter of Yanisse Adrian v Mesirow Financial Structured Settlements before it which involved a single plaintiff, this case, which potentially impacts over 1,000,  presents a perfect opportunity for anyone that works with plaintiffs to issue press releases, blogs, news blasts and for vendors of soap boxes to make a killing, as the the "underscore" to why plaintiffs need their own structured settlement broker spreads, as it has done for 25 years.

Following my December 8, 2014 commentary, my colleague Mark Wahlstrom has added his own on the Settlement Channel which seems to focus on an allegation in the complaint "that Ringler Associates brokers sold ELNY contracts using qualified assignments which exposed plaintiffs to excessive financial risk and which relieved defendants of liability to fund payments in the event of an insolvency, which in fact is what occurred in 2013".

After I read that I wrote what I believed to be a thoughtful comment to Mark's blog asking him if that is what he meant and it was apparently moved over to the Legal Broadcast Network Channel sometime during the wee hours of December 10, 2014 and to which he responded. So the ball stays in the air on this topic of interest.

So the question is "Do qualified assignments expose the plaintiffs to excessive financial risk?

An accurate record of structured settlement history doesn't need a "fudge capacitor", so I have managed to  track down "Marty McFly" who has graciously provided me passage "back to the future", in particular the  1982-1986 time frame for my ongoing research into the conditions that existed during the ELNY era. 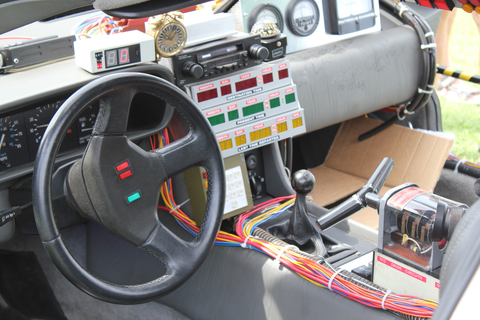 Prior to the Periodic Payment Settlement Act of 1982, effective January 1983,  there were no qualified assignments.  If a structured settlement was consummated as part of the settlement of a lawsuit the Defendant or the insurer bought and held the annuity and retained contingent liability.

The Defendant could not write off the liabilty in year 1. Because they only had a pro tanto discharge, the write off was only permissible in the year payments were actually made.

From the plaintiff's standpoint it wasn't all  "peaches and cream" because they were a general creditor of the defendant or insurer and this exposed their future to the fortunes or busts of the Defendant, or his/her its insurer.  Bear in mind that property and casualty companies can go bust too.  A relevant case in point would be Transit Casualty Company, a Missouri domiciled company whose demise December 3, 1985 was referred to as "Titanic Insolvency"

The standard of care is not only an issue in the Westrope and Kelly suits v Ringler and Hoffman, but it will likely come up in Moore v EPS Settlements class action. The local Florida plaintff attorneys in the EPS action have advised the Court of the recent Oregon decision according to information posted on Pacer.gov December 10, 2014.

Some suggest that in the 1980s the "standard of care" for an insurance agent was to simply look up and rely on the rating from A.M. Best rating.  A.M. Best rated ELNY its then highest rating of A+ (Superior) at all relevant times to the placement of the Westrope and Kelly structured settlement annuities.

But a structured settlement is not simply the matter of purchasing an annuity. The transaction has the following parts:

In the case of ELNY, the qualified assignment company was First Executive Corporation, the holding company for ELNY and the defunct Executive Life Insurance Company (CA).  The holding company did not have an A.M. Best rating.  In 1984 the Wall Street Journal published a story that said that EF Hutton, then a prominent Wall Street firm, had yanked sales of First Executive products, significant for having represented 20% of First Executive sales. The tagline in EF Hutton advertising of the time was " "When EF Hutton talks, People Listen".  Not in this case however.

Here is an excerpt from the Santa Cruz Sentinel Oct 2, 1983 regarding Baldwin United "the financial services giant had been teetering on the brink of collapse since last Spring" (i.e. 1982)

In August 1982 24 year old Yale graduate and Wall Street analyst Jim Chanos, from Chicago's Gilord Securities started saying that Ohio-based Baldwin United, then a Wall Street darling, was a total sham. Then March 29, 1983 Baldwin announced it would be " restating its earnings. The Chicago Enquirer and The Post started doing intense investigations. Chanos was recruited by Deutsche Bank and set his sights on Michael MIken of Drexel BUrnham whose biggest customer was First Executive!

Here is an excerpt from the New York Times about Charter's March Into Bankruptcy in May 6, 1984, one year prior to the placement of the Westrope and Kelly annuities with ELNY:

"JUST last month, the Charter Company, a $5.6 billion oil and insurance conglomerate that was once Wall Street's favorite, touted itself as a hard-charging, vibrant growth company. Its annual report, dated March 26, displayed a color photograph of smiling Charter chairman Raymond K. Mason, assuring shareholders that the company's ''financial condition continues to be strong.'' In truth, however, Charter was weak - very weak. Twenty-five days later, the company declared bankruptcy and, in so doing, ended a four-year high-wire act during which it had struggled to shore up its shrinking cash supply through financial gyrations while its basic business was slowly bleeding to death".

I have absolutely no evidence at this time that Paul Hoffman, whose office was based at 116 John Street New York, NY, or John Does 1-100, or plaintiff lawyers, or judges, or the plaintiff's representatives, read the New York Times, New York Post, Wall Street Journal, Long Island Newsday or Daily News, or major city or watched the nightly news on TV, but clearly the bankruptcies of the number 1 and number 2 sellers of annuities of the time were a large, significant and unavoidable news story that was syndicated by United Press International (UPI) and Associated Press (AP) throughout the United States.

January 25, 1983 New York Times    "Hints of problems with the annuities had circulated for some time, partly in response to disclosures by insurance regulators in Arkansas that two Baldwin insurance subsidiaries there that sell the annuities had shortages of capital last year". Prudential-Bache is known to have told its sale force informally in the past few weeks that it ''would make good sense to concentrate on other annuity products for the time being.'' George Ball, former president of E.F. Hutton & Company and now president of Prudential-Bache, is understood to have asked for a review of Baldwin-United's annuities."

November 3, 1983 New York Times  "'There is no question that the brokers who sell annuities are taking a much harder look at the insurance companies, and at what they are doing with the premiums from the policies they sell,'' Perrin H. Long, an analyst with Lipper Analytical Services, said last night.   The same article discusses a Merrill Lynch Memorandum  "In a memorandum sent to its account executives, Merrill Lynch Life Agency, a Merrill Lynch subsidiary that sells annuities and receives commissions from the issuing companies, said that after Dec. 1, it would no longer handle annuities issued by Charter Security Life, a subsidiary of the Charter Company, the Capital Life Insurance Company, Old Republic Life of New York, the John Alden Life Insurance Company and Executive Life. Merrill Lynch VP James M. Flynn concedes in the artlcle that its criteria for what was acceptable was sharply upgraded in reaction to Merrill's role in the Baldwin-United affair.

A natural question to ask would be if Merrill Lynch was concerned about Executive Life why wasn't Ringler, or Kenneth Wells, (now EPS) and anyone else whose brokers placed structured settlement annuities with Executive Life?  Merrill Lynch was selling the products for retirement.  The structured settlement sales were in some cases to people who had no forseeable employability but forseaable lifetime medical needs?  Who was responsible for the due diligence?

In Texas, on November 22, 1984 an AP news story out of Austin TX reported about the former #1 seller of annuities,  "those who sold annuities of the now bankrupt Baldwin-United Corp. have been told to make full refunds to customers or face a class action lawsuit. In seeking refunds Attorney General Jim Mattox said that 25,000 Texans spent millions of dollars on annuities , sales of which violated state laws because of false, misleading, deceptive, unconscionable and unfair acts".

In North Carolina on March 30, 1984 on the front page of The Daily Tar Heel,  The insurance commissioner Jim Long discusses the example of Baldwin-United, a financial company in the insurance business as what can happen to consumers when they buy policies from brokerage houses and not agents. He said Baldwin enticed aged consumers with an exorbitantly high 17% interest rate, which brought in $182 million of premiums, but because of the high rate of interest the company lost money and is in rehabilitation the insurance company equivalent of bankruptcy".

On February 15, 1985, in the months leading up to Westrope and Kelly ELNY sales and a year before the Moore sales,  the Chicago Tribune  reported that more than 3,500 Illinois residents were affected by Baldwin-United.  The same article reports of a class-action settlement in New York , the settlement for which would require brokers to pay $139 million nationwide and exempt them from further legal action from policyholders who participate in the settlement.

I have researchers currently seeking to obtain the newspapers and televison news reports of the day which prominently discussed these stories. I intend to compile them and present them for the purpose of the historical record.

Some have  said that the flow of information then was not as fast as it is now.  True to a degree,  but we were well beyond smoke signals, carrier pigeons and pony express,  the "brick" cell phone was sintroduced in 1973, analog cell phone service  was commerically introduced in 1983, and more importantly there is already alot of proof that the widely syndicated stories about the demise of the leading two annuity sellers, which preceded the sales of ELNY annuites in the Westrope and Kelly cases as well as the Moore case in Florida, were ongoing throughout 1983 , 1984 and 1985, all relevant times. Let's see what my researchers come up with for New York area contemporaenous media.

What side am I on?

I'm on the side of the truth.  I know this is a very unpleasant subject for the industry, particularly ELNY era members.  But consumers, those in the structured settlement industry who were not around in the ELNY era, or those that were around but chose not to write ELNY business deserve a recordation of what information was readily available at the time.

Perhaps there was a shared responsibility and it's not just those that are Defendants in the class action?   One thing is for sure had the annuitants diversified they would have been in much better shape today.