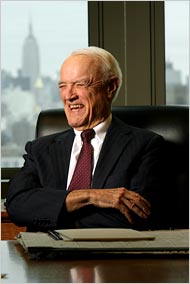 Kudos to Kings County Supreme Court judge James G. Starkey who put the kibosh on an attempt by J.G. Wentworth subsidiary, 321 Henderson, to get away with charging a 21.42% effective discount rate to Gladys Lugo. Lugo, 21,  has been receiving structured settlement payments from American International Life Assurance Company of New York* since February 2007.

Peter Vodola of Pullman & Comley has done a nice analysis of the June 12, 2009 decision In the Matter of the Petition of 321 Henderson Receivables Origination, LLC v. Gladys Lugo  (N.Y. Supreme Ct. Kings Index 3073/2009) on the Secondary Market Law Blog

Pingo Pango Ponzo Who Wants To End Up With Zero?

The Ponzi scheme du jour involves Danny Pang who allegedly defrauded investors in life insurance policies (life settlements/viatical settlements). These have nothing to do with structured settlements although it's bound to come up in the search results thanks to some moron with a made for Adsense website.

Pullman (ing) Them Comley With "His" Song

My friends at Pullman Comley did a nice job of reviewing a number of significant California Court decisions:

which affect the factoring industry, particularly the segment of "cash now pushers" that have preyed on tort victims with structured settlements, with misleading advertising.

Specifically California Courts ruled that factoring companies violated the California Structured Settlement Protection Act in over 100 Court approved transfers and that the defects meant that the factoring company had violated the California consumer protection statute. The "Cash Now Pushers" involved include 321 Henderson (a  JG Wentworth affiliate) and Novation Capital, whose President leads the National Association of Settlement Purchasers.

There are a number of interesting legal issues in these cases that should tie up factoring industry resources for a while. There are also a few things structured annuity issuers need to be thinking about. Please read  Pullman Comley Structured Settlement Insights Vol.V Issue 1 Summer 2008 for its analysis.

S2KM's "coverage" of Pullman Comley's newsletter is essentially just paraphrase and bullet points. While Hindert never loses and opportunity to slag off what HE and the factoring industry call the primary structured settlement market, he is silent on the miscreants cited by the California Courts. Only a week ago he was waxing poetic about the June 17th JG Wentworth conference as if it was "The Second Coming".

S2KM's Patrick Hindert, the framer of the primary/secondary market "one structured settlement industry" fallacy will never again be seen as a neutral (as if he ever was by anyone other than the naive) as part of his covert effort to bring the two distinct industries together as one.  The "one industry" pustule was and continues to be propaganda framed by Hindert in "Structured Settlements 3.0", adopted by the factoring industry. Onto Hindert's covert treachery, back on July 29, 2006, I responded to Hindert' with Structured Settlements 3.0: Time For a Rewrite". Here was Hindert's response. HIndert was recently quoted in Deal Flow Media  as being on a mission to bring the parties together for about 3 years.  Do the math! What has the structured settlement industry done in that time?

Echoing my words of 24 months ago, the structured settlement industry should be doing now what it should've started doing 24 months ago, (i.e. distance itself from the factoring industry's bad business practices and reject the "one industry" fallacy.  Those members of the structured settlement industry should banish the primary/secondary framework from their vocabulary.

Public relations efforts of structured settlement industry members should heavily emphasize the critical elements of distinction such as licensing v no licensing, regulation of advertising and solicitation practices vs no regulation. no kick backs vs kick backs etc. You don't need to have the bloated hedge fund fueled budget of JG Wentworth and Co. to be effective in this effort.