An attorney for a firm that is a heavy promoter of Firmwide QSFs has made quite the gaffe, in an article promoting same on his firm's website.

When the settlements and fees are settled into a QSF, the defendant receives an immediate payoff/1099"** 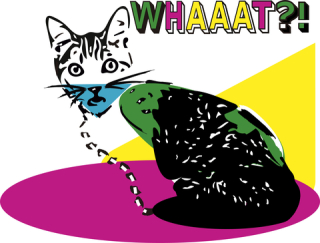 What is a Payoff?

(1)   a payment made to someone, especially as a bribe or reward, or on leaving a job:
"widespread rumors of payoffs and kickbacks in the party"  Synonyms: payment · payout · reward · recompense · consideration · bribe · inducement ·enticement · incentive · payola · douceur
(2) the return on investment or on a bet

A 1099 is an Internal Revenue Service (IRS) form that is used to report income received through sources other than employment. The IRS refers to 1099s as information forms. They serve as a record that reflects income given to someone by a person or organization that they are not formally employed by.  Source:  UpCounsel.com  What is a 1099?  Everything You Need To Know

I love language and part of what I've done blogging over the years is to point out where perhaps there might have been a better choice of words.

This isn't the first time I've questioned the use of the term "payoff" in connection with settlements. See my January 31, 2010 blog Northeastern Capital's Amusing Finnacial Literacy Lesson

*QSF Chef is a QSF blog nom de plume I'm trying out. Why? Because it rhymes!

Jamal Knight, an Orange County, New York man who squandered approximately 60% of the $1 million net settlement he received  in April 2006, was denied a petition to sell 54.5% of his monthly structured settlement payment rights by a New York Judge. In denying the request, under New York's Structured Settlement Protection Act,  Hon. William J. Giacomo made note of:

In April 2006, Jamel Knight's net settlement was allocated 60% to cash and 40% to a structured settlement with Massachusetts Mutual Life, an A++XV rated annuity issuer. The annuity pays him $1,978.11 per month for life with 360 months (30 years) certain. He also receives $700 per month in disability payments.

Knight has 5 children ranging in age from 1 to age 17. His two oldest do not reside with him and the oldest is now a father.

This is a tragic but classic case which highlights why tort victims need to receive comprehensive settlement planning advice and education at and before the time of settlement and, they need to have an ongoing plan for recovery management. It's unclear, from the information presented in the Slip Opinion, why so much money went to Knight's parents at the expense of setting up education funds for his children, or whether the subject was even raised at the time settlement discussions ensued.