Efforts by a disgruntled former structured settlement broker Richard B Risk Jr., to get another big payday off the backs of an insurance company have ended 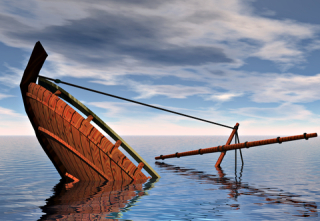 Appeal of Ezell Lawsuit against AIG

Souter wrote "Appellants conceded in their complaint that it is "[i]ndustrywide" practice for brokers to be paid "a standard sales commission of four percent (4%) of the annuity's cost," Amended Complaint ,Paragraph 31, and that the commission would be paid by the annuity issuer, id. , Paragraphs 35, 99(b), 100(b), 120(b), 121(b). Assuming that these allegations are true, as we must at the motion-to-dismiss stage, Bell Atlantic Corp. v. Twombly, 550 U.S. 544, 555 (2007) , the four­ percent commission payment would have been paid by the life insurance companies that sold the annuities, and would have been accounted for as a standard element of the cost of doing business by the life insurance companies and reflected in the market prices that Lexington paid. The commission, in other words, was included in the price of a given annuity in the marketplace, and the appellants have provided no basis to infer that liability insurers in Lexington's position were under any obligation to inform a settlement party of the items of overhead that it was the annuity industry's continuing practice to account for in pricing their products. Because the words "annuitized" and "total present value" simply committed Lexington to pay the amounts stated as necessary to produce the periodic payments specified in the agreements, the annuity companies' payment of brokers' commissions from out of the money Lexington paid for the annuities does not belie the facts that Lexington paid the amounts it quoted and that appellants received exactly those specific annuity payments the agreements had promised, payments that the appellants have not alleged that they failed to receive".

"Because there is no dispute that appellants did receive the periodic payment amounts they were promised in agreements containing no uncorrected misrepresentations, there is no allegation in the pleadings that appellants suffered the kind of harm necessary to make out a case of the statutory or common-law violations claimed".

"The basic problem with appellants' complaint is not that they failed to state some facts "with particularity." Fed. R. Civ. P. 9(b). Rather, it is that the facts they have pleaded "with particularity" on the matters discussed here demonstrate the absence of any "circumstances constituting fraud." !Q,_ Accordingly, we affirm the District Court's decision dismissing the amended complaint with prejudice."