Disgraced hedge fund manager Paul Greenwood surrendered his teddies (along with the rest of his assets) to the government when he was convicted of embezzlement earlier this year. Now his ill-gotten teddy bear collection has raised $1.7 million at auction conducted at Christie's auction house. The paltry sum pales in comparison to the $550 plus million investors lost in his swindle.

Given that the bear is a simple of pessimism, cynicism and a downward sliding market, one wonders why more weren't clued into the inconsistency of Greenwood's "bull"ish pitch. Fortunately the media has resisted the urge to label this hood another "mini Madoff".

The National Enquirer's Philip Smith observed the irony that the gates to the now former Greenwood estate in North Salem, New York are adorned with two large stone pigs.

The depth and breadth of Ponzi schemes in widening (literally). 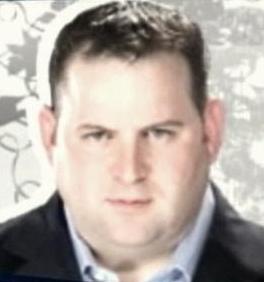 A. It was reported on September 13, 2010 that Michael Goldberg 39  (left),  formerly of Wethersfield, CT, pleaded guilty to operating a $100MM Ponzi scheme over 12 years. His scheme allegedly involved promising huge short term returns to investors whose contributions were supposed to be used to buy diamonds for resale or foreclosed assets from JP Morgan Chase. 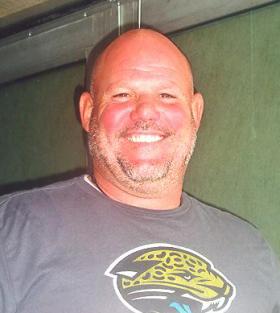 B. In July it was reported that Jacksonville Florida financial adviser Wayne McCleod, a self-described "retirement expert" who hired top federal law enforcement officials to work for him, and who used his alleged friendship with FBI Director Robert Mueller as a sales pitch, fleeced hundreds of federal agents out of at least $34 million in a Ponzi scheme. McLeod was actually hired by the FBI, as well as other agencies to conduct retirement planning seminars.

In 1988, according to an SEC complaint, McLeod began offering investors "guaranteed, tax-free returns of eight to ten per cent annually" in return for long-term investments in a bond fund that was managed by his company, Federal Employee Benefits Group, Inc.

"In reality, the purported bond fund, which McLeod called the FEBG Bond Fund, did not exist," according to the complaint, which noted that McLeod "simply used new investor funds" to pay interest to other investors and enjoyed a lavish lifestyle until the bubble burst" in June 2010.

McCleod "wacked" himself after admitting to his scam. 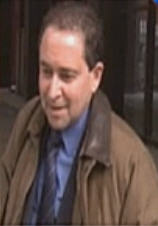 
C. On September 16, 2010 , the Chicago Sun Times reported that a suburban businessman Frank A. Castaldi was convicted of taking more than $30 million from hundreds of victims through a Ponzi scheme spanning more than two decades, was issued a maximum sentence of 23 years in prison Wednesday by a federal judge. Castaldi was an accountant and businessmen from Prospect Heights, who was charged in January 2009 after admitting his criminal activity to authorities. He pleaded guilty that August to one count of mail fraud and one count of impeding the IRS in the collection of taxes, according to a U.S. Attorney’s office release.

Castaldi, 57, promised hundreds of investors between 10 and 15 percent annual interest rates on promissory notes he sold them, according to the release. He used loans and other investors’ principal payments to make payments to other investors, Instead of placing the money with financial institutions with whom he had a special relationship, like he told his clients.

D.Various news outlets reported September 16, 2010 that Nevin K. Shapiro, 41, of Miami Beach, once among the biggest boosters of University of Miami athletics, pleaded guilty Wednesday in New Jersey to running an $880 million Ponzi scheme linked to his purported wholesale grocery distribution business.  Charges filed by the Securities and Exchange Commission claim Shapiro promised investors risk-free annual returns as high as 26 percent by persuading them to invest in a "grocery diversion" enterprise - a practice of buying low-cost groceries in one region of the country and reselling them in higher-priced markets. Here is the July 14, 2010 Department of Justice Press Release

Ironically Shapiro studied criminology in college but never graduated, according to the Newark Star ledger. According to an August 30th report in Sporting News, Shapiro will pen a tell all of alleged massive NCAA violations in the University of Miami Football program and will donate proceeds to investors that he bilked.

Fortunately none of these stories have anything to do with structured settlements, but they do send a chilling reminder to tort victims and their families that there are predators out there that seek to help you part with your money, money that you cannot afford to lose. Be careful out there.

The Securities and Exchange Commission says in a December 8, 2009 press release that Rockford Group LLC used cold calling and a Web site to raise at least $11 million from more than 200 investors in 41 different states and Canada since March 2009. Rockford Group falsely touted itself as a leading private equity firm with an $800 million pipeline of investments and many Fortune 500 companies as clients, and told investors their money would be safely invested in structured settlements in private lawsuits.

According to the SEC's complaint, filed in U.S. District Court for the Southern District of New York, Rockford Group LLC does not appear to engage in any investment activity that would generate any returns for investors, let alone its claimed returns of at least 15 percent annually. Instead, dividend payments made to investors have been funded by other investors' contributions, and Rockford Group transferred most of the money collected from investors to banks in Latvia and Hong Kong.

IMPORTANT TO OUR READERS AND ANYONE WHO HAS OR IS CONSIDERING A STRUCTURED SETTLEMENT.

The SEC further alleges that Rockford Group HAS NO STRUCTURED SETTLEMENT ASSETS and does not appear to engage in any investment activity that would generate returns for investors.

Genadi Yagodayev the sole member of the Rockford Group LLC, is the latest person to be charged with fleecing investors in purported structured settlement funding, following closely on the tails of the recent Scott Rothstein ponzi, which was found not to have anything to do with legitimate structured settlements.

The good thing I take from this news is that structured settlement scams appear to be on the SEC's radar screen.

These scams victimize investors NOT tort victims who are receiving structured settlement payments as part of the settlement of their law suits.

The potential exists however, for tort victims to be caught in one of these scams if a financial advisor suggests that they, or a trust in which they are the beneficiary, invests in the factored structured settlement payments of another tort victim, particularly in private deals. Extreme caution should be exercised in such circumstances. Consider some of the SEC allegations about Rockford: