Despite the fact that Michigan has a Structured Settlement Protection Act, a decision soon set to be finalized by the Michigan Department of Financial Services has hastened a rash of head scratching reminscent if a dog with fleas. 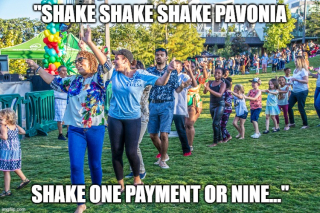 structured  settlement transfer activity from JG Wentworth, the USA's largest purchaser of structured settlement payment rights? Listen up Michigan trial lawyers because someone needs to pay attention what is set to go down September 16, 2022.

The Michigan Department of Insurance and Financial Services (DIFS) accepted the Pavonia Insurance Company into receivership a couple of years ago.  Pavonia Life Insurance Company of Michigan was a reinsurer that reinsured A+ or better rated insurance companies that wrote structured settlements in the 1980s and 1990s. Pavonia is currently owned by Greg Lindberg, who has his own, well-documented legal issues. To be clear, Lindberg is the beneficial owner of the largest insurance insolvency in the history of the USA, dwarfing Executive Life of New York.

70% of Pavonia's reserves are for Structured Settlement Liabilities

Pavonia should be of interest to those of us in the structured settlement industry and personal injury lawyers who placed their clients into stuctured settelments with A+ or better insurers reinsureed by Pavonia because, based on published financial statements, approximately 70% of Pavonia’s reserves are for structured settlement liabilities.   These blocks were acquired by Pavonia directly or indirectly from their originating life insurance companies. Once again, these were A+ or better rated life insurance companies

DIFS has been seeking a buyer for Pavonia and has just recently approved a Form A filing by Axar Capital to become the new owner of Pavonia.  Axar Capital is, in turn, the majority owner of J.G. Wentworth, the self-declared “largest purchaser of secondary market structured settlements and annuity assets in the United States”.

Now that DIFS has approved the sale of Pavonia to Axar Capital, the transfer will be final once an order approving the sale is entered by the Rehabilitation Court.  A status hearing on this matter has been set for September 16 at 8:00 am.

Is There Really Any Reason For Vigilance or Concern About the Pavonia Life of Michigan Acquisition?

777 Re is a reinsurance provider that acquires both active and run-off blocks of life insurance and annuity business underwritten by global insurance companies. The company provides superior reinsurance services to its strategic partners, leveraging deep relationships within the financial services and insurance industries.

and now Pavonia being acquired by the majority owner of JG Wentworth, withs seats on the JG Wentworth Board of Directors.  Is anyone concerned about a "Shake Shake Shake Pavonia" conga line?

Insurer's name is Pavonia
Axar/JG they adore her
They reinsured structures, oh brother!
It's in Michigan, oh mother