Why Are Structured Settlement Media "Hit Men" in Hiding?

"Suit Puts Structured Settlement Market in Spotlight.  The market generated $5.8 billion in annuity premiums in 2016, with a 4% standard commission rate" blared the headlines with a Huge H1 tag in May 2017, shortly after a significant legal filing in a lawsuit by Lexington Insurance Company filed in response.

"In what will be one of the more closely watched lawsuits of the last ten years, AIG and many of it's subsidiary companies, including American General, were 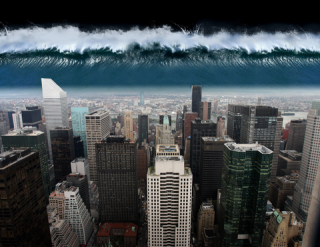 named in a federal lawsuit filed on January 3, 2017 in U.S. District Court in the district of Massachusetts". Settlement Channel

"Earlier this week a tidal wave of what some might deem as shocking news rolled over the structured settlement profession in the form of a lawsuit filed in the US District Court, Boston MA, alleging a RICO type conspiracy by AIG and the structured settlement brokers who are part of their Agency Partners or approved list programs. The case was filed by the nationally respected class action firm of Hagen Berman Sobel and is focused on the contention that the format and business practices of the AIG program were part of a scheme that rose to the level of a RICO type conspiracy. Whether or not this is in fact the case, will be determined by the courts in the coming months and years, but given the sheer size and scope of the AIG program, you can’t underestimate the importance and impact of this news on the settlement profession as well as claims professionals and trial lawyers nationwide".   Source: AIG Structured Settlement Class Action, What To Tell The Lawyers -Sequence Media You Tube description January 12, 2017

"As a profession this is obviously going to cause some tidal waves, as virtually every major structured settlement firm that does defense work is listed in the case as having been on either the AIG approved broker list, the "Agency Partners" program or other internal recognition systems. These lists authorized only certain general agents and "brokers" to work in partnership with AIG claims, with the pay off being fed lucrative and steady settlement business, while in return to agreeing to the claims practices these programs required. No defense structured settlement expert wants their firm listed as a possible participant in a RICO suit, or associated with racketeering, as the implications and damage to reputations in the legal world are dire"

Arguably the structured settlement profession, with a healthy supply of veterans who grew up on the beaches of Southern California "shot the curl".

"I believe ignoring or trying to minimize this article would be a huge mistake for trial lawyers, but even more of a mistake for the leadership of the Structured Settlement profession as the issues he highlights are at the center of a wave of change that is going to soon overwhelm the structured settlement planning profession. -Wahlstrom in response to Dick Risk doing his own cheer leading May 2017 and assuming, it so happens incorrectly, that a fiduciary regulations were going to overwhelm the settlement profession. Never materialized, even if individual practitioners choose to handle themselves according to it.

Of course they are free to publish or not publish what they want, however given the level of importance they particularly placed on the case and publishing 6 posts about it through May 2017, their silence in the case speaks volumes.

After touting the now dismissed with prejudice and affirmed dismissed with prejudice on appeal lawsuit in January 2017 as "what will be one of the more closely watched lawsuits of the last ten years", in which the word RICO was heavily SEO'd in a hit job across multiple online properties like The Settlement Channel, where are Mark and Sequence Media now? After all the fanfare when the poorly pleaded lawsuit was filed, Sequence Media took two full months to report the dismissal with prejudice September 28, 2018. There are even more crickets now that the 1st Circuit has affirmed the lower court decision. Is this not news after how the lawsuit was framed by them?

The same thing happened with the hit job on Pacific Life where Sequence Media made it seem that the incentive trips offered by Pacific Life was a big surprise. No doubt Wahlstrom knew about it, he's appointed with Pacific Life and would have received memos. The story was egged on by a former structured settlement industry operative, who tried to do the same to me. When the Ethisphere voted Pacific Life one of the world's most ethical companies AGAIN, in 2019, no word from Wahlstrom, Sequence Media,  Ethan Wolff-Mann or Bakersfield California lawyer Dennis Beavers.