Albert Einstein's shocking racism has been revealed by the publication of his private diaries reported by the Princeton Press, and various news organizations worldwide no June 13, 2018. 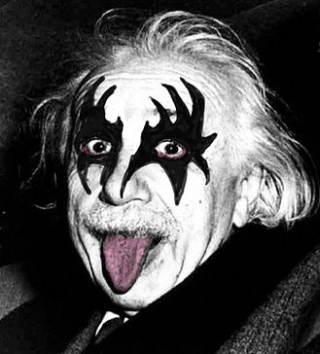 "As if spewed from hell"

According the London Independent newspaper, the genius physicist who famously denounced discrimination referred to the Chinese as an "industries, filthy, obtuse people".  Einstein said that " it would be a pity if these Chinese supplant all other races..."  He wrote of "bandit like filthy Levantines...screaming and gesticulating, as if spewed from hell. Levantines were Latin Catholics of the Catholic Church who descend from Catholics who lived under the Ottoman Empire , including modern Levant ( Syria , Lebanon , Israel , Palestine , …)

Einstein wrote the diaries as a newly married man in his early forties.

One wonders how long Owings Mills' Richart Ruddie and Ryan Blank can keep the Einstein Structured Settlements brand given this new development circulating around the world.

The Einstein Structured Funding website has been used as a brand jacking vehicle which, 6 years from its establishment is still riddled with a bonehead level of inaccuracy.

Annuity Sold Pimps Themselves as a Financial Planner | But Where Are Their Credentials?

Annuity Sold is an Owings Mills based company led by Ryan Blank and Richart Ruddie.  Annuity Sold is held out as a Washington DC financial planner on its Facebook page. . Under the leadership of Ruddie and Blank, their various entities have embraced fraudulent advertising as a business practice as I have well documented on this blog and at Structured Settlement Watchdog. 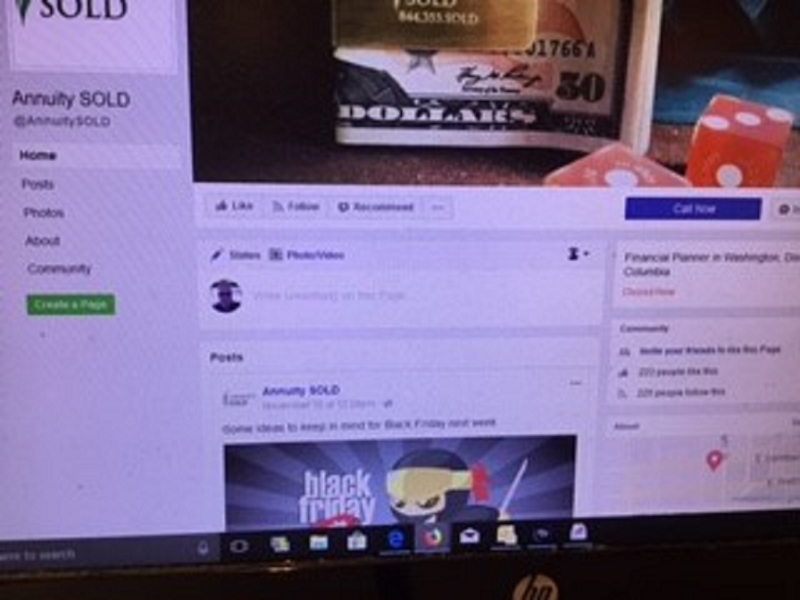 How can Annuity Sold LLC be a financial planner without credentials?

"Maximizing Your Settlement" | More Sorcery from Maryland Cauldron of Deceit

Can selling your structured settlements for pennies on the dollar be considered "maximizing your settlement"?    As Einstein might theorize, "it's all relative".

So when the Maryland brand that is already associated with numerous deceptive business practices claims to help you "maximize your settlement", just  realize that it's just hocus pocus. "Sorcerers" attempting to cast a spell on gullible people. 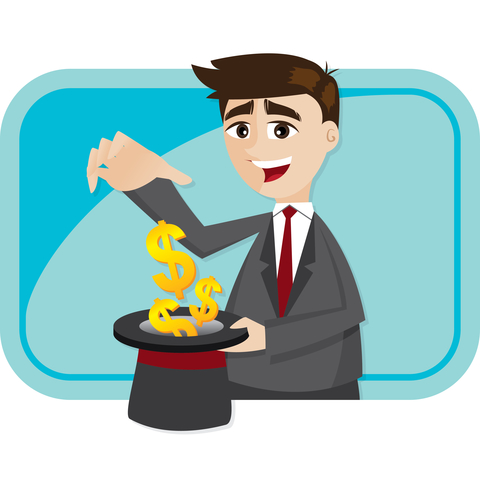 Let's get this straight, I sell my payments to Einstein for just a fraction of the structured settlement payments' present value and Einstein calls that "maximizing my settlement"?

The Richart Ruddie consent order fraud drama continues.  It is growing into a major scandal in the Maryland Cauldron of Deceit. Richart Ruddie, who runs what has been described as a shady reputation management firm, has been under criminal investigation by the Rhode island US attorney since late 2016, is or has been involved with JRR Funding, Annuity Sold, Einstein Structured Settlements, Edison Funding Greenspring Funding, Franklin Funding and several other brands. Upon information and belief, Ruddie has done work with two members of the National Association of Settlement Purchasers.

Now it has emerged that one of the Baltimore City hometown judges who were duped into signing denied an attempt to vacate a consent order procured by fraud.  With at least 4 consent orders tied to Ruddie at stake, Myvesta, a client of Paul Alan Levy of the Public Citizen law group which successfully got a Rhode Island consent order vacated that led to the criminal investigation against Ruddie, has filed an amicus brief. The Myvesta amicus brief is a must read to gain an understanding about the extent of the fraud.  There is apparently more to be learned about Richart Ruddie's shenanigans, but Levy states that he is under some restriction so as not interfere with the ongoing Rhode Island criminal investigation

Tim Cushing of TechDirt wrote on May 16, 2017  "Levy points out Ruddie's preferred legal venue (Baltimore City) is likely due to the fact that his business (what's left of it) is located in that area. It would be very unlikely for so many defendants to be located in the Baltimore area, given the worldwide nature of the internet, but somehow these plaintiffs keep finding anonymous commenters right in Ruddie's backyard. (And with record speed, too. In Ruddie's faux lawsuits, commenters are usually unmasked within a few days of a lawsuit's filing, all without subpoenas or court orders demanding the identifying info behind IP addresses and pseudonyms.)"

With the miles Ruddie has apparently traveled down this path, it seems like something that Maryland attorney general Bryan Frosh should be interested in.

The muffin top runneth over at Annuity Sold. It has just emerged that Ryan Blank and Richart Ruddie's  AnnuitySold hired Brian Pettiford, the former Seneca One "annuity specialist", now 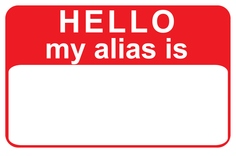 (confirmed by two sources) operating under the alias Mark Belford, was tagged with a $1.2 M judgment just two years ago and less than 6 years ago settled a lawsuit alleging his participation in a sham involving vulnerable homeowners.

On May 10, 2009. The Sarasota Herald Tribune carried this story about funding issues for a real estate development in Puerto Rico that wasn't going as planned.

"Both Edwards and Brian Pettiford, a finance broker and Edwards associate who lives outside Washington, D.C., said Cacho had signed a deal with Trump to use the famous developer’s name in marketing". Eric Trump,the Trump Organization’s executive vice president of acquisitions and development, is quoted as saying  "But if anyone is saying we were provided money for the project, or that we signed on, that couldn’t be further from the truth.”

Annuity Sold has had its share of problems lately

Since October, we've had ongoing commentary about the Rhode Island matter that in which an Annuity Sold email was used to send papers in a phony suit to a process server as part of an effort to con the judge and Google. While the con initially worked, some sharp legal work recently resulted in a financial reverse for Annuity Sold's Richart Ruddie.

Which brings up the Pros and Cons of Selling a Structured Settlement For Cash, an article on their website that raises the issue about whether Annuity Sold Pros Are Really Cons.

It gives you the opportunity to make an investment that can double, triple, or even quadruple in the future.

Why Annuity Sold Pro is a Con

You sell structured settlement payment rights at a high cost.  Would you give up your "steady job" for something that is speculative?

Why Annuity Sold Pro is a Con

Annuity Sold claims that having a structure "allows you to take advantage of the tax benefit that comes with having a lower income than if you were to collect all the money at once and have your income for the year in which you received it go up"  "However, studies show that these tax benefits don’t end up saving you that much if you are a senior by the time your payments stop coming in because senior citizens receive many tax exemptions already"

Why Annuity Sold is full of it

Despite Annuity Sold's "obsession with size", the tax benefits that inure to structured settlements have nothing to do with size.  A structured settlement is a way to pay for legal damages. There are laws concerning the taxation of damages.  For example, where damages represent payments as compensation for personal physical injury or physical sickness there is an exemption under IRC 104(a)(2).

Where are the studies that Annuity Sold speaks of?  There has long been a consensus that number one fear of seniors is running out of money?  Consider these sources:

Older Americans Are More Afraid of Running out of Money Than Death  Motley Fool September 25, 2016

Washington Post's Terry McCoy reported that Access Funding, a Bethesda-based cash now pusher, purchased structured settlement payments worth $146,000 from Freddie Gray for “around $18,300.”   Yes, THAT Freddie Gray. The story went on to detail the the Access Funding business model, which it said included purchasing structured settlements awarded to Baltimore residents who have suffered from lead paint exposure at steep discounts and typically seeking the required court approval from a single judge in Prince George’s county  (as opposed to Baltimore City)

In my opinion, any reforms that do not provide prophylaxis to address business conduct will fall short.  Participants in the structured settlement secondary market should be subject to a licensing and regulatory standard on par with other financial professions, including life settlements.  Individuals with felonies on their records should not be permitted to participate in the structured settlement marketplace.  The structured settlement secondary market has been allowed through legislative oversight, to operate without a regulator to set standards, including rules of conduct and solicitation of the public. Nobody, I repeat nobody currently has the power to fine, suspend or revoke authority to transact business. The status quo is outrageous.

Maryland Structured Settlement Protection Reform | "A Pain in the NASP"

Maryland's Standing Committee on Rules of Practice and Procedure has approved structured settlement factoring reforms that are making the settlement purchasing industry cranky.

Highlights of the approved structured settlement protection reforms include that

In a letter to the Baltimore Sun, Easl S.Nesbitt, the Executive Vice President of the National Association of Settlement Purchasers opines (1) that such reforms are excessive, laying the blame on a single company, Access Funding.Access Funding was the focal point of blame in the Baltimore Lead Paint settlement "Blacksploitation" exposed by the Washington Post in August;  (2) that all bad conduct in the structured settlement secondary market is the work of companies which are not members of the National Association of Settlement Purchasers.

When it comes to the State of Maryland , Access Funding is not the only actor in the structured settlement secondary market that has engaged in questionable business conduct. In addition to Access Funding there is/was

Ironically Elyce Strickland, a lawyer engaged by David Springer, for his defense from mid-2013 to January 2014, and was recently quoted by the Washington Post concerning the reasons that transfer petitions might be submitted with initials, raised the question of NASP membership in her deposition of a Woodbridge employee in July 2013. The irony was that David Springer was not a member of the National Association of Settlement Purchasers.

Upon information and belief, JRR Funding and/or one or more Ryan Blank/Richart Ruddie entities has provided services to members of NASP as well as non-members

If these examples are not enough to give one pause, one only need to follow filed court cases in state and federal courts, or look to the websites of companies in the settlement purchasing industry where allegations of bad conduct is on display. One company even refers to other companies in the industry as zombies. If everything were wholesome, why would that be?

To his credit, Nesbitt agrees that Maryland's Judiciary Review Committee should pursue a solution that both protects consumers, including their right to privacy, and maintains the flexibility the structured settlement purchasing industry provides.

As I wrote in my October 10 post, the Maryland Standing Committee on Rules of Practice and Procedure, is a great first important step.  Lawmakers must pass reforms to establish licensing/registration,  establish rules of business conduct, appoint a regulator, or expand the powers of an existing regulator who can oversee business conduct and have the power to fine suspend or revoke business authority for violations of the law.

Conclusive evidence that Einstein Structured Settlements. a brand of Owings Mills Maryland/Washington DC based JRR Funding, is scamming consumers by making undisclosed use of paid reviews and trying to pass them off as real customers.

Today let me introduce you to "Chip".  Note the details that accompany the image , in the column to the right, a clear statement of intent by Owings Mills' Ryan Blank led Einstein Structured Settlements/JRR Funding, to pass the paid actor off as a "real life testimonial for the services provided to a client" 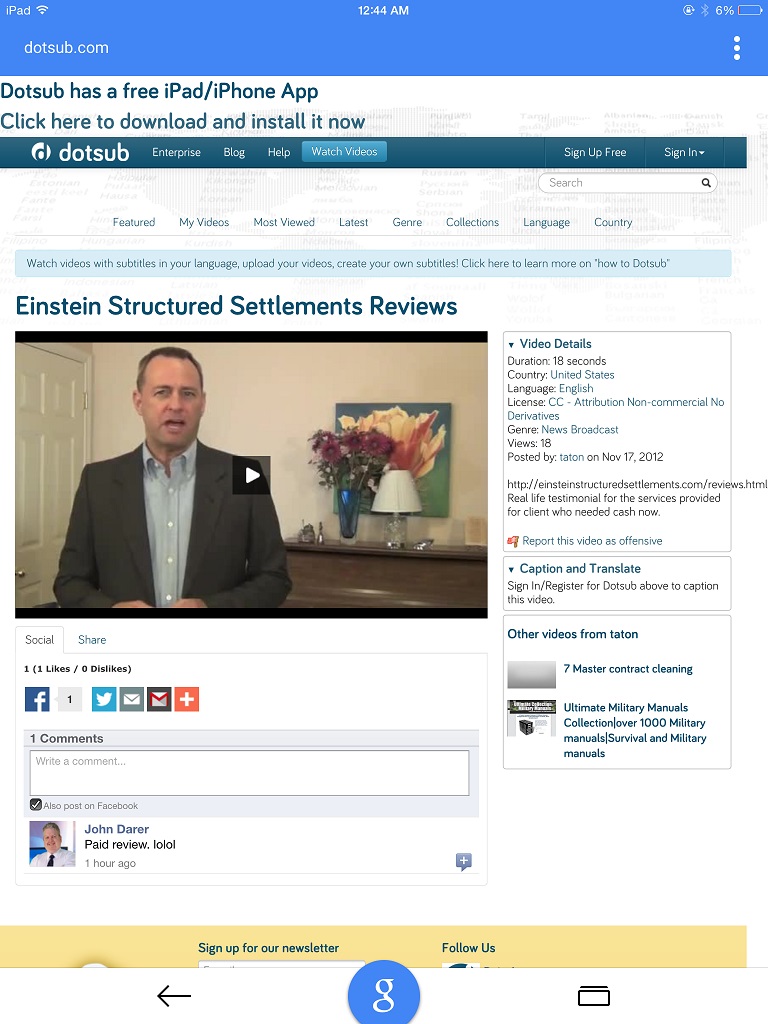 Now here is the 5th out of 5 portfolio shots for "Chip" on BuyTestimonialServices.com 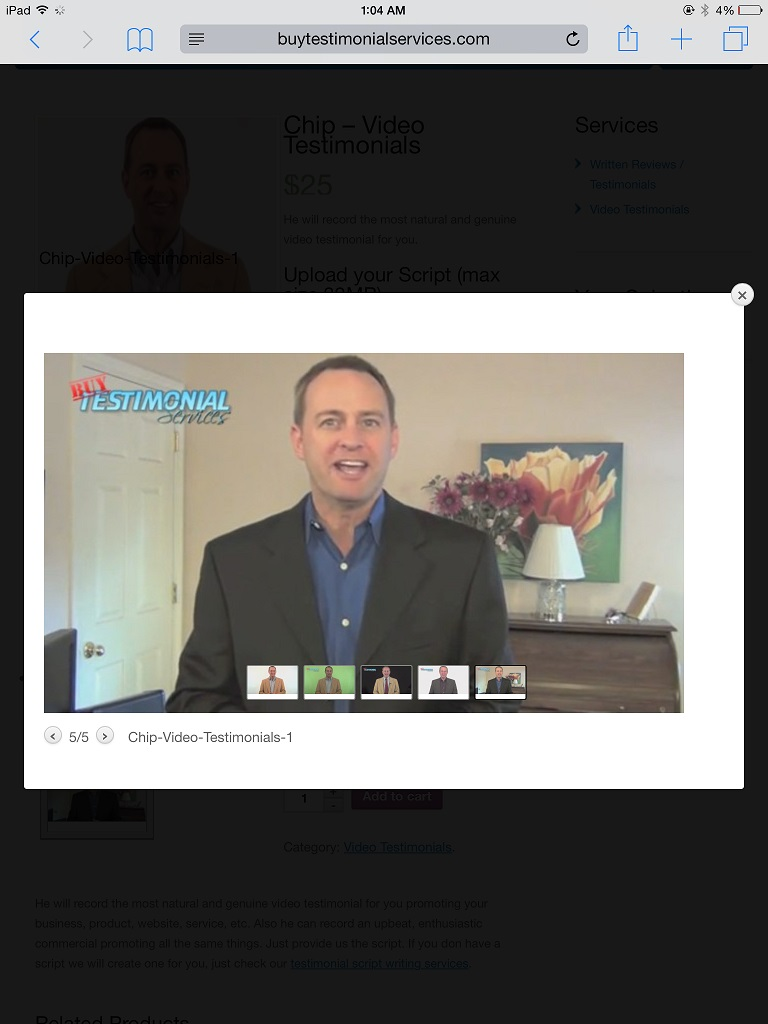 The Einstein Structured Settlement scammers didn't even move the flowers