The Novation Settlement Solutions ad features the image of three "jolly rogers" suspended from a sail over the water, call it "Parrot Sailing". 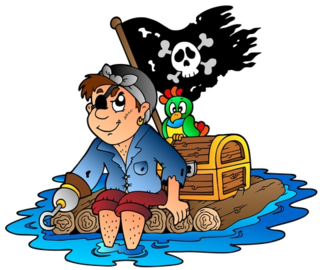 Then asks the question " What is a structured settlement and how does it work?

Arrrgggh!   "Hooked" by a first class non-sequitur if I might say so.

Novation Funding LLC,  in whatever life form it takes, be it Novation Settlement Solutions,  or 365 Advance Services has a recent history of giving a wildly noncompetitive lump sum to a young, naive structured settlement annuitant. The day that Cedric Martez Thomas transfer was approved in Okeechobee County is a day that will go down in Okeechobee County and National Association of Settlement Purchasers infamy.

Novation Funding is a member of the National Association of Settlement Purchasers,  an association which attempted to sweep the "blacksploitation" hubbub about Access Funding under the rug in a wistful refrain of "it's not us it's them", to divert stories of harm that a number of its members are causing consumers by their business practices.

This is the lousy deal that Cedric Martez Thomas got from Novation Funding, according to Okeechobee county court records obtained last October:

the deal bore a 15.24% effective discount when the deal could have been purchased for a discount rate of more than half that and put in excess of a million dollars more in the AIG annuitant's pocket  (one settlement purchaser told us that they would have paid Cedric Martez Thomas about $2.5MM!), OR given him the same amount of cash to invest and still kept a substantial TAX FREE income stream.

The reality will surely set in for Cedric Martez Thomas in November when he COULD HAVE  begun to receive income from the 30 year contract with a $140,274.84 tax-free "job he could never be fired from", even if he sat on his ass,  that had a guaranteed built-in raise of 3%!.  That's like earning almost $200,000 in a taxable job in a 28% tax bracket. Not to shabby, eh?. On an after tax basis,  In 5 Years Thomas would have made the money he invested in the 3 properties; in 7 years he would have made the entire amount he got from Novation Funding for giving up $6,678,633.  As the Robert Plant and Led Zeppelin refrain* goes, "It really makes me wonder".

The lyrics that follow say "And it's whispered that soon, if we all call the tune, Then the piper will lead us to reason".  WILL IT?

Novation's Thomas deal also begs the question of whether Okeechobee County was becoming the new Sumter County, the new squeaky wheel among Florida courthouses. Industry sources seem to support that. Since the Thomas deal was approved in October 2015 however, Florida has amended its structured settlement protection act. The law now requires the annuitant to appear in person at the transfer hearing in their home jurisdiction. The question is who will do the math?

* from Stairway to Heaven