SF Weekly Publishes the Dumbest Piece About Structured Settlements Ever, for Profit

San Francisco's weekly rag, the SF Weekly has published one of the dumbest pieces about structured settlements ever.  "All You Need to Know About Structured Settlements and How to Sell Them" is accredited to an unidentified paid sponsor which peddles pennies on the dollar financial smack to consumers. SF Weekly claims to be "San Francisco’s smartest publication. That’s because we take journalism seriously".  My question is where does taking in money from paid sponsors, enabling them to unload more crap than on the streets of San Francisco  intersect with "serious journalism"?

"It is absolutely legal to sell a structured settlement for instant cash".

What SF Weekly published  on January 16, 2021 in exchange for money from a sponsor is a total lie because  If you sell your structured settlement you will not get instant cash. A small advance perhaps, but not instant cash.

"When somebody plays a part in another person’s injury or financial losses, they’re compelled by a judge or jury to pay a compensation to the wronged party. This compensation is known as a settlement"

What SF Weekly published on January 16, 2021 in exchange for money from a sponsor is wrong because neither a judge nor jury awards a settlement.  The "awarded a settlement" vortex is one of the "Ground Hog Day" of financial illiteracy spread by financial illiterates in (or hired by) the structured settlement 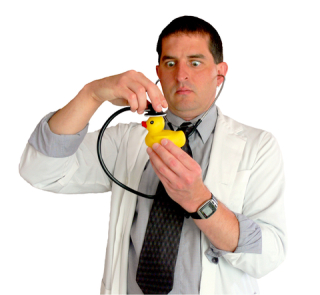 Ignoring the legal concept of negligence, one of the examples used in the lie, and published on January 16, 2021 by SF Weekly in exchange for money from a sponsor is "A quack doctor paying a settlement to a patient for prescribing a wrong medication or administering a wrong treatment.

A quack doctor is "an unqualified person who claims medical knowledge or other skills"  [Source: Collins English Dictionary].

In order to practice medicine in California, one must be licensed by the Medical Board of California, which states its mission "is to protect health care consumers through the proper licensing and regulation of physicians and surgeons and certain allied health care professionals and through the vigorous, objective enforcement of the Medical Practice Act, and to promote access to quality medical care through the Board's licensing and regulatory functions".   [Source: Medical Board of California}

Taking the example of the sponsor of the article that SF Weekly took money from, would a "quack doctor" qualify for medical malpractice insurance to have money to pay a settlement?   A big part of an application for medical malpractice coverage involves credentialing. Medical schools attended, Internships, Residency, Fellowship, Other Training, details of prior coverage,  practice information, hospital staff appointments, board certifications, list of states where licensed and license numbers. List all counties and states where you are currently practicing, and the corresponding percentages of patient hours expended in each [ Sourced from application from the largest medical malpractice insurer in the United States]

What is medical negligence?

“The elements of a cause of action for medical malpractice are: (1) a duty to use such skill, prudence, and diligence as other members of the profession commonly possess and exercise; (2) a breach of the duty; (3) a proximate causal connection between the negligent conduct and the injury; and (4) resulting loss or damage.” (Lattimore v. Dickey (2015) 239 Cal.App.4th 959, 968 [191 Cal.Rptr.3d766].)

In describing how settlements are paid. SF Weekly Publishes Lie #3 on January 16, 2021, in exchange for money from one of its sponsors , that a settlement is paid as a one-time payment, wherein the offender pays the wronged party compensation they're owed in one go. Alternatively it is described as a structured payment wherein an offender agrees to pay a regulat stream of payments.... The latter is also known as " structured settlements"

Generally structured settlements settlements are entered into by Defendants and Insurers (in some cases qualified settlement funds) as consideration for a release of liability from claimants or plaintiffs.

Lie #4 Published by SF Weekly January 16, 2021, in exchange for money from a sponsor

"You’re not breaking any law by selling your structured settlement. What you’re simply doing is borrowing from your future payments. It is still your money, only that you’re getting it before the due date".

Lie #5 Published by SF Weekly January 16, 2021, in exchange for money from a sponsor

"This rate usually ranges from 9 to 20 percent, depending on the perceived risk associated with your payment" says the article. Factoring companies charge a discount rate on the sale of structured settlement payments. Sellers get a percentage of the present value. That is literally only pennies on the dollar. But the reality is that rates are available well below 9%. Don't be a sucker consumers!