The Aviva/Athene class action settlement checks have been mailed and some attorneys may be puzzled by calls from their clients. 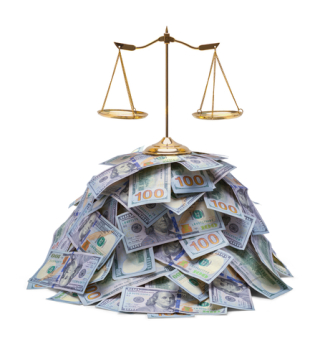 First of all I encourage: you to read my May 9, 2018 post on Settlement News Network blog  Do You Have an Aviva or Athene Structured Settlement?

A few bullet points to distill:

MetLife will offer a domestic non qualified structured settlement option for employment, environmental, breach of contract and other types of taxable damages in early 2018. The underwriting company will be Metropolitan Tower Life Insurance Company. Full details to follow during the roll out which expected in or about mid-January 2018.

Under the qualified assignment program, MetLife Assignment Company Inc., (MACI) is the qualified assignment company.  Upon information and belief the MACI facility will be expanded to take on non qualified structured settlement cases. The periodic payment obligations assigned MACI are guaranteed by Met Tower Life under an Evidence of Guarantee.  With $4B+ in assets, Metropolitan Tower Life is a considerably smaller underwriting company in terms of assets than Metropolitan Life Insurance Company. It does however have a strong surplus position of 16.5% of general account assets and a Comdex rating of 96, that exceeds Metropolitan Life Insurance Company  [Source: Vital Signs].

No deduction shall be allowed under this chapter for any amount paid or incurred for punitive damages in connection with any judgment in, or settlement of, any action between private parties. So says tax bill S. 2115, introduced by Patrick Leahy (D-Vermont) on November 9, 2017 and referred to the Senate Finance Committee.

What are Punitive damages? 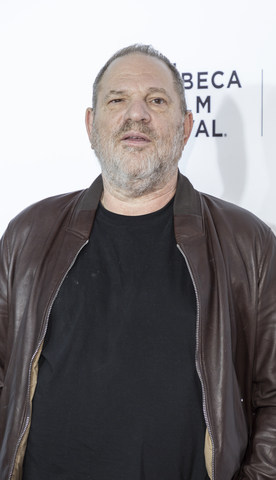 If former Miramax CEO Harvey Weinstein, who has been accused by numerous women of sexual harassment (and in a few cases, assault) that have grabbed headlines recently, ends up negotiating settlements with any of his accusers, many of the settlements will be taxable, or have taxable elements. After paying attorney fees and applicable federal state and local income taxes, it could leave a third or less to the victim depending on their attorney's contingency fee agreement.

For example, the New York Times reports that actress Rose McGowan was offered $1 million by Weinstein (which it was reported she refused). If she had deemed it a fair value, she and Weinstein's people could have negotiated a custom stream of tax deferred payments, which Weinstein, or his company, would fund up-front. Structured settlements do not require the victim to be traumatized by receiving a check or having any ongoing interaction with the employer or defendant, if the matter is in suit.

Sexual Harassment Damages | How to Mitigate the Tax

Many of Harvey Weinstein's accusers have significant incomes and could benefit from tax deferral.  If personal physical injury is an element of damages and qualifies within the meaning of IRC 104(a)(2),  then that portion of the damages will be tax exempt.  Check out the taxable equivalent yield chart to see the value of the structured settlement tax benefit.

What is Sexual Misconduct?

Sexual misconduct is a broad term encompassing any unwelcome behavior of a sexual nature that is committed without consent or by force, intimidation, coercion, or manipulation. Sexual misconduct can be committed by a person of any gender, and it can occur between people of the same or different gender.  [ Source: University of Iowa Operations Manual]

Sexual Misconduct in the Workplace

While Hollywood scandals involving the "casting couch" are legion, the 2008 study found that sexual harassment occurs most often in the workplace in these 5 industries:

Source:  Association of Women for Action and Research (AWARE)

What About Harassment in General?

According to the Equal Employment Opportunity Commission (EEOC), harassment is a form of employment discrimination that violates Title VII of the Civil Rights Act of 1964, the Age Discrimination in Employment Act of 1967, (ADEA), and the Americans with Disabilities Act of 1990, (ADA).

Harassment is unwelcome conduct that is based on race, color, religion, sex (including pregnancy), national origin, age (40 or older), disability or genetic information. Harassment becomes unlawful where 1) enduring the offensive conduct becomes a condition of continued employment, or 2) the conduct is severe or pervasive enough to create a work environment that a reasonable person would consider intimidating, hostile, or abusive. Anti-discrimination laws also prohibit harassment against individuals in retaliation for filing a discrimination charge, testifying, or participating in any way in an investigation, proceeding, or lawsuit under these laws; or opposing employment practices that they reasonably believe discriminate against individuals, in violation of these laws. 'Casting Couch': The Origins of a Pernicious Hollywood Cliché 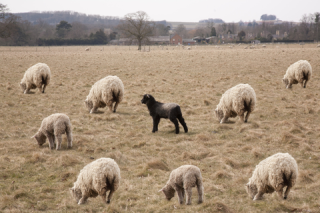 Laura  Stepp worked for the Transportation Safety Administration (TSA) and reached a monetary settlement with TSA. The settlement agreement stated that she would withdraw with prejudice her EEOC complaint that was the subject of the EEOC decision as well as any other pending informal or formal complaints filed with the TSA and allegations of hostile work environment, harassment, retaliatory harassment, gender and disability discrimination, and retaliation. In return, TSA would (among other things) pay Mrs. Stepp a lump sum of $121,500. The agreement recited her understanding that she bore sole responsibility for compliance with all federal, state and local tax requirements and any federal or state income taxes she may owe as the result of her receipt of the lump sum settlement amount.

Before preparing their tax return, the Stepps received a Form 1099-MISC Miscellaneous Income,  from the U.S. Department of Homeland Security,  reporting a $121,500 payment from the settlement of the lawsuit. The Stepps reported  the settlement income on their return but deducted $55,000 as DIRECT PAYMENT TO OTHERS and $66,500 as PERSONAL INJURY REIMBURSEMENT, effectively attempting to exclude all the settlement proceeds from their gross income. After a document-matching examination revealed this discrepancy, the IRS issued petitioners a timely notice of deficiency for 2011, determining that the $121,500 payment should have been included in gross income. Petitioners timely petitioned the Court, contending that the $121,500 payment was excludable from gross income under section 104(a)(2).

The Court further cited United States v. Burke, 504 U.S. 229, 237 (1992). When damages are received under a settlement agreement, the nature of the claim  (sometimes referred to as origin of the claim) that was the actual basis for the settlement determines whether the damages are excludable under section 104(a)(2).

The settlement agreement executed by the parties in August 2011 stated quite clearly what claims the payment was made to settle  namely, the claims of discrimination, harassment, retaliation, and hostile work environment that were the subject of the EEOC litigation. Looking more broadly at the dominant intent of the payor, the Court finds it clear from the record that TSAs dominant reason behind this agreement was to settle the EEOC litigation. The settlement documents do not refer to physical injury of any kind.

An employment structured settlement provides tax efficiency as well as stable income to plaintiffs with claims of gender, racial, religious or sexual orientation based discrimination in the workplace.

No Need To Stick Your Neck Out With Your Settlement Money

There is a compelling reason to structure a settlement that some attorneys, plaintiffs and insurance adjusters may have overlooked. 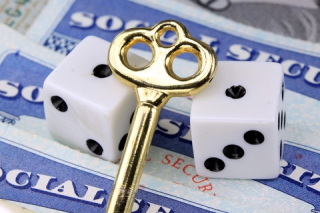 A structured settlement can be used to replace the payments that a plaintiff would receive from social security and give them the economic support to delay social security until age 70 when benefits are considerably higher.  Plaintiffs thinking of taking social security early, beginning at age 62 may want to think again when looking at these numbers compiled from the Social Security Administration website.

Percentage Social Security is reduced if you take early retirement at age 62, instead of at full retirement

The last time I checked for myself, there was an almost $9,000 annual difference in payments for life if I defer from full retirement at age 67 until age 70.

Each person's should be considered based on that person's unique set of facts.

What is LTD Insurance?

LTD or long term disability insurance is an insurance policy that protects an employee from loss of income in the event that he or she is unable to work due to illness, injury, or accident for a long period of time. The ability to earn an income is a valuable asset and many people choose to protect it though disability insurance.  It can be paid for by an employer, partially paid for by the employee or an individual can purchase individual coverage.

How Are LTD Benefits Taxed?

IRC §104(a)(3) provides a tax exclusion for amounts received through accident or health insurance (or through an arrangement having the effect of accident or health insurance) for personal injuries or sickness (other than amounts received by an employee, to the extent such amounts (A) are attributable to contributions by the employer which were not includible in the gross income of the employee, or (B) are paid by the employer)

We offer a solution for both insured and sell-insureds through Liberty Life Assurance Company of Boston, in conjunction with BARCO Assignments Ltd. (BARCO), utilizing a non-qualified assignment for all structured long-term disability settlements.

How Do You Deal with Tax Reporting When an Employer Paid Disability Settlement is Structured?

What is a Funding Agreement?