Does the Defendant Pay The Full Cost of The Settlement When the Structured Settlement is Finalized?

immediately and is completely released from the claims alleged by the plaintiff in the claim or lawsuit complaint.

60 year old Jeffrey Triptenfeld was attending a party at a rooftop bar in Manhattan, when he tumbled over a low railing. The resulting injuries, were extensive painful and rendered Jeff unable to work for an extended period of time. Following a mediation at JAMS, his lawyer Gray T. Whiteshark of Carcaradon Carcarius and Snails, reached a nice settlement with the bar's insurers,  Dram Shop Insurance Company of New York, for $975,000 a portion of which is to be structured to provide stable income to Jeffrey so that he can delay receiving social security retirement until age 70 when it will be 75% higher than taking it age 62. The cost of the structure is $350,000 including the qualified assignment fee and will be placed with Metropolitan Life Insurance Company. 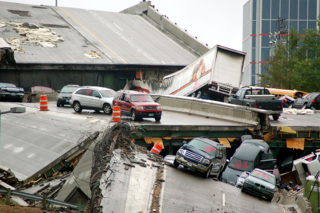 **one might consider post settlement underwriting  "legitimate" where the case has settled,  the global settlement funding amount has been determined,  final terms of the structured settlement are being negotiated and additional medical information is submitted to see if a better price can be obtained on the structured  annuity or annuities, with full disclosure to both sides. Whatever savings there is on the annuity price has no impact on the global settlement funding amount.  Where a Medicare Set Aside is being considered, a better rated age could mean less is needed to fund the MSA, an attractive solution for both sides.

This alleged bad aspect of the practice of post settlement underwriting,  is a virtual impossibility in states with structured settlement protection acts, like New York, Florida, Massachusetts and Minnesota, whose statutes mandate a disclosure of cost to be made by the Defendant or Defendant's legal representative at the time structured settlement is negotiated  (See New York General Obligations Law §5-1702 and comparable statutes in the other states) .  Were post settlement underwriting to take place in New York, wouldn't the Defendant and the Defendant's attorney have significant personal exposure for fraud?

Watch John Darer's podcast on New York General Obligations Law §5-1702 which discusses New York's Structured Settlement Protection Act as it applies to the establishment of structured settlements and the burden it places on the Defendant or Defendant's legal representative.

Undisclosed post settlement underwriting is career suicide for a structured settlement broker. The rogue broker who goes down this path will eventually be found out.

Attorneys for both plaintiff and defense can protect themselves and their clients by utilizing the services of a structured settlement expert.