If you are solicited by email or a phone call from a trusted settlement planner to sell the structured settlement that they placed for you, you should 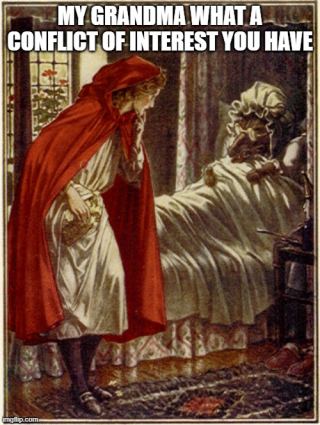 How can personal injury lawyers protect their clients?    Trust, But Verify

Personal injury lawyers working with settlement planners, should consider insisting that the following be a condition of working with clients of their firm. It is taken from the required Structure Broker's Affidavit required by Bronx County Supreme Court in New York

"Neither I, nor my firm, will:

(a) provide any information about this settlement to any factoring company for any
purpose.
(b) solicit the plaintiffs or plaintiffs’ family on behalf of any factoring company for
any purpose, including, but not limited to, the proposed sale of plaintiff’s future
periodic payment rights, nor will either of us or our companies’ participate, assist,
promote, or aid in such solicitation by any person, firm, corporation or entity; or
(c) seek or accept any consideration financial or otherwise, directly or indirectly from
a factoring company with respect to the proposed structured settlement".

My firm includes this language in affidavits or declarations submitted in support of petitions for approval of minors' settlements, infant compromises and petitions to Surrogate and Probate courts.

A Qualified Settlement Fund is a fund, account or trust authorized by Treasury Regulation 1.468B-1(c). Under the regulation, each QSF must:

It has been said that "A qualified settlement funds are a great tool in litigation to 'park' money or create a tax free way station", which conjures up that at least quarter of a century old dilemma once pondered by 1990s slackers Wayne and Garth.  [Jeopardy question for readers born after 1985, "What is Wayne's World?"]  #mikemyersbeforeaustinpowers

According to Chris Lordan CPA, whose Minnesota firm administers qualified settlement funds,  "an independent, qualified trustee, often an accountant or a lawyer, is appointed to handle the trust. The trustee manages the funds, handles ongoing claim resolution, and works with the plaintiffs to determine the trust’s payout structure.The trustee also assures strict compliance with 468B and other regulations: without constant and careful oversight, the benefits of the qualified settlement fund may not be fully realized or even disallowed".

If it's a trust under state law, wouldn't any income and gains generated  by the investment of the assets in the trust be subject to tax on a state or federal level? Even money markets aren't paying zero these days.

One of the duties of a QSF administrator is to file tax returns for the QSF. For a New York QSF, this might include a Federal return, as well as fiduciary tax forms for New York state and other applicable taxing authorities.

What is a Medicare Set Aside Arrangement (MSA)

Once the funds in the WCMSA account have been exhausted and Medicare has been provided with information to document that payments from the account were appropriate, Medicare will begin paying for the beneficiary’s Medicare covered eservices that are related to the work related injury or disease. { Note that Medicare expenses that are not related to the work injury or disease are no affected by the WCMSA and are reimbursed by Medicare unless another entity under 42 U.S.C. 1395y(b) is primary payer.

For Medicare Set-Asides (MSAs), it is important to note that a Medicare Set-Aside allocates for all future medical and pharmacy expenses related to the work injury, that are covered and otherwise reimbursable by Medicare

The Argument for Professional Administration of Medicare Set Aside Arrangements  (WCMSA, LMSA or NFMSA)

Medicare Set Aside arrangements are intended to not only protect Medicare's interest, a requirement of the Medicare Secondary Payer Act (MSP), but to also protect the settling injured worker (or plaintiff if Liability MSA) from the loss of Medicare benefits. Ongoing compliance requires, among other things, keeping track of medical bills, sorting through and having the knowledge to determining what procedures, equipment and medication is covered by Medicare and filing attestations.  Compliance requires attention to detail that the injured workers or personal injury victim may not be able to, or willing to handle. A number of professional administrators charge cost efficient one time fees and some have harnessed technology and group buying discounts to enhance the value and accessibility to clients.  Call me at 888-325-8640 if you would like more details.

According to its July 21, 2017 press release, investigators with the California Department of Insurance Investigation Division, Tom Fallon, 63 and daughter Christina Fallon, 28 embezzled $273,954 from the injured workers who entrusted him to invest their Medicare set-aside settlement funds with his agency, Fortis Financial Insurance Services, Inc. Tom Fallon then simply diverted their funds into his own accounts, spending the money for their personal use, and with business ventures that include Big Daddy’s Cigar Lounge at 5844 E. Naples Plaza in Long Beach. CA. The Los Angeles County District Attorney's Office filed a criminal complaint against Tom and Christina Fallon on July 14, 2017, charging two counts of Theft by Embezzlement PC 504 and 487(a), and 15 counts of Money Laundering PC 186.10 including PC 186.11(a) (3) white collar crime enhancements. If convicted of all charges, the defendants face a maximum sentence of more than 16 years in state prison

By stealing from injured workers who depend on the funds for future care, the Fallons may have left many victims without the resources they need for medical treatment.”

It is unclear who advised the injured workers to use the Fallon's or Fortis. It does not appear that the MSAs that were the subject to the conduct that led to the  Fallons arrest were Structured WCMSA. One wonders what the applicant attorneys' advice was when settling the cases.  The amount of money that the victims could have saved between structuring the MSA and the discounts offered by certain administrators would be meaningful.

If you are thinking that embezzlement is a one-off consider this case where an improperly exhausted MSA by Sister while Claimant in Jail was not Dischargeable in Sister’s Bankruptcy  N RE DAVID K. JOUETT and SABRA B. JOUETT, Debtors. STEPHEN E. HUBANKS, Plaintiff, v. DAVID K. JOUETT and SABRA B. JOUETT, Defendants. Case No. 13-10005-M Chapter 7 Adv. No. 13-01015-M UNITED STATES BANKRUPTCY COURT FOR THE NORTHERN DISTRICT OF OKLAHOMA 2014 Bankr. LEXIS 950 March 12, 2014, Decided

"Although beneficiaries may act as their own administrators, it is highly recommended that settlement recipients consider the use of a professional administrator for their funds."