Can Structured Settlement Annuities Be Sold? 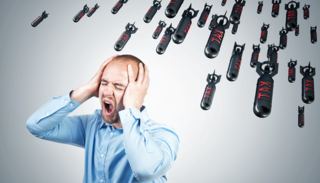 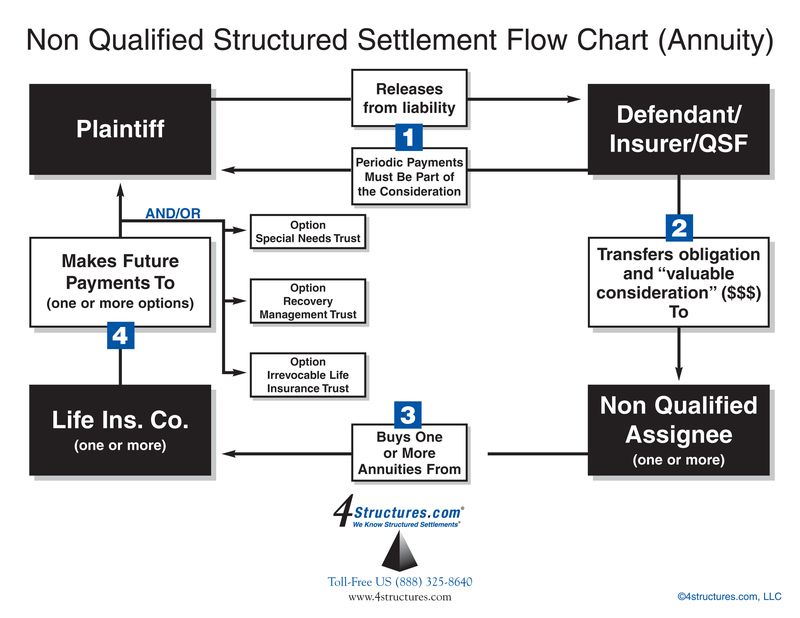 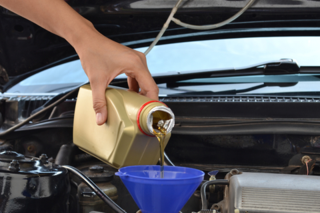 For example,  say you're receiving $7,500/month from  XYZ life insurance company and you need to raise cash that can be accomplished by selling $500 per month of payments for 10 years, XYZ could require the servicing arrangement.  So  Structured Settlement Buyer LLC gets the full $7,500 processes the check, keeps the $500 you sold and pays you the difference.  This process goes on and on for the duration of the transferred obligation.  You can't even call the life insurance company to change a bank account or change a beneficiary. They won't speak with you when there's a servicing arrangement in place.  And you the annuitant are exposed to additional costs and hassle that you may not be able to afford if the servicing company goes belly up.

I did an extensive series of podcasts and video commentary on structured settlement servicing in October 2009 for the Legal Broadcast Network, including a 2 part interview with Dallas bankruptcy attorney Bruce Akerly .

Drinker Biddle states that the majority of  Structured Settlement Protection Acts contain “anti-split payment” provisions that protect annuity issuers from being forced to send portions of payments to multiple parties.

It is my understanding however, that it is a long standing practice of some life insurers, including a currently writing company,  to require selling annuitants to participate in servicing arrangements on partial structured settlement transfers and that some settlement purchasers are actually not enthused about them.

What Drinker Biddle says is that for the past few years, a number of structured settlement factoring companies have been seeking to force annuity issuers to use “servicing arrangements” to get around these “anti-split payment” provisions in the SSPAs.

Drinker Biddle says that structured settlement servicing is permissible if the annuity issuer and other interested parties agree.  However, as was also concluded in my 2009 research, the practice creates concerns for some annuity owners and issuers.

The courts rejected the notion that a structured annuity owner (typically a qualified assignment company) or structured annuity issuer can be forced into a servicing arrangement.  Drinker Biddle opines that these decisions should have far-reaching effects since most SSPAs contain similar “anti-split payment” language and courts in other jurisdictions will likely be guided by these appellate decisions.

In Rains, the Texas Court of Appeals held, under the Texas SSPA, that MetLife, as annuity issuer, could not be compelled to accept a servicing arrangement that was not contemplated by the contracting parties at the time the annuity was issued.  In reviewing the Texas SSPA, the court “found nothing that authorized a trial court to unilaterally modify the terms of a previously existing contract.”  Furthermore, “the trial court had no authority to simply decide to change those portions of the annuity contract obligating Met to pay [the payee]. The terms of the contract regarding Met’s obligation to pay [the payee] were unambiguous and definite; thus, the court was obligated to enforce them as written unless the parties agreed otherwise.”

In RSL Funding, State Farm appealed a trial court order that directed it to split payments between the original payee and RSL’s assignee.  On appeal, RSL (the factoring company) conceded that having State Farm split payments violated the California SSPAs', and proposed that the case be remanded to the trial court to “order a servicing arrangement under which State Farm would send the entirety of the [structured settlement] payments” to RSL’s assignee, so that the assignee could then remit the balance of the payments not purchased by RSL to the claimant.  The court reasoned that the imposition of such a servicing arrangement on State Farm “would put [State Farm] in the position of having to rely on another entity to fulfill its contractual obligations to [the claimant] and would expose State Farm to litigation if, for example, RSL or its assignee sought bankruptcy protection.” 2

In the many states where there is anti-split payment language in the SSPA, these decisions should serve as a useful tool to stop transactions where the factoring company contracts to purchase only a portion of a claimant’s structured settlement payments and the annuity issuer is unwilling to enter into a servicing arrangement.  In short, if the statute prohibits an annuity issuer from being forced to split payments, and a servicing arrangement cannot be forced upon an annuity issuer, a partial payment transaction has no way to proceed.

The advent of structured settlement factoring has raised costs of structured settlement annuity issuers and qualified assignment company annuity owners.  Those cost include legal fees for each structured settlement factoring transaction, and staffing and monitoring for compliance with 48 state SSPAs.  Many annuity issuers or annuity owners charge settlement purchasers a fee, sometimes a substantial fee  ($1,800-$3,000 per deal) to help cover their costs. Ultimately this comes out of the hide of the selling annuitant on the back end instead of at the front end where it would impact the overwhelming majority who do not sell, with higher prices for the products.

Can you Be a Secured Creditor With Your Structured Settlement?

A. The statement about "no more than a general creditor" is not accurate and has not been accurate for more than 2 decades!  At the time of posting, with all but two annuity issuers (New York Life and USAA Life ) a security interest IS available and expressly permitted under Federal tax law. Although not in the Periodic Payment Settlement Act of 1982, IRC §130(c)(2)(D) was amended in 1988 to allow the recipient to be a secured creditor of the funding asset.[ see Technical and Miscellaneous Revenue Act of 1988, Pub. L. No. 100-647, § 6079, 102 Stat. 3709 (1988)].

B. Have a look at the text of IRC 130 (c) Qualified assignment

"For purposes of this section, the term “qualified assignment” means any assignment of a liability to make periodic payments as damages (whether by suit or agreement), or as compensation under any workmen’s compensation act, on account of personal injury or sickness (in a case involving physical injury or physical sickness)—
(1) if the assignee assumes such liability from a person who is a party to the suit or agreement, or the workmen’s compensation claim, and
(2) if—
(A) such periodic payments are fixed and determinable as to amount and time of payment,
(B) such periodic payments cannot be accelerated, deferred, increased, or decreased by the recipient of such payments,
(C) the assignee’s obligation on account of the personal injuries or sickness is no greater than the obligation of the person who assigned the liability, and
(D) such periodic payments are excludable from the gross income of the recipient under paragraph (1) or (2) of section 104 (a).
The determination for purposes of this chapter of when the recipient is treated as having received any payment with respect to which there has been a qualified assignment shall be made without regard to any provision of such assignment which grants the recipient rights as a creditor greater than those of a general creditor. " (emphasis ours)
C. Here is an excerpt from the Qualified Assignment Release and Pledge Agreement for the qualified assignment company associated with one of the largest annuity issuers in the United States

"Assignee hereby pledges and grants to each Claimant, unless excluded by the Agreement, a lien on and security interest in all of Assignee's right, title, and interest in the Annuity purchased to fund Assignee's obligations to such Claimant (the "Pledged Annuity") under the Agreement.  The Pledged Annuity secures the obligation of Assignee to make such Periodic Payments." (emphasis ours)