Selling Your Structured Settlement to Pay for Home? Seeing Though the Fat Sales PItch

The fat sales pitch from a member of the National Association of Settlement Purchasers is this "Paying rent is a pretty secure way of draining your potential income. Why stay in an apartment or house that someone else owns, when you could have the security of your own home?" Let's examine what the settlement purchaser has said in the context of soliciting an annuitant to part with his/her structured settlement payments. 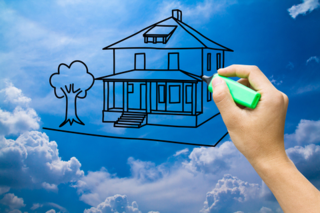 Selling your structured settlement to buy a dream home without doing the math, could result in your dream home becoming a nightmare

Yesterday I received a call from a New York City annuitant who was having second thoughts about a potential deal with another member of the National Association of Settlement Purchasers, whose first words were that he/she felt she was "getting ripped off". In his/her answers to my subsequent triage questions, it became obvious that the representatives of the NASP member did not perform adequate due diligence on this annuitant and was ready to submit a petition for transfer anyway.

The NASP member in question was irresponsible, reckless and potentially put a New Yorker in harm's way (if he/she did not withdraw her transfer petition, or a judge approved the deal). While generally shelter and transportation may be valid reasons to approve structured settlement transfers, a judge is supposed to make a judicial finding that the transfer is in the best interest of the New York structured settlement annuitant and any applicable dependents.

The amount that that the NASP member settlement purchaser was offering would have taken half of the New York annuitant's income stream, and would have left him/her below the New York City Living Wage Line of $29,744,  while giving him/her an insufficient lump sum to accomplish what she dreamed of accomplishing. This turned out to not be a wise move after the math and a more thorough fact find was performed.   Source:  MIT Living Wage Calculator

On average, renters pay more on an annual basis for shelter, but they pay less in every other category. The biggest difference between the two is in maintenance, repairs, and insurance. This only makes sense, because it is the landlord's responsibility to pay for maintenance and repairs, and renters insurance is dirt-cheap. The second-biggest difference also shouldn't surprise you: Renters spend far less on household furnishings than homeowners. Renters likely spend less as it is a pain to move furnishings  Source: Bureau of Labor Statistics

Warren Buffett once said, "All things considered, the third best investment I ever made was the purchase of my home  (52 years of terrific memories), though I would have made far more money had I instead rented and used the purchase money to buy stocks.

"Recession Generation Opts to Rent Not Buy Houses to Cars"

In an August 8, 2012 Bloomberg article, Cliff Zukin, a professor of public policy and political science at the Edward J. Bloustein School of Planning and Public Policy at Rutgers, the state university of New Jersey, opined about 20-34 year olds, that "this is a generation that is scared of commitment, wants to be light on their feet and needs to adjust to whatever happens” Zukin, who researched the effects of the recession on recent college graduates continues “What once was seen as a solid investment, like a house or a car, is now seen as a ball and chain with a lot of risk to it.”

The New York structured settlement annuitant indicated that from the time he/she spoke to NASP member "A", he/she was flooded with phone calls from other companies including one which suggested that he/she, a New York resident,  do a an already unsuitable deal in Florida.  As the legal matter of Lafontant v Imperial Holdings shows , the advantage to a settlement purchaser of doing a deal in Florida vs New York is that a self serving settlement purchaser can gain an arbitration clause that is likely to favor them. Upon information and belief, New York prohibits such arbitration clauses in structured settlement transfer deals approved in the state.

Always consult with a licensed and credentialed settlement consultant

Because there is no current regulation requiring settlement purchasers (or representatives of settlement purchasers) to be licensed before soliciting you or providing financial advice like other financial professions, you should be very wary of gimmicky financial advice dispensed by them.  Some companies may not even be registered to do business in the State of New York. Annuity Sold, a website now listing a Baltimore Maryland address, even fraudulently claimed in September 2015 to be "licensed and qualified in all 50 states" to purchase payments.

Here is a perfect example of inarticulate explanation of structured settlement payments made by the unlicensed Annuity Sold (which claims that "senior annuity specialists" are on staff) "Guaranteed payments are just as the name implies. These payments are guaranteed and will be made to you or your beneficiaries regardless of whether or not you are alive".