According to NBC news reporter David Hodges, Claudia Miller won $4million in the lottery in 2010 and she decided to take an annuity instead of a lump sum. The annuity was scheduled to pay her $200,000 per year,  quite a nice "salary". "I wanted to be sure that I had an income," Miller said to NBC.

She subsequently sold some of her payments in a factoring deal that went smoothly.  Then in 2013, someone showed up on her farm who  was "just happened to be in the area".  She says to the reporter that he wanted her to enter a new structured settlement. Since the other deal had gone well, Miller agreed to $500,000 upfront to help pay her taxes. "I explained to the man I'm only going to do one," Miller said.  But she got more than she bargained for. She received a letter in 2014 saying she had entered into structured settlements she didn't agree to.

"They said 'Claudia, they did four deals on you not just one. Four deals!'" Miller said.  That meant $2.8 million gone. All handed over to a Bethesda, Maryland company by the Florida Lottery. "It was like they took a knife, cut me open and jerked my guts out," Miller said

According to the NBC report, Claudia M. Miller's Naples FL attorney Ian Northon, alleged that "once they received her signature they used it over and over again to manipulate the court system," . "They used a Xerox machine, took a signature that was valid to another agreement, put a new one on top and submitted it to the court."

SIDEBAR: Before I continue, I want to straighten out the mis-characterization of the term "structured settlement" to describe factoring a lottery or structured settlement payment.  What Claudia Miller  initially entered into to was a factoring transaction or transfer of lottery periodic payments rights.  The reason that consumers and even the press at times is confused about the term is because of years of false advertising by the factoring industry over the years. When news of jailed Fort Lauderdale attorney Scott Rothstein's Ponzi Scheme broke in late 2009, the South Florida press and a former US attorney mislabeled pre-settlement financing "structured settlements".

But Miller never had an attorney. While several court documents show an Indiana attorney as representing her, that lawyer denies even knowing who she is, according to the NBC news  investigative report.

Ian Northon believes someone randomly chose that attorney's name to push the structured settlement through the court.

According to NBC, emails obtained by NBC2 also show the Florida Lottery waived Miller's required hearing after only emailing the attorney for the structured settlement company  (Stone Street Capital) and never emailing Claudia Miller herself.

"The Florida Lottery is supposed to keep an eye on that and make sure the statue is being complied with," Northon said.

"Had they picked up the phone at any point along the way and called the lottery winner, (or had her appear in Court as recent structured settlement reforms and proposed reforms in several states require) had they called and said 'Is this what you're trying to do?' they would've known that it wasn't."

When reached for comment on February 8, 2016,  Miller's attorney would only state that the matter has been resolved to the satisfaction of the parties.

Something is definitely awry. 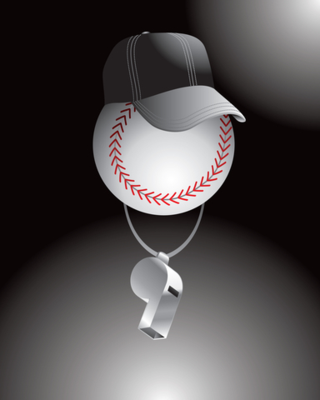 Legislators Should Install a Regulator "to Call Balls and Strikes" on Structured Settlement and Lottery Buyer and have the power to  "throw da bums out",  if necessary

Here are two HUGE problems exposed by the Miller case that Florida legislators need to address in general. In fact this is a HUGE WARNING to ALL state legislators about the structured settlement protection acts and lottery protection acts.

If in fact the lawyer photo copied the Claudia M. Miller's signature then what is happening to that lawyer?  That a lawyer might fro whatever reason,  forge legal  documents is certainly plausible on recent information that is in the public domain.  There is precedent in the State of Florida for a sleazy lawyer to work (have worked) for  factoring companies,  notably former Miami attorney Jose Manuel Camacho, Jr. who had been retained by NASP members Novation Funding LLC, Liberty Settlement Funding,  CBC Settlement Funding, Annuity Transfers Ltd and others,  who has been a charged with (and who admitted to) forging over 100 structured settlement transfer documents using the names of 7 Broward County judges and who was arrested in October 2015.  If in fact Stone Street's attorney in the Miller lottery case created the alleged documents with alleged phony replica signatures then it would cast more aspersion on the credibility of structured settlement factoring documents all over the USA.  A New York paralegal, Thomas Rubino who worked for the New York personal injury law firm of Paris & Chaikin which coincidentally also was retained by NASP member Stone Street Capital,  as well as JG Wentworth,  as well as non-NASP member Woodbridge Structured Funding, admitted to forging the names of 76 judges on 234 transfer orders. according to published reports.  How widespread is this phonus balonus?