LegalMatch.com Is A "Match" With Stinky Socks in Structured Settlement Cash Payout Blog

LegalMatch.com claims, in an October 6, 2021 blog that "in some cases, the individual can make a profit by selling their structured settlement to a funding company" 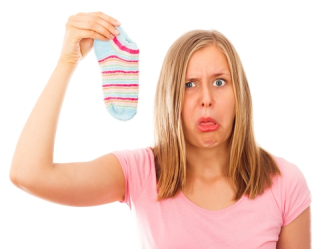 When all a selling annuitant can get from a funding company is pennies on the dollar, that sock smells worse than socks without shoes that have ambled around the tawny-peppered sidewalks of San Francisco on a warm day, excrementally speaking.

Legal Match.com claims that selling your structured settlement gives you " access to a greater portion of the settlement award"

First of all a settlement is not an award.  See Is It The Settlement Or The Award? Why Being Awarded a Structured Settlement is Impossible 1/11/2020 and What is the Difference between a Settlement an Award Eley Law Firm Denver, Colorado

The two terms are distinctly different, so the statement is false. The term settlement award is a misnomer. Somehow that has eluded the three lawyers who are listed respectively  author and editors of the LegalMatch.com piece

Setting that aside to continue to hammer home the point, the fact that the most you can get by selling is pennies on the dollar you may be able to get a sum greater than you are receiving monthly today, but you will lose the money you have effectively paid to the funding company.  Essentially you've got the crumbs smooshed together in a fat bomb called a "lump sum" and someone else gets the cake to savor for some time.

LegalMatch.com claims that "economic conditions may result in lower monthly payments. Because of this some plaintiffs prefer an immediate lump sum payment"

LegalMatch.com claims "that the tax benefits of a structured settlement may be revoked by the government if the plaintiff retains too much control over their settlement proceeds"

Stinky Sock #4 is out of touch with reality.  It seems inconceivable that LegalMatch.com's writer and editorial staff (all lawyers) who reviewed the article have forgotten how laws come into being, the power granted to Congress to levy taxes by the United States Constitution and the role of the Internal Revenue Service (IRS).

The federal government is composed of three distinct branches: legislative, executive, and judicial, whose powers are vested by the United States Constitution. Does Stinky Sock #4 imply that all branches of government would revoke a law based on the act of parties to a single case involving a structured settlement?

Wading into the structured settlement information highway is popular due to structured settlement key words  having high SEO value.  Some of the writers are part timers I've critiqued over the last 15 years haven't a whisker of bona fides on the subject. Here you have Jennifer Corbett, the author of the Legal Match.com Stinky Socks post, a member of the Alabama state bar . Ken LaMance and Jose (Jay) Rivera, members of the California state bar, who are credited as editors in the Legal Match.com Stinky Socks post updated October 6, 2021. What's their excuse?