If You Have a Structured Settlement | "Set It and Forget It" But...

Structured settlements are sometimes established a decade or more before payments are due.  That's why it's important to remember a couple of key points. 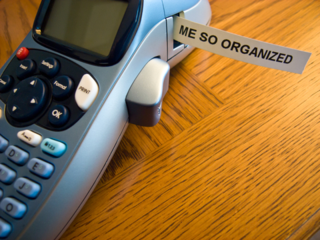 A. Keep copies of your settlement paperwork in a safe place. Always get a complete set of closing documents from your lawyer.

B. Do These Things One Month Before Payments Are Due

C. Make Sure Your That The Address/Account of Record With The Insurance Company is Up To Date

D. Keep Your Beneficiary Information Up To Date

Review your beneficiary designations as you go through life changes to determine if the designation meets your current wishes.

Naming a beneficiary and a contingent beneficiary assures smoother sailing for your heirs after you die.   Don't leave it up to a judge and have your estate incur unnecessary legal and executor or administration expense.

E.  Keep Track If You Have Sold Any Structured Settlement Payments

F.  Keep This Information With The "If I Die" Instructions to Your Family.

The New York Department of Financial Services (DFS) agreed to bless Athene Holding Ltd.'s pending $1.55 billion acquisition of UK insurer Aviva PLC's  U.S. operations after a series of negotiations with Athene Annuity and Apollo representatives, the agency said August 14, 2013.  Athene is largely funded through an Apollo affiliate, and the Apollo manages money for the insurance company.

Apollo and Athene agreed to a set of new rules not typically required of insurers, the agency said. They include heightened capital standards to protect against potential losses and tougher disclosure requirements.

Recently,  New York DFS has highlighted a spike in private equity firms and other investment companies moving into the annuity business. This trend raised concerns since such firms typically have a more short-term oriented business model than traditional insurers, and the annuity business is focused on ensuring long-term security for policyholders

As part of the new set of rules, New York Department of Financial Services wanted higher capital standards because they serve as a buffer to absorb unexpected losses. Athene Life Insurance Company of New York agreed to capital levels of not less than 450 percent and a separate backstop account with $35 million to top off those funds if they fall below a certain level. The New York regulator will also scrutinize Athene's operations, dividends, investment strategies and potential reinsurance transactions. If Athene pursues a so-called material change in its operations, it will need written approval from the New York agency first. Athene will also now have to file quarterly reports detailing its capital position.

What is the impact of the Athene acquistion of Aviva on the structured settlement portfolio?

I telephoned Aviva customer service on August 22, 2013 and the response, as I expected, was that what is in the contracts will be honored. I specifically asked about the surety bonds and the Capital Maintenance Agreement obligations with those structured settlements where periodic payment obligations were assigned to Aviva London Assignment Corporation and was informed that these would still apply.

Who is Athene Annuity?

Athene annuity is the number two provider of fixed indexed annuties in the United States when the Aviva deal closes.

The roots to Athene Annuity go back to 1905, when Liberty Life Insurance Company was started by one "Hipp"  guy,  Here is a helpful timeline from the Athene website. The company, which previously acquired former structured settlement annuity issuer Presidential Life Insurance Company,  offers some innovative retirement annuity products. At the time of publication Athene Annuity held a B++ (good) rating from A.M. Best and a BBB+(Good) from Fitch ratings.

The general agent in question is still active in the structured settlement primary market and holds appointments with structured annuity companies. The life insurance companies that issue structured annuity contracts issue statements to annuitants about the use of confidential and protected information, in compliance with Federal and State Laws, such as the Gramm Leach Bliley Act. Contracted agents, including general agents are expected to comply as part of the contracts they sign in order to receive appointments with those companies. Those that do not comply expose the annuity issuers to peril, hurt the credibility of the industry and, in my opinion, should not be tolerated under any excuse.

In this podcast Mark Wahlstrom related how three of his clients were contacted on cases where the structured settlements were not part of any court record.

We will continue to "connect the dots".

Is there a significant shift in investor perception of insurer safety afoot?

As an aside, in force "annuity" payment rights deals that being advertised today would pay such investors 7% for income streams ranging from 12.5 to 25 years.  Note that such rates are taxable and thus are commonly purchased by attorneys and other investors for their qualified pension plans.

A discussion has been started to vet the applicability of such deals for tort victims with the goal of establishing market place standards for this rapidly evolving area.  An upcoming video series on Legal Broadcast Network (to also be aired here) explores and provides important information about this marketplace featuring this author John Darer and interviews with a major wholesaler of these deals to individuals, as well as Matt Bracy, general counsel of Settlement Capital Corporation.

Jack Meligan, Co-Founder of Settlement Professionals, Inc. and the founding President of The Society of Settlement Planners was up on his soap box in a video posted on LBN earlier today.  In a video podcast entitled "Treasury Hearings on 104(a)(2)" it was virtually ANYTHING BUT!

Interviewer and LBN President Mark Wahlstrom tried his best to steer the good ship "Sticky Beak" on course but the majority of the 16 minute video was replete with Meligan's "same ole same ole" generalized diatribe against the NSSTA and its members that was filled with inaccuracies.

I want to remind readers that the upcoming hearings are about IRC 104(a)(2), the tax exclusion for damages paid for physical injury or physical sickness NOT whether or not the issue of IRC 468B qualified settlement funds for single claimants needs to be clarified next week. That ship has sailed!

This author first questioned the relevance or Risk's writing in a post on January 1, 2010.  It is the opinion of this author that NSSTA was well within its rights to issue its own commentary the major thrust of which was that the IRC 468B scope was not part of the original intent of the hearings, a point well taken by legal scholar Jeremy Babener in his recent commentary.

Ignoring for the moment the intent of the hearings, I believe that a sticking point for some, and opportunistically exploited by Meligan,  is the verbiage of the NSSTA message which could be interpreted to mean that the NSSTA stated position on IRC 468B represents the opinion of all of its members on the issue. I agree with Meligan that it absolutely DOES NOT. Hence the reason for my sarcasm in my prior post NSSTA Offers Ricci Response to Dick Risk's 468B Fandango

Did NSSTA have any choice but to respond to Dick Risk's comments?

In my opinion this tempest in teapot is the result of the response (i,e, content) not being well thought through

Note: The lower the number the better the ranking. Google is the most popular site on Alexa, ranked #1.

Structured Settlements 4Real was ranked #62 in the top 500 legal subject matter blogs by Avvo on December 7, 2009. In addition to Structured Settlements 4Real, content written by John Darer and video and audio content featuring John Darer appears on the Speaking of Settlements and Speaking of Justice channels of The Legal Broadcast Network where he is a featured commentator, on  YouTube and on the 4structures.com, LLC website.

In posting Spencer v Hartford 4, Patrick Hindert, the Executive Director of TSSG (purportedly plaintiff exclusive Forge Consulting's defense arm) informs us of the schedule of further proceedings in the case. I guess he just wanted to exercise his fingers because you can be sure few people who need or care about the schedule are going to be going to Beyond Structured Settlements to make sure they arent' missing a critical deadline. The trial is set for Fall 2010.

For our readers and those who have no time for pedants, we have a more viable alternative to stay on top of the Spencer case. It's called PACER.

The PACER System offers an inexpensive, fast, and comprehensive case information service to any individual with a personal computer (PC) and Internet access who is seeking information about Spencer v Hartford Financial Services Group. An added plus for those who read Hindert's blog is that it's free of the comment spam that often pervades Beyond Structured Settlements.

Public Access to Court Electronic Records (PACER) is described is an electronic public access service that allows users to obtain case and docket information from Federal Appellate, District and Bankruptcy courts, and the U.S. Party/Case Index via the Internet. Links to all courts are provided from the web site. Electronic access is available by registering with the PACER Service Center, the judiciary's centralized registration, billing, and technical support center.

PACER is a service of the United States Judiciary.

by John Darer CLU ChFC CSSC RSP Watch the latest segment of my commentary on the Scott Rothstein fraud which continues an assault on the misinformation and the mischaracterization of Rothstein's bad fraud as being about structured settlements The following was recorded on November 16, 2009 and appeared on Legal Broadcast Network The alleged investment scam by Fort Lauderdale attorney Scott Rothstein could top $1 billion, making it one of the biggest fraud cases in South Florida history, the head of the FBI in Miami said Thursday morning at a news conference. ``When it's all said and done, I estimate that this scheme could well exceed one billion dollars,'' said FBI Special Agent in Charge John Gillies. He would not talk about whether others may have been involved with the lawyer's alleged Ponzi scheme, but said ``I do not believe this was a one-man show.'' His remarks came as the FBI and IRS sought the help of possible victims of Rothstein's alleged scam. They are urging investors of any kind to contact the FBI by telephone or e-mail with information about their investments, verification of those investments and other details. Agents will then pore over the information and first respond to the biggest victims -- a process that could take weeks. Asked why the FBI had not yet arrested Rothstein, Gillies responded: ``We are conducting this investigation in a timely manner, but we will not be rushed. We will be thorough, and we are far from over . . . I'd like to let the public know this case is going to take time.'' For more information contact John Darer at 203-325-8640 or via email to jdarer@4structures.com

In its press release of September 18, 2009 The Legal Broadcast Network, a premier news, commentary and broadcast platform for lawyers, educators and journalists announced that John Darer, yours truly, has joined the network as a commentator.

I will be working with the LBN staff to put together regular interesting, entertaining and informative shows which will take advantage of growing popularity of the video medium to delivery the message on issues of the day in our world.

Subscribers and those who really enjoy my blogs need not fret, they are not going away.

Following is my interview with Jan Schlichtmann which appears on the Voices of The Law Channel of The Legal Broadcast Network. Watch the interview and learn why I became a watch dog and why do what I do.

Note: A portion of the interview deals with "the Connecticut woman" factoring saga which at the time of the interview (April 16, 2009) had not been resolved. Background reading on that case can be found at this link Bentzen Funding Apology Letter...From "Cash Now Pusher" Structured Asset Funding President!