What Kind of a Company Targets a Philadelphia High School Student?

Law First Finance LLC submitted a structured settlement transfer petition to Philadelphia Court of Common Pleas earlier this month. The seller was an  18 year old high school student, a person of color, "who should have graduated already. Currently pregnant and failing school again and may drop out", according to a copy of an email communication I was provided on Friday, authored by someone with first hand knowledge. Yet transfer documents submitted to the court in support of the transfer petition say that she was selling hundreds of thousands of dollars in payments from John Hancock Life and MetLife for $286,000 to "pay for college and buy a car". According to the child's concerned mother, she just turned 18 and was "signed up" already.   It's really too bad there isn't a structured settlement predator registry.

A potential buyer declined to take the opportunity to acquire the payments as they had no documentation as to the legitimacy of the could be provided by Law First Finance. According to public record the company is run by Tim Harner and the paperwork was processed by an attorney, also white, by the name of Mark T. Sophocles from Paoli Pennsylvania. The originator was unable or unwilling to produce collateral documentation such as notice of hearing, petition, disclosures, contracts, or annuity policies documenting the legitimacy of the purported transfer, according to the potential buyer.

The potential buyer felt that it appeared that there was something bad happening. The potential buyer notified other purchasers in the industry to warn them December 16, 2020 that it appeared someone was trying to defraud the high school student.  On December 18, 2020,  legal counsel for MetLife and John Hancock were notified to warn them that it appeared a fraud was taking place. His email was intended to make the legal counsel to those carriers aware that the potential buyer did not acquire the payments and no transfer of these payments to them should occur in the records of those companies.   It further notified the carriers that if any payments get sent to this potential buyer by accident from the respective insurance carriers, it would only be an administrative error on their part and the payment will be returned to the carrier immediately.

Several months ago I reported in multiple blog posts about the ongoing Barber case, which involved the predation of a Pennsylvania minor's structured settlement  That case of course involved two other structured settlement factoring origination firms, one of which is associated with the President of the National Association of Settlement Purchasers. There continue to be instances  all over the country where young adults are targeted when they are still in high school, or shortly after they graduate.

As to the case involving the high school student, two orders were issued approving the structured settlement transfer.  What was the judge thinking?   Were material facts omitted? 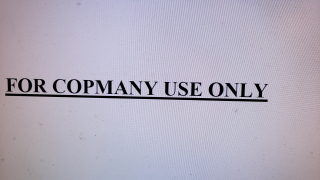 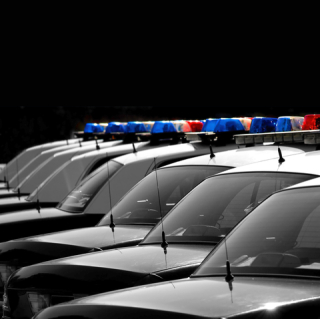 "For Copmany Use Only!"

One company, Independent Life publishes a series of covenants concerning  structured settlement transfers.  A number of them would have stopped this deal in its tracks!

1. Independent Life will not solicit its annuitants to do IRC 5891 transfers.

"All men make mistakes, but a good man yields when he knows his course is wrong, and repairs the evil. The only crime is pride".  Sophocles 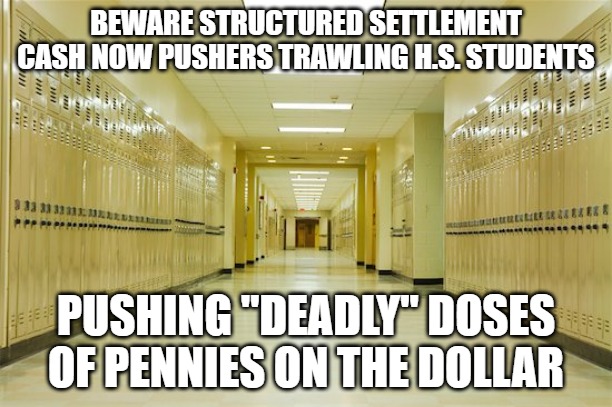 Following the publication of this post I first heard from Tim Harner of Law First Finance, LLC. Harner represented a somewhat different version of the story and claimed that they pulled the deal from the potential buyer who was our source.  I asked him to supply proof, because what I cited above was quoted from an email I saw from the child's mother, which has been quoted as indicated. Harner further felt that the 9.5899999999999999% (to the 16th decimal point) was fair.  It's fairer when compared to higher rates, but not so completive when you consider that companies such as CrowFly claim an average discount rate of 6%,  9.589999999999 it paints a different picture.  It is well settled that the secondary market is more competitive for those that shop around.

Harner indicated he had dirt on another competitor of his from Pennsylvania, who was doing a massive profit deal at a much higher double digit rate with a sibling of CP and said he would supply me with supporting information. That Harner had this information and would be supplying it was confirmed by lawyer Mark Sophocles in a discussion I had with him on New Year's Eve.

Knowing that structured settlement factoring companies are entertaining and doing pennies on the dollar deals with high schoolers and other vulnerable, unsophisticated folks is squarely in the public interest, in my opinion.