Time For NY To Prosecute Structured Settlement Factoring Companies and Reps "Providing Advice" WIthout a License? 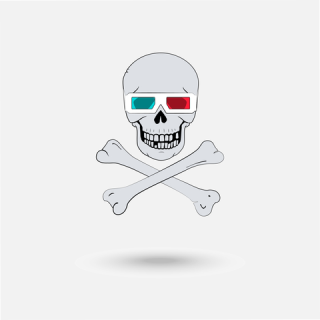 Annuity Sold LLC, a company from Owings Mills Maryland consented to a crippling 7 year ban in January, after a Maryland Attorney General investigation. In 2015, Annuity Sold, one of several Ryan Blank and Richart Ruddie run companies banned, fraudulently advertised it was licensed in all 50 states (which would include New York). Einstein Structured Settlements, another Ryan Blank/Richart Ruddie associated brand, claimed to have a "team of financial experts" and talked of "maximizing your settlement" when all they would be doing is arranging for New Yorkers to be fleeced for pennies on the dollar, subject to a judge's approval.

If New York State wanted to exact punishment on "carpet bagging" out of state or out of country companies that have preyed and continue to prey on New Yorkers by providing unlicensed financial advice, there is already foundational support.  Consider the following opinion of the Office Of General Counsel of the New York State Department of Financial Services issued in January 2005.  Will it help turn the structured settlement factoring company practice of masquerading as "structured settlement brokers" or "advisers" on its head.

The opinion answers the following question

"May a risk manager (consultant) licensed as such in his home state (but not licensed as an insurance agent, broker or consultant by New York) review insurance policies of a New York insured for a fee (and provide advice regarding the same) if the consultant conducts such work by telephone and mail and never physically enters New York State?"

As quoted from the opinion, N.Y. Ins. Law § 2102(b)(3) provides "Unless licensed as an insurance agent, insurance broker or insurance consultant with respect to the relevant kinds of insurance, no person, firm, association or corporation shall receive any money, fee, commission or thing of value for examining, appraising, reviewing or evaluating any insurance policy, annuity or pension contract, plan or program or shall make recommendations or give advice with regard to any of the above."***

One factoring company's national director has held himself out in writing as a  "financial coach to structured settlement recipients and lottery winners". He has also stated that he "educates structured settlement recipients and lottery winners nationwide. This begs the question of whether he or his company do any business in the State of New York?  Neither the individual in question nor the principal of his company are listed as even having insurance licenses in their own business domicile.

Does the man's or his company's "financial coaching" constitute "making recommendations or giving advice with regard to an annuity contract" in violation of the New York State Insurance law? Part of what he or his company do is clearly to review the recipient's annuity contract and relevant documents pertaining thereto. They advertise and solicit such persons via electronic means. And there is compensation involved.

Taking it a step further, is there investment advice being given in any discussion between a structured settlement recipient and the factoring company representative that would require licensing by FINRA and/or other authorities.

In the context of providing advice, citizens of New York, representatives of some structured settlement factor companies have coached New Yorkers to commit fraud. There is way too much anecdotal evidence to be dismissed as outliers.

If what they do constitutes giving advice do they have Errors and Omissions Insurance?

The purpose of the licensing and regulation is to protect the consumer. My colleagues in the industry spend time and money licensing ourselves to comply with regulations. Why should any  factoring company representatives, or factoring companies themselves, be exempt from licensing and regulation when they hold themselves out to the public as "structured settlement brokers, structured settlement consultants, experts etc". and giving financial advice?

*** while other states laws are not cited here we are looking into this and expect there to be some similar to New York's law.