The legal analyst and former United States Attorney dissed the structured settlement industry in late 2009 in his representation of the former law partners of convicted Ponzi felon Scott Rothstein, by labeling what Rothstein was peddling, structured settlements. The label appeared in a civil complaint although, in my opinion, the description attributed to the alleged transactions described in such document could not reasonably have been considered structured settlements by anyone knowlegeable on the subject. The problem for those of us in the industry is the potential for misperception by those less knowledgeable on the subject.

Moreover, the criminal complaint against Rothstein mentioned NOTHING of structured settlements. Why has Kendall Coffey proliferated the confusion, in the interest of self promotion, by continuing to post a video interview with Fox News that suggests that Rothstein was actually selling structured settlements? I've asked Kendall Coffey to prove it, take down the video, or correct the inaccuracy which led to a storm of misinformation from the national and South Florida Press that we continue to fight to this day.

Following is an email that I sent to Kendall Coffey on March 30, 2011

Dear Mr. Coffey,
In 2009 you filed a complaint against Scott Rothstein on behalf of your clients, in which you used the term "structured settlements" to describe transactions which could not be defined by anyone with knowledge on the subject as structured settlements. However, they could best described as pre settlement funding transactions not structured settlements.
As you probably know the criminal complaint against Rothstein contained nothing about structured settlements  http://structuredsettlements.typepad.com/structured_settlements_4r/2009/12/scott-rothstein-arrested-criminal-complaint-contains-nothing-about-structured-settlements-boo-yah.html
It is my understanding that on November 8, 2009, Mr. Alan Sakowitz appeared on WPLG-TV to discuss the Rothstein case with you and reporter Michael Putney. During the discussion, when you suggested that Rothstein was selling “structured settlements,” we understand that Sakowitz corrected you, noting that the legal settlements in question could not have been structured settlements.
AmLaw Daily journalist Brian Baxter reported November 16, 2009 that " Coffey explains that Rothstein sold structured settlements in sexual harassment and qui tam/whistleblower suits to investors, some of them hedge funds". "Rothstein promised people double their money back or something like a double-digit return in a finite timeframe," Coffey says. The finite time frame was under 6 months, returns impossible with legitimate structured settlements.
Thus as the structured settlement industry watchdog I question why a distinguished attorney like you would continued to proliferate what appears to be misinformation by posting your video on Fox News Live and a transcript on your website where the interviewer asks you. "Now you’ve got this lawyer, Mr. Rothstein, also trying to sell structured settlements to people"  (emphasis added)
http://kendallcoffey.com/documents/transcripts/rothsteinScandal.htm
In the wake of the Madoff scandal, your statements necessitated a massive media counter blitz to stem the media "virus" appeared to have been triggered by your statements, actions or inactions. As part of a group of practitioners who serve injury victims for over 20 years, we simply cannot have someone associate structured settlements with a Ponzi scheme, if inaccurate.
If you have written proof of offering circulars or testimony that you can share that Rothstein actually offered structured settlements that can justify your continued posting please supply them.
If you cannot supply proof within 10 days,  kindly remove the web page in question or, please add an asterisk to the term "structured settlements" ,correct the inaccuracy and notify us by return email.
Those copied to this email include executives with the National Structured Settlements Trade Association and the President of the National Association of Settlement Purchasers, all of whom share an interest in seeing that structured settlements are properly defined in the media. I have further copied Paul Brinkmann of the South Florida Business Journal who is a local reporter with an expressed interest in this story.
Very truly yours
John D. Darer, CLU ChFC CSSC RSP
4structures.com, LLC
We Know Settlement Planning®
43 Harbor Drive, # 309
Stamford, CT 06902
USA
(888)325-8640 Toll-free USA
(203)325-8640 Local/International
(203)561-6560 Worldwide mobile and Blackberry text
(203)969-2303 FAX / (203)547-6110 eFAX-USA
(0207)138 2578 eFAX- United Kingdom
Email: structures@aol.com Skype: JohnDarer
Websites: www.4structures.com and www.4structures-espanol.com
Blog: http://structuredsettlements.typepad.com
MEMBER: National Structured Settlement Trade Association
MEMBER: Society of Financial Service Professionals
CA License 0761076. Also licensed in other states in the USA
In MA, 4structures.com, LLC aka 4structures Insurance Services
in CA, 4structures.com LLC, aka 4structures Settlement Insurance Agency OF19785

I'm never too busy to help someone you know and care about. So please don't keep me a secret!" 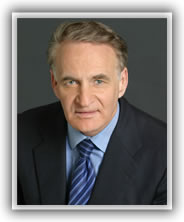