Sorry to go off point here but I just can't shut up about Tom Nomako's shoddy reporting in Wednesday's New York Post about the above captioned incident that Nomako calls "similar to the one that force a US Airways plane to splash down in the Hudson in January". 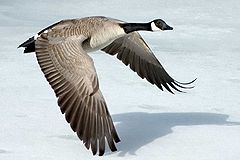 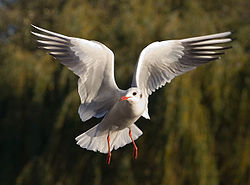 " We're gonna be in the Hudson"

"The passengers came off the plane and after coming inside the terminal...only then did they    learn about the bird strike"

It's kind of frightening. When we landed I was kind of sleeping and jolted me" 16 year old passenger

"No one panicked," said Ariana Serpico, 26, who was aboard with her 2-year-old daughter. "We didn't  even  know what was going on."

Posted at 12:55 AM in Check Your Facts Dude!, Come On Journalists! Get a Grip!, Irresponsible Reporting, New York Post, Pardon My Pontification, Tom Nomako | Permalink | Comments (0)

Hemmer-ing and Hawing... If Only The Media Could Be Sanctioned For Excessive Embellishment

Check out this Fox News howler!

ox News  LA reporter and fellow Syracuse alum Wiliam La Jeunesse stated that the government "injected" another another $40B into AIG . In fact the amount was $37.8B and what actually transpired was that the Federal Reserve Bank of New York will borrow up to $37.8B in investment grade fixed income securities from AIG  return for cash collateral. The securities were previously lent by AIG's insurance company subsidiaries to third parties.
Amount of Fox News Embellishment $2.2B. YEAH $2.2 BILLION!

TOTAL AMOUNT OF FOX NEWS EMBELLISHMENT OF AIG FIGURES $2,200,056,656.29
Aren't you glad that Fox News is not accounting for the government's money?

If only there could be a government oversight committee into media embellishment and the effect of such irresponsible reporting on financial markets.  We have have freedom of the press, we have truth in advertising, how about truth in reporting?

Fox news claims a media victory for AIG's decision to cancel another sales meeting at Half Moon Bay.  Hemmer back slaps William La Jeunesse on "great reporting" and gushes  "what a win for the tax payer!"

Why does the media seem to have a disconnect between the successful insurance operations of AIG and the AIG Financial Products division that caused all the problems. Clearly the core insurance aspect of the AIG business has been run profitably. The armchair quarterbacks at Fox News who can't seem to get their facts straight seem to have no understanding of the insurance business.  In order for the government to get its money back the insurance business will have to continue to be run profitably. La Jeunesse had a throw away comment about this at the end.

Fox News makes no mention of the fact the conferences at such resorts must substantially be paid for in advance and were paid in advance of the bailout AND that an attrition rate applies if AIG, or an other company fails to meet its contractual obligation to the reservation. So one way to look at the Fox News heroes gloat is that media pressure screwed the tax payers because the insurer will now have to pay the attrition charge and that scheduled business will likely have to be rescheduled for a much later date.