2. While lump sum cash settlements are income tax-free for physical injury cases, if the money is placed in a traditional investment, then any growth is subject to income taxes.
Comment:  Not exactly. The answer fails to recognize capital investments that produce capital gains.

So it would be inaccurate to say that "if the money is placed in a traditional investment, then any growth is subject to income taxes". 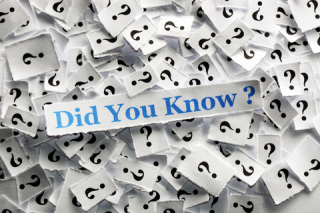 Structured settlement annuities are not tax exempt. The focus is on the damages

I'm sure that the false narrative is not intentional, but what is surprising is the false narrative is articulated in public facing communications by certain people and companies with credentials and experience. Those who spread the false narrative, even unintentionally, may be used as sources of "validation" for content barfers in (or serving) the structured settlement secondary market. Clearly this does not serve the greater good for consumers or the industry.

Does a Court Have to Set Up a Structured Settlement to Avoid Taxes? 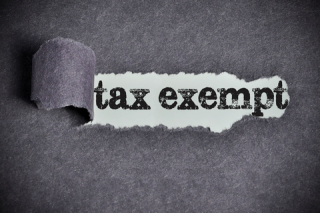 Don't get Verklempt! Structured settlements are tax exempt for payment of damages under IRC Sections 104, 130 and 139F. Court approval is not necessary for the tax exemption

In some cases, a Court must approve a settlement, regardless of whether it includes a structured settlement.  Here are some examples of where court approval of a settlement is generally required:

Damages are a sum of money paid as compensation for a loss or an injury. It is the type of damages that govern the taxation. These types of damages are tax exempt:

(a) In the case of any wrongfully incarcerated individual, gross income shall not include any civil damages, restitution, or other monetary award (including     compensatory or statutory damages and restitution imposed in a criminal matter) relating to the incarceration of such individual for the covered offense     for which such individual was convicted.

Structuredsettlements.com Unreliable and Illiterate on Tax Status of Structured Settlements Structuredsettlements.com "Crap on Crostini" about Taxation of Structured Settlements

Do I have to pay taxes on my structured settlement?

"The short answer is typically no. The tax status of your structured settlement payments is set when your settlement issuing company structures the settlement and rarely changes. Money you receive from a personal injury or medical event isn’t considered income and so it isn’t taxed like income, according to Section 104(a)(2) of the Internal Revenue Service’s code."

11 Reasons Why StructuredSettlements.Com is A Load of BS

The Taxpayer Relief Act of 1997 amended the Internal Revenue Code, adding workers’ compensation payments under IRC § 104(a)(1) to the language of IRC §130, making them eligible for qualified assignment the same as physical injury or physical sickness tort claim payments under IRC § 104(a)(2), but applicable to claims under workmen’s compensation acts filed after the date of the enactment of the Taxpayer Relief Act (August 5, 1997).

On or prior to August 5, 1997, workers compensation parties could only make limited use of structured settlements where the future periodic payment liabilities were assigned (at the Safeco Life's SAFECO National facility) or through reinsurance, where the employer was insured.

The Appellate Court stated in its ruling:

"Jose M. Dulanto and Ana M. Dulanto appeal pro se from the Tax Court's judgment concluding that a payment that Ana M. Dulanto received in a settlement agreement was not excludable from their gross income and assessing penalties. We have jurisdiction under 26 U.S.C. § 7482(a)(1). We review de novo the Tax Court's conclusions of law and for clear error its findings of fact. Rivera v. Baker West, Inc., 430 F.3d 1253, 1256 (9th Cir. 2005). We affirm.

The Tax Court did not clearly err in concluding that the Dulantos failed to produce sufficient evidence that they acted with reasonable cause and in good faith, and thus properly found that the accuracy-related penalty was appropriate for the Dulantos' understated taxes. See 26 U.S.C. § 6662(a), (d)(1) (authorizing penalty for substantial understatement of taxes when understatement exceeds the greater of ten percent of the tax required to be shown on the tax return or $5,000); DJB Holding Corp. v. Comm'r, 803 F.3d 1014, 1022, 1028-31 (9th Cir. 2015) (setting forth standards of review and discussing penalties under § 6662 based on substantial underpayment and circumstances for applying exception under § 6664(c)(1) regarding whether taxpayer had reasonable cause for his position and acted in good faith).

The Tax Court did not abuse its discretion in denying the Dulantos' motion to continue because it was filed within 30 days of the trial date and the Dulantos were aware of Ana M. Dulanto's disability before that period. See Tax Ct. R. 133 (a motion for a continuance is granted only in exceptional circumstances, and if filed within 30 days of hearing, it ordinarily will be deemed dilatory and will be denied unless the ground therefor arose during that period or there was good reason for not making the motion sooner); see also Woods v. Saturn Distribution Corp., 78 F.3d 424, 427 (9th Cir. 1996) (standard of review)."

While the decision is not specifically about structured settlements, it does underscore the importance of good settlement documentation. 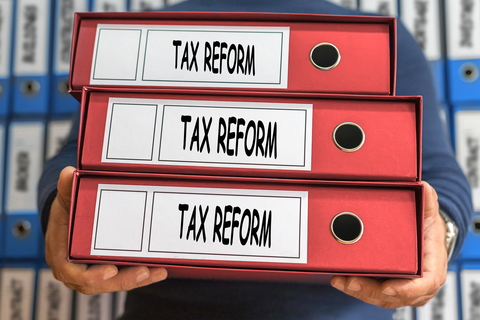 What is Destructive Receipt?

If a General Release has been signed and delivered to the defendant's legal representative, the tax benefits of a structured settlement may be lost. The ramifications may be costly for both the plaintiff his or her lawyers. Constructive Receipt is "destructive receipt" from a financial standpoint.

Why Would a General Release Be Fatal to a Structured Settlement?

A standard general release fails to satisfy the requirements to establish a structured settlement because of the fatal words "receipt of which is hereby acknowledged". Even though money has not yet changed hands constructive receipt has occurred.  Where constructive receipt has occurred in a case involving taxable damages such as an employment or commercial damage case, there is potential for tremendous tax exposure that could have been easily avoided and a potential malpractice exposure for the attorney.

Use of Annuities Supported by CDC Stats

Life expectancy has been increasing for several reasons, according to Robert Anderson, PhD, chief of the Mortality Statistics Branch with the CDC's National Center for Health Statistics. who added, "improvements in heart disease and stroke mortality have had a big impact. That's a large proportion of total deaths and that's where the action really is in terms of improved life expectancy. That's really what's driving the trend."

A recent analysis by the Institute of Medicine suggests that increases in life span in the United States are not matched by increases in "health span" -- time spent living in good health, Katz said.

"A long life with a high burden of chronic disease -- such as diabetes, heart disease and chronic obstructive pulmonary disease (COPD) -- means more time living with illness and disability," he noted.

Structured settlements annuities can provide a "steady job for life" providing stable guaranteed income that is income tax free if paying for damages that qualify under IRC sections 104(a)(1) or 104(a)(2).