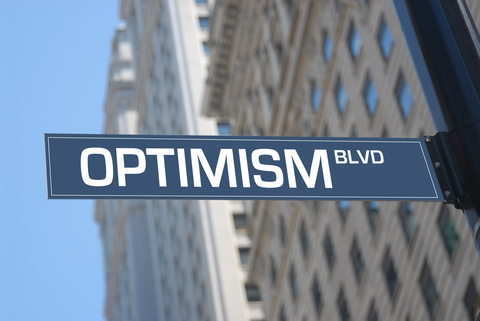 Where Pat Hindert Sees Bleak I see Strands of Optimism

The fact is that premium is up 7% year over year, according to industry statistics annually compiled by Melissa Evola of SFA.  It's worth noting that production increased despite the withdrawal of two companies from the market in February 2013. It is also not clear if the numbers of those companies for Q1 2013 were counted.

The withdrawal of Allstate has quite clearly made a major difference in the production of Liberty Life, which has filled the void for annuity non qualified assignments. It is truly remarkable if you consider that Liberty Life Assurance Company is considering, but does not presently do the structured sales, structured celebrity endorsement fees and structured oil and gas lease bonuses and creative uses of NQAs from which Allstate drew its aplomb, if my math is right and using Evola's stats, Liberty's business grew more than 35.8%. [ Based on Evola's stats 2012 Liberty production would have been $410,806,000;  $147,300,000 added to that would bring us to $558,106,000 in 2013].

The decrease in non qualified annuity premium cited by Evola and trumpeted by Pat Hindert is unremarkable at $6.2 million. It is prima facie evidence that Liberty and the brokers who support it  "did the business". Bravo!  And we can do better! It is unclear whether Melissa Evola's stats included the TFSS/ Structured Assignments Inc, non qualified assignment production that funds with treasury obligations and does include structured sales. Evola's stats do not speak about alternative non qualfied assignment products from Kenmare Assignments, new entrant Havelet Assignments, or the fact that peridodic payment reinsurance programs through National Indemnity and MetLife are viable solutions to non IRC 104(a)(2) cases where the payor is an insurance company.Speaking from my own personal experience,  demand is improving on the non qualified side. Given the number of calls I get per week on structured sales and the expressed comfort with an annuity funded product, I might be able to make up the industry slack on my own if the solution were available.  I know of one broker in Texas who could probably do that in a good afternoon.

AmGen's numbers will undoubtably improve when it eventually earns an A+ rating from A.M. Best. Their rates are generally among the most competitive.

The introduction of the Pacific Life indexed linked structured annuity rider in Q2 2014 will be a positive step for the industry to increase opportunities and I hope it inspires others who have similar products on their retail shelves to adapt and make them available to the distribution channel.

Prudential has just released a moving testimonial video featuring a widow who received a structured settlement as part of her pilot husband's workers compensation settlements. As amusing and annoying the JG Wentworth commercials are, it's good to see a video that associates the term "structured settlement" for what it really is and really does.

Bumps in the Road

The primary structured settlement industry has been in the process of retooling for several years. Many individual players and/or companies have already found ways to sell the product or service for the core income and risk anagement tool that it is as opposed to simply selling interest rates.  If you started participating in the structured settlement business after 1984 you would for the most part have been dealing with a sequence of lower interest rates. SOMEHOW  (eye roll), we managed to do $6B, more than 20 years later, when interest rates were less than half of what they were in 1984.

Hindert likes to posture the debate as the settlement planning model v the claims model. It's not as simple as that, in my opinion. It's a skill set, it's knowledge and ability to articulate and the ability to harness the modern day 21st Century tools at your disposal to promote your business while not forgetting some of the lessons and skills from the 20th Century.