On March  24, 2020, Lajuan Davis refused independent professional advice and paid for it by stiffing himself for the $65,000 he could have got with a 5.4% discount rate, according to our source, which would have raised $140,000 in cash for $220,000 worth of lump sum payments. He might have even been able to do better than that. Instead Davis's structured settlement was harvested by piggy Orange Blossoms LLC, which paid him only $75,000.  Orange Blossoms, LLC is located at 5300 W Atlantic Ave STE 200, Delray Beach, FL 33484, the same address and suite number as Rising Capital Associates.

The effective discount rate on the deal was 13.65% which is not even in the  ball park of competitive. And Judge Caroline Tesche Arkin approved it May 5, 2020.

In Re: Approval of Structured Settlement Payment Rights by Orange Blossoms, LLC, Petitioner and L.D., Respondent

If Lajuan Davis needed only $75,000 then he could have kept some of his tax free structured settlement payments. Instead he effectively grossly overpaid the buyer and/or their investors, St James Receivables, LLC.

The lesson to be learned is to always shop around, no matter what.

The New York Law personal injury law firm of Trollman Glaser & Lichtman did a fine job with its recovery for then 7 year old Nadya Verdesoto in 2003.  Nadya's structured settlement with Travelers provided for the following

The settlement was approved by Judge Bertram Katz 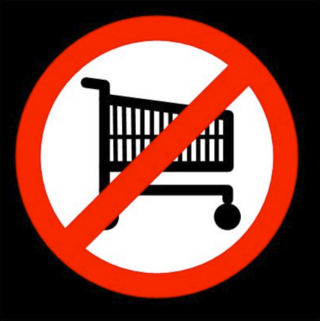 Did Seneca One, LLC recommend a trip on the "South Florida Special"?  Did Seneca One pitch Nadya Verdesoto That The Deal Could Be Done in Florida after New York judges rejected 3 times?
Wouldn't be the first time that a NASP member tried to circumvent the New York Structured Settlement Protection Act

Now pay attention to the dates...

Sometime in early 2015, Nadya Verdesoto hooked up with Seneca One, the same Chevy Chase MD company and member of the National Association of Settlement Purchasers that completely hosed an Oklahoma MetLife annuitant for a spread in excess of $1 million  (details in a post from earlier this week)

On May 15, 2015 a petition to transfer structured settlement payments was submitted to the Bronx Supreme Court and it was denied.  A motion was made to reconsider and THAT was denied. Then a final denial of the petition on October 26, 2015.

According to Nadya Verdesoto's 's public and open Facebook profile, she stated school at Bronx school of law, government and justice on December 22, 2015.  Nadya's LinkedIn says 2009-2014

According to Nadya Verdesoto's  public and open Facebook profile, she started Monroe College November 4, 2015. Monroe College, a subset of the City University of New York (CUNY) has branches in the Bronx NY, Queens NY, New Rochelle, NY as well as the St. Lucia in the Caribbean, but not Tampa.

On December 11, 2016 Nadya Verdesoto was issued  a voter registration card in Tampa Florida.  Although not sure if she's voting for Hillary or Bernie, the card says he is registered with the Democratic party.  The voter registration bears a New York number with a 917 area code .

A White pages search shows that Nadya Verdesoto has an address in Tampa Florida since November 2015, conveniently just days after the 3rd denial by Bronx County Supreme Court.

On January 22, 2016,  a petition to transfer was submitted in Hillsborough County Florida Circuit Court by Seneca One attorneys Fox Rothschild

On February 3, 2016 an amended petition was filed

On February 23, 2016 the amended transfer petition was approved by the Hillsborough County judge.

Ms. Verdesoto, who lacks a self-effacing Twitter name, states she lives in Bronx New York on her Facebook profile

Did Seneca One, LLC recommend a trip on the "South Florida Special"?  Did Seneca One pitch Nadya Verdesoto that the structured settlement factoring deal could be done in Florida after New York judges rejected 3 times?

Wouldn't be the first time that a member of the National Association of Settlement Purchasers, tried to circumvent the New York Structured Settlement Protection Act.  Stay tuned for Part Two