The Hartford Is a Good Neighbor

It was nice to read something good about The Hartford. Today Hartford announced that it will invest $7 million over five years to help redevelop the Asylum Hill section of Hartford, Connecticut, the state capital and corporate headquarters location of the insurer for almost 100 years.

That investment includes $2 million to help the city purchase and tear down a nearby vacant building considered one of the city's most blighted.

The rest of the money be used to support a number of city organizations, including several local schools and a shelter for women located in the city.

"Every day we provide millions of customers with the security and resources they need to achieve their goals and dreams for the future," said The Hartford CEO Liam McGee, at an announcement yesteday. "We will bring the same focus to our investment in the greater Hartford community, especially to Asylum Hill."

In reviewing the web page the structured settlement watchdog notes an inaccuracy in the "Important Note" which reads:

It is unlikely that Hartford Life Insurance Company has the obligation to make any structured settlement payments to you, very simply, because plaintiffs do not own structured settlement annuities. Even though you can engage a representative of Hartford Life Insurance Company to change the bank account for direct deposit, change a beneficiary or submit a change of address, you do not own the annuity.

You may have to check your settlement papers or the copy of the annuity contract, but it is more likely than not that the structured settlement annuity issued by Hartford Life Insurance company is owned by Hartford Comprehensive Employee Benefits Service Company, also known as Hartford CEBSCO.  This would be the case if there was a "qualified assignment".

To recap, the owner of the structured settlement annuity is the party obligated to pay you. The annuity is a "qualified funding asset". The settlement documents that you entered into when you settled your case will likely have expressly stated that you have no interest in the contract other than the right to receive the payments.

If you've ever been curious of the amount of work that goes in to a class action and the fascinating way that attorney compensation is determined in such cases, you need look no further than the August 16, 2010 Declaration of one of the attorneys involved in the recent class action settlement in Spencer v Hartford Financial Services, Inc.,  which was submitted in advance of the upcoming September 21, 2010 hearing to determine the final attorney fees.

For more information about the settlement please refer to the Hartford Settlement Class Action website.

Spencer v Hartford Settlement: For Some Reality Can Only Be Seen When The Mirror Is Clean

While you can count me as someone who had  disdain for The Hartford's erstwhile "all or nothing" structured settlement business decision, there are questions to be asked of those who now have aspirations to burn The Hartford and other insurers in effigy.

Ironically, one of the plaintiff attorneys in the class action, Richard B Risk, Jr., who was recently given a lifetime achievement award by the Society of Settlement Planners in part due to the  result of the suit,  was a licensed insurance agent and structured settlement broker for the early portion of the relevant times covered by the suit.

I find it pathetic that some in my industry have chosen to go down this road.  Yet I find it amusing to know that at some point the dots will be connected between these over the top marketers and their own failure to disclose.

"Reality Is Only Seen When The Mirror Is Clean"-Unknown

Spencer v Hartford Preliminary Settlement Approved: "What Each Class Member Will Get"

As is often the case with class action settlements, the gross proceeds are being deposited into an escrow account which, in September 2010, following court approval, will become a 468B Qualified Settlement Fund ( a tool commonly used in mass tort cases). Following a "Fairness Hearing" in September the process of distribution will begin.

So what does this really represent financially to the individual claimants? According to Spencer v Hartford "maven" Patrick Hindert (who famously over estimated the value of the case by tenfold):

To put things in perspective one has to remember that despite a number like $72.5 million, a settlement is a compromise.  The plaintiffs, through some very capable attorneys, made allegations of wrongdoing and sought to prove their case. After years of litigation and finally a mediation, the defendants, for their reasons, decided to settle and the plaintiffs agreed to settle.

To wit, stated reasons for settlement:

These are the reasons that cases settle each and every day all across the world.

Despite the manner of Hindert's implication that Hartford's response (to the allegations) in the settlement papers was somewhat unusual they are entirely routine:

He who made a gross miscalculation of the amount of damages (as a scare tactic) in Spencer v Hartford and "made" associate law professor Adam Scales "a household name", is now so emboldened by the proposed settlement to suggest that such case be "prostituted" and used as a threat to scare defendants into 468B trusts.

It's not like we haven't seen the scare tactic before. Look at the cottage industry that sprung up after Grillo v Pettiete et al. Cause No.96-145090-92 and Grillo v Henry Cause 96-167943-96, 96th District Court, Tarrant County, TX, whereafter plaintiff attorneys were lobbied by certain advisers over the perceived threat of legal malpractice. Sure plaintiffs should have proper advice. ANYONE should seek advice from someone credentialed and qualified to give it before entering into important financial decisions. But that case is still cited even though it is almost 18 years old. Given that there's a "huge threat" why have there been no other cases published and cited?

An IRC 468B Qualified Settlement Fund is a very useful tool for the right case. Recommending wholesale usage of the 468B QSF, particularly on smaller cases (often adds a needless cost that comes out of the plaintiffs' bottom line) is professionally irresponsible, in my opinion. It makes little sense to use a 468B QSF where a $50,000 structure is under consideration. Ironically the cost of the annuity for lead plaintiff in Spencer v Hartford,  Oshanya Spencer, was $52,000, with another lead plaintiff having an amount in the same range.

(1)In April 2009 he was even implying that the Federal pull its TARP Funds from The Hartford.  See Spencer v Hartford-3. Could that possibly be interpreted as having at heart the job security of thousands of insurance company employees ( many of whom are Connecticut residents and others who had nothing to do with the Spencer case), the financial security of the hundreds of thousands of structured settlement annuitants, retirees and life insurance policyholders of the Hartford?

(2) His unbalanced coverage of the financial crisis and attack on AIG at that time was "legendary".  Upon information and belief he has recently solicited the company for business. Read  AIG Structured Settlement Timeline: Hindert's Jelly Donut Missing The Jelly and Structured Settlements...The Day of "The Jackal"

Assuming the settlement in Spencer v Hartford was or is subject to a confidentiality agreement and/or under seal) and unless he was privy to internal settlement discussions, one wonders how Patrick HIndert could possibly know the specific reasons that Hartford decided to settle, other than to buy their peace.

Spencer v Hartford, a class action lawsuit about the former structured settlement business practices of Hartford Financial Services Group, has settled for an alleged amount that is 10% of what the "clairvoyant" alarmist  Patrick Hindert of S2KM and The Settlement Services Group pegged it to be on April 7, 2009. 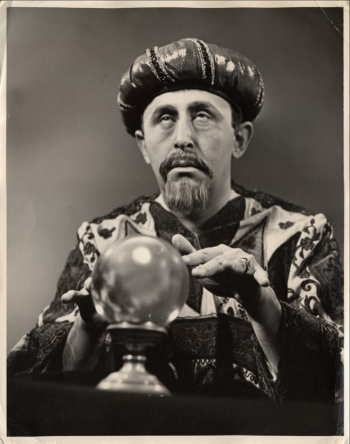 Hindert Should stick to his day job

Anyone care to hire Patrick HIndert as their economist?

While the crux of the lawsuit was WHO received the commission differential when structured settlements were placed on cases settled with Hartford's P&C company,  I opine that we can all breathe a sigh of relief that the "one or none" structured annuity issuer days of yore are likely gone thanks to the legal efforts of those involved this law suit.  Simply offering plaintiffs a single structured settlement option that was not always competitive only served to fuel plaintiff attorney skepticism and make EVERYONE's job more difficult than it needed to be and to what end?

The structured settlement watchdog would like to point out that while plaintiff lawyers reading of the Spencer v Hartford settlement should be enthused about the result, they should also be wary of settlement planners who go over the top in using it in their marketing efforts. Those plaintiff attorneys should consider the following:

The standard general agency contract which Hartford required its general agents to sign explicitly provided for a  lower commission to be paid where a case emanated from the Hartford PC cases. A number of "plaintiff exclusive" consultants may have been general agents of,  or affiliated with , agencies  that signed such an agreement.

Top of the morning to you Liam E. McGee, the Chairman, President and CEO of Hartford Financial Services Group, Inc. which announced March 31, 2010 that it has REPAID its US government bailout of $3.4 billion it took in June 2009. The company repurchased all of Hartford Financial Sevices Group's preferred shares issued to the United States Treasury under the Capital Purchase Program (a/k/a Troubled Asset Relief Program, a/k/a TARP).

The government still holds warrants for about 52 million shares of Hartford common stock at an initial exercise price of $9.79 per share.

S&P credit analyst Shellie Stoddard is quoted in The Insurance Journal as saying:

"The ratings affirmation reflects our opinion that HIG's brand and franchise survived a tumultuous 2008 and 2009 intact. HIG has retained strong competitive positions in U.S. savings and retirement, group life and disability, and small and middle commercial and personal lines property/casualty markets. Meanwhile, it has exited certain institutional funding and international markets and repositioned itself in the U.S. retirement market with a lower-risk variable annuity offering"

While the ratings have been affirmed the outlook has been changed to negative from stable due to net income recovering more slowly than expected due to investment impairments and realized losses.

Hemming the backwash of some bitter elements in the structured settlement industry, Standard & Poors DID NOT assign any value whatsoever to the individual or collective contributions of attorney Richard B. Risk, Jr., the Society of Settlement Planners or the Spencer v Hartford "groupies" to the rating action.